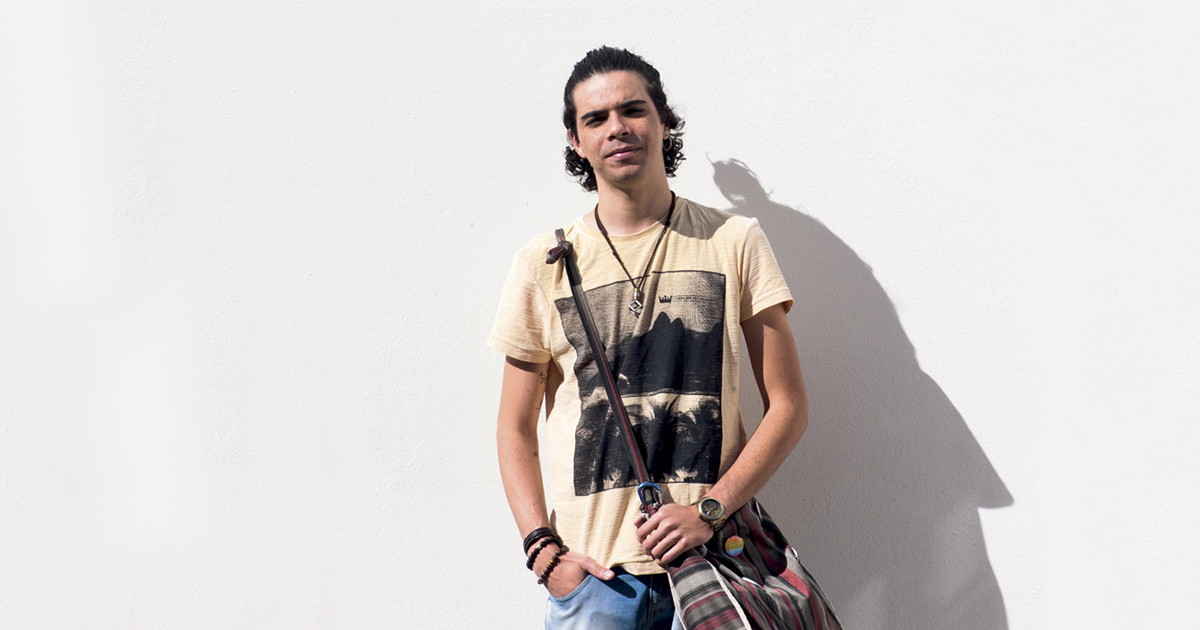 Biologist Felipe Roberto Francisco, 25, never entertained the idea of one day attending a public university. Growing up on the outskirts of Campinas, his plans as a teenager were to finish high school and take a technical course. His first choice was mechatronics, not because of any particular attraction to the field, but because he felt it would give him the best chance at a professional career.

But his path began to change at the end of 2010 when he attended a lecture on UNICAMP’s ProFIS program, which was to start the following year. “Registration was free, so I applied,” he says. A few months later he received a call from a friend, congratulating him on enrolling at the university. “I thought he was joking,” he recalls. “I couldn’t believe it when I saw I had been accepted.”

Francisco says that as far as he knows, he is the first person from his neighborhood of Jardim Eulina to attend a public university. His friends’ and neighbors’ experience of UNICAMP was limited to visiting the university hospital. At the age of 18, having been selected by the program, he quit his new job stacking shelves at a company in the city to dedicate himself to his studies. The scholarship and the transport subsidies granted by the university were essential to him being able to study full-time.

The main challenge he faced in the first few months was adapting to the new academic environment. He was unaccustomed to full-time education and the high requirements of the course. “Gradually, with the help of my peers and the teachers, I was able to overcome these difficulties,” he recalls.

His second-year scientific research project, on which he was supervised by biologist Vera Nisaka Solferini, ended up being fundamental to his choice of which undergraduate course to enroll in after completing the program. “I have always been interested in the concept of evolution,” he says. “But I also enjoyed learning about geology during the ProFIS program, and I was divided between the two fields. After attending classes from both courses and talking with the professors, I realized that I wanted to study biology in more depth,” he explains.

Francisco says that when he started his biology degree, he was afraid he would not be able to keep up with his peers. “I thought I needed to be twice as good just to close the gap that I thought existed between them and me.”

The curricular content of the ProFIS program and the experience it offers did not just give the biologist what he needed to complete his undergraduate degree, it also qualified him for direct entry onto a PhD course. “I studied in Professor Anete Pereira de Souza’s laboratory during my degree, and she invited me to do a PhD,” he says. “I was already interested in pursuing an academic career, so I accepted without hesitation.”

His objective now is to map the genome of the rubber tree (Hevea brasiliensis) and identify any genes of commercial relevance. In addition to studying his PhD, Francisco also teaches biology on the outskirts of Campinas as part of a preparatory course for university entrance exams. “Since I was educated by public funds, I feel like I should give something back to society,” says the student.