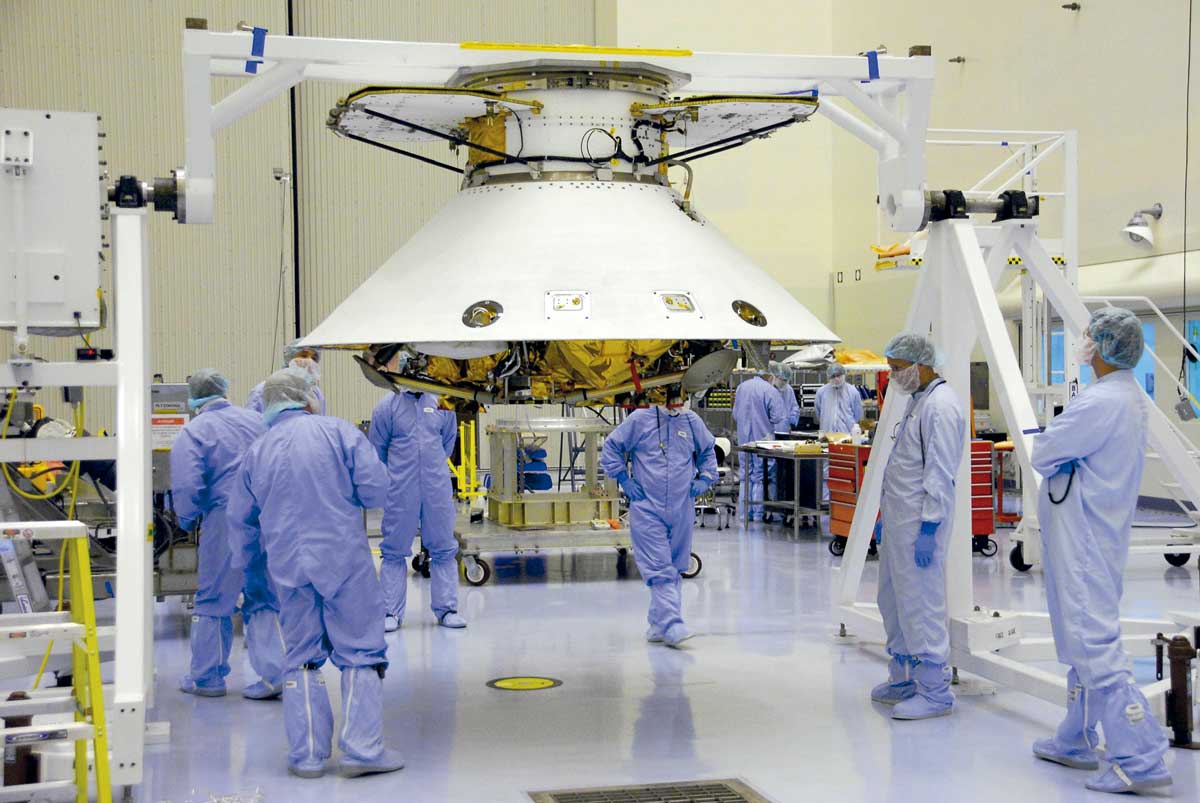 Phoenix spacecraft being tested in a clean room at Kennedy Space Center, Florida

No environment is considered cleaner than the special clean rooms where NASA builds its spacecraft and satellites. But no matter how thorough the cleaning regime, it is impossible to completely eliminate all fungi, viruses, and bacteria. Microorganisms can compromise efforts to detect extraterrestrial life by generating false results. To see how these organisms survive in ultra-clean environments, researchers from the California Polytechnic State University, USA, isolated strains of the Acinetobacter bacteria found in NASA workshops where the Mars Odyssey and Phoenix probes were built, and cultivated them on restricted nutrients. In the laboratory, the bacteria grew and multiplied using ethyl alcohol as its main energy source (Astrobiology, April 19). Evidence showed that the bacteria also grew on two other compounds used to clean these environments: isopropyl alcohol and Kleenol 30, a detergent often used to clean the floor. The results suggest that the chemicals meant to kill these microorganisms could actually be feeding them and helping them become more tolerant to sterilization.