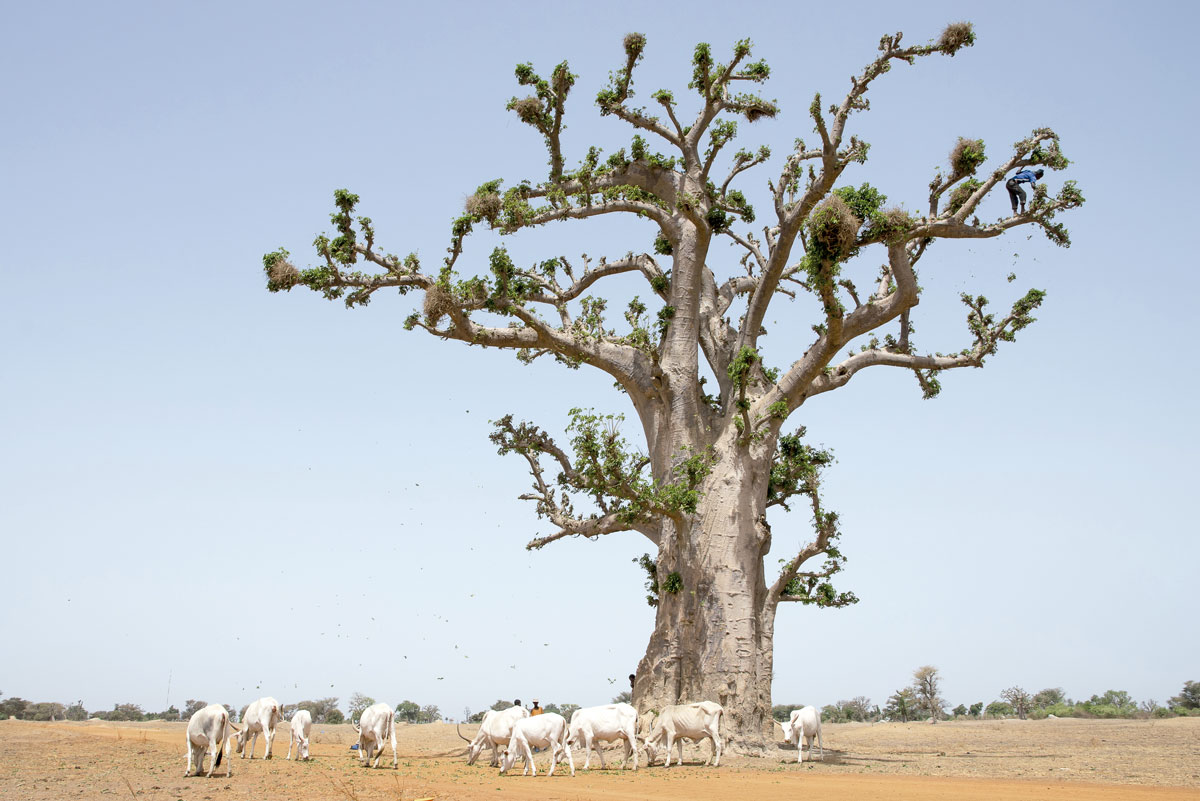 The majestic baobab trees found across the ​​African savannas are dying out. Between 2005 and 2017, researchers from Romania, South Africa, and the USA conducted an extensive survey of the largest known baobab species (Adansonia digitata). The largest, which are composed of up to 500 cubic meters of wood, and the oldest, which are up to 2,000 years old, are found in the south of the continent. They are the largest and oldest trees in the world. Scientists are only able to estimate their ages by submitting trunk samples to a new radiocarbon dating technique that uses accelerator mass spectrometry (AMS). The traditional method for estimating the age of trees, which involves counting the rings in the trunk, does not work because of the curious and only recently described architecture of the baobab (Nature Plants, June 11). The baobab trunk is not composed of one single stem. It branches at the base and forms a group of trunks, all of different ages. Over time they can merge, creating what appears to be a single trunk, but with a cavity in the middle. As well as the empty space in the center of the tree, the individual trunks are often hollow as a result of fungal decay, animal damage, or fire. The research team studied 60 baobabs. Nine of the 13 eldest died during the study—one of them, known as Panke, a sacred tree in Zimbabwe, was 2,450 years old. Five of the six largest also died. Pests have been ruled out as the cause of death. The most likely hypothesis is a reduction of soil water due to climate change.