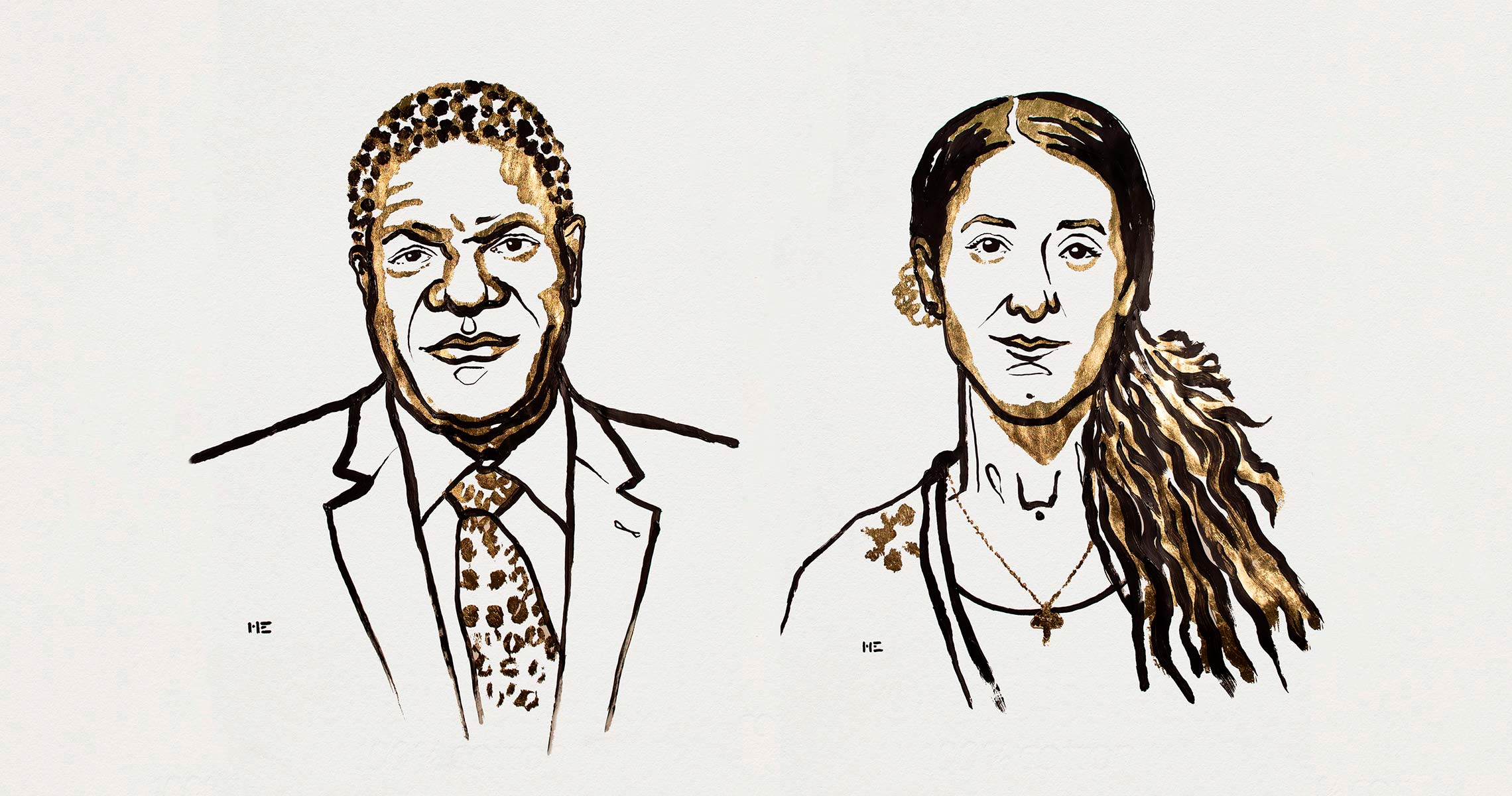 The Nobel Peace Prize was awarded to Iraqi activist Nadia Murad, 25, a former slave of the Islamic State in Syria, and Congolese gynecologist Denis Mukwege, 63, who treats rape victims in the Democratic Republic of the Congo. Both were honored for raising awareness of and helping to fight the use of sexual violence in wars and armed conflicts. Murad and Mukwege had already received the Sakharov Prize for Freedom of Thought from the European Parliament. Over the past 10 years, Mukwege and his team have treated 30,000 victims of sexual violence in a hospital in Bukavu, a Congolese city with 700,000 inhabitants. Sex crimes have been a prominent occurrence in the civil war that has killed six million people in the country. The physician also created a microcredit system to help victims restructure their lives. Named Goodwill Ambassador for the Dignity of Survivors of Human Trafficking by the United Nations Office on Drugs and Crime (UNODC), Murad is a member of the Yazidi ethno-religious group. She was living in a village in northern Iraq when the Islamic State attacked the region in 2014, murdering many of the villagers (including 18 of Murad’s relatives) and kidnapping girls and young women, who were held captive or sold as sex slaves. Murad suffered rape and abuse, and eventually fled with the help of a Muslim family.