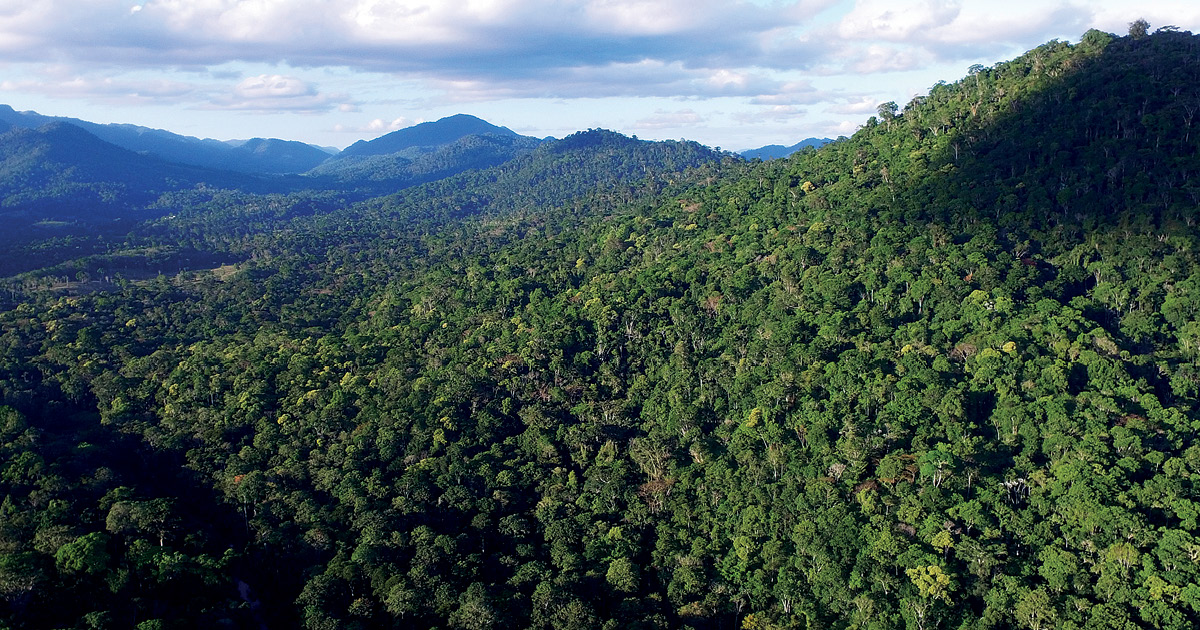 Reservation in the municipality of Camacan in southern Bahia

The Atlantic Forest, one of the most biodiverse and endangered environments in the world, may be faring better than previously thought. Data obtained from high-resolution remote sensors indicates that the forest covers 28% of the area it occupied before European colonization (Perspectives in Ecology and Conservation, October 22). According to the data, there are approximately 32 million hectares (ha) of Atlantic Forest, twice the previous estimate. The new survey was conducted by researchers from Rio de Janeiro, Pernambuco, and São Paulo, including Carlos Alfredo Joly, a professor at the University of Campinas (UNICAMP) and coordinator of the Biota-FAPESP Program. In the recently published study, the researchers analyzed data obtained in 2013 by RapidEye, a satellite that produces high-resolution images of the earth’s surface. While satellites traditionally used for biome monitoring usually generate images with a resolution of 30 meters (m), RapidEye has an accuracy of 5 m. It was thus possible to identify large areas of secondary forest that had not been mapped until now. The study also found that there are almost 7 million ha of degraded areas on the banks of lakes, rivers, and springs, of which at least 5.2 million ha must be recovered by landowners to meet current legislation. “Ensuring riparian areas comply with the law by recovering native vegetation alongside water bodies is critical to our water security,” says biologist Camila Rezende, a researcher at the Brazilian Foundation for Sustainable Development and coordinator of the study. According to Rezende, if these areas are restored in accordance with the Brazilian forest code, the Atlantic Forest could reach 33% of its original coverage within two decades. Despite the preserved area being larger than previously thought, the Atlantic Forest is still a biodiversity hotspot—areas with a high concentration of endemic species that have lost at least 70% of their original habitat.