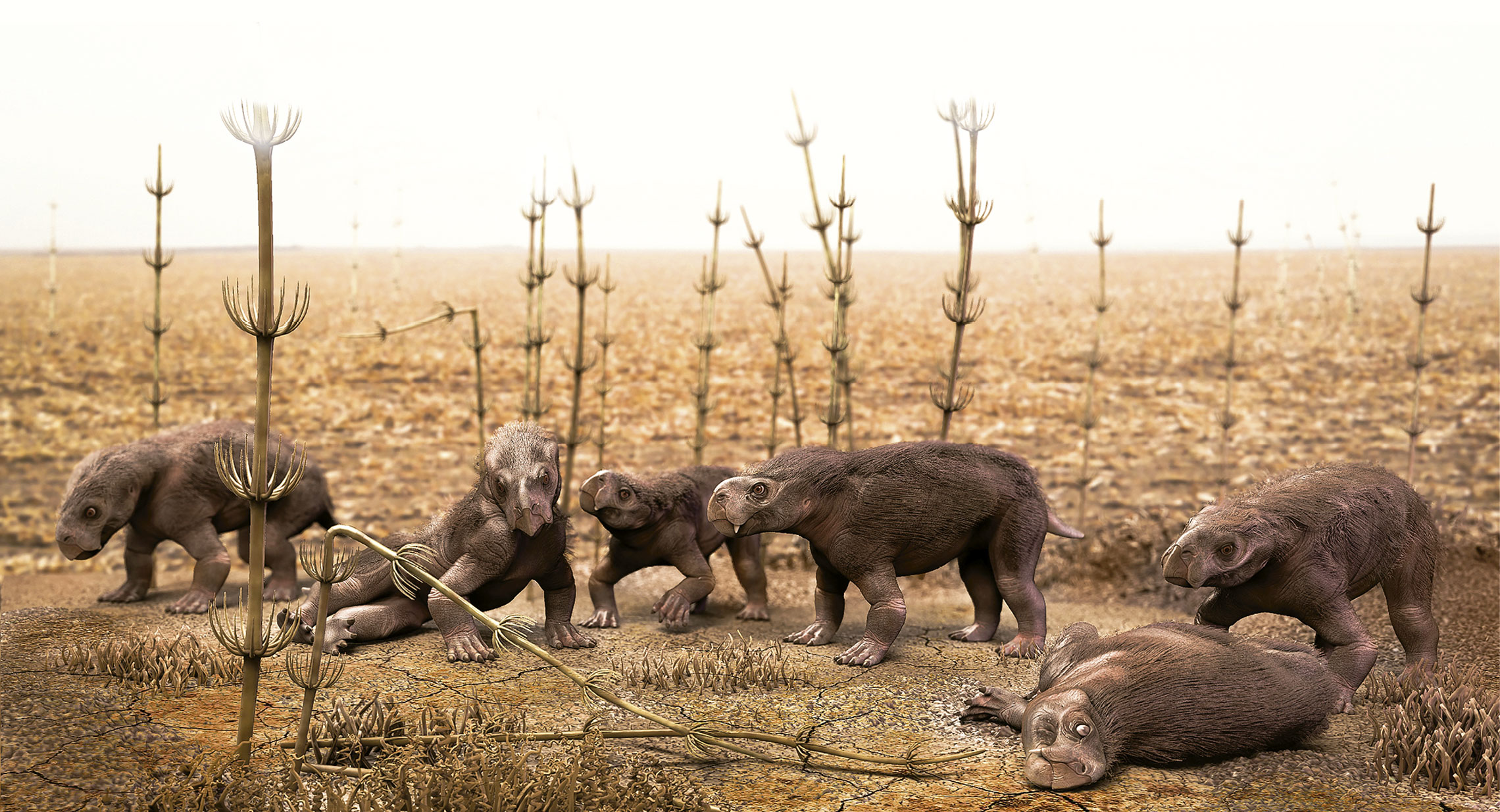 Artistic representation of a group of Dinodontosaurus juveniles

It has long been speculated that Dinodontosaurus, one of the largest herbivorous reptiles to have lived in the Triassic period between 250 and 200 million years ago, moved in large herds to protect themselves from attack by predators such as Prestosuchus and Decuriasuchus, distant relatives of modern-day crocodiles and alligators. The theory has been reinforced thanks to a recent discovery by researchers from the Brazilian state of Rio Grande do Sul. In excavations at paleontological sites near the city of Santa Maria, in the center of the state, they found an assemblage of fossils from at least six different Dinodontosaurus individuals. Skulls and jawbones were mixed together with bones from the feet, vertebrae, and ribs (Historical Biology, October 15). The reptiles were approximately 2.5 meters long and weighed up to 500 kilograms. They also had fangs similar to those of the iconic saber-toothed tiger. These large creatures, however, were vulnerable to attack by predators, hence the importance of living in herds—something commonly seen among today’s herbivores. Staying together in large groups may have protected the adults and helped the young to survive. According to the researchers, the fossils back up the hypothesis that this type of social behavior occurred among reptiles long before mammals existed.