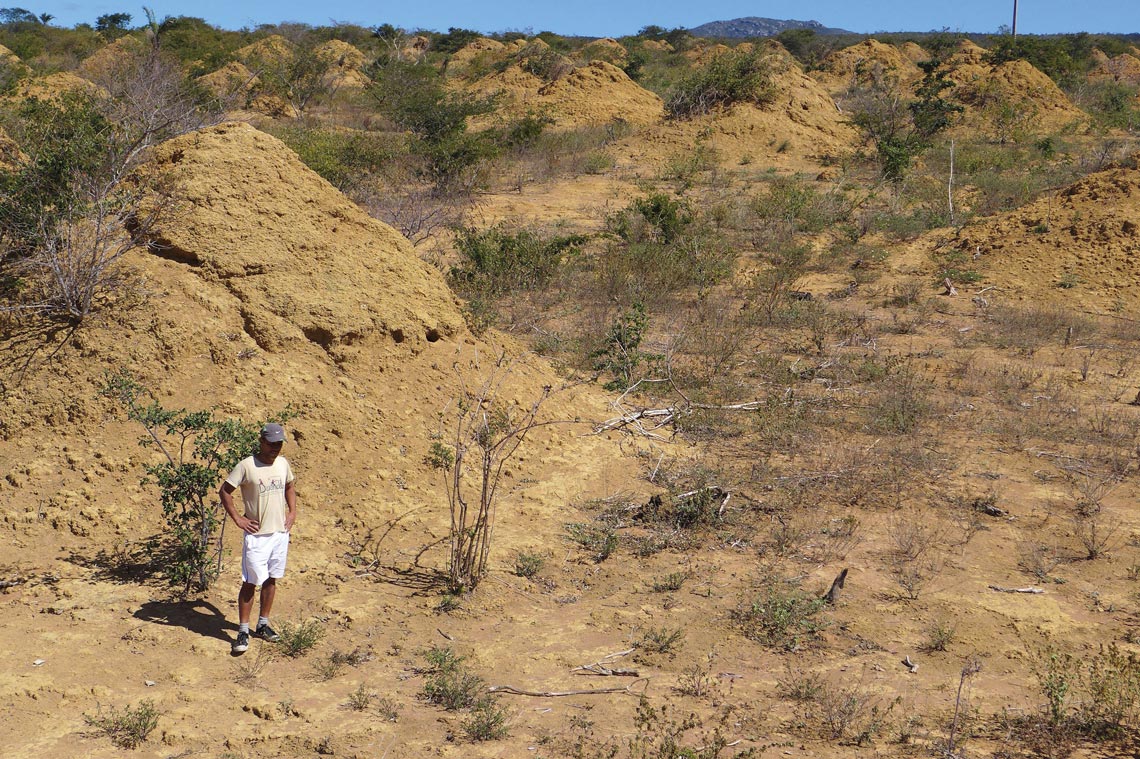 One of the termite mounds, which are 2 to 4 meters high

In June 2015, biologist Roy Richard Funch, from the State University of Feira de Santanam, published a study in the Journal of Arid Environments on the abundant termite mounds found in the semiarid scrublands of northeastern Brazil known as the Caatinga. The mounds can reach 2 to 4 meters (m) in height. In a more recent study (Current Biology, November 19), Funch and biologists from the United Kingdom and the United States reported on the possible origin and size of this vast network of mounds, which are preserved by the dry and untouched conditions of the uninhabited region. According to the paper, the estimated 200 million conical termite mounds, known locally as murundus, are not nests but deposits of earths created by the excavation of interconnected underground tunnels. They are spaced at regular distances of about 20 m. Up to 9 m in diameter, the piles of earth occupy an area of approximately 230,000 square kilometers (km2), larger than Great Britain (209,300 km2), and were formed between 690 and 3,820 years ago. They are almost as old as the oldest known termite mound, found in the Democratic Republic of the Congo, Africa, which is between 684 and 2,335 years old, 10 m high, and 15 m wide. The researchers also observed that the tunnels under the mounds are never left open. At night, groups of termites (Syntermes dirus) exit through small holes, collect leaves, and close them when they return.