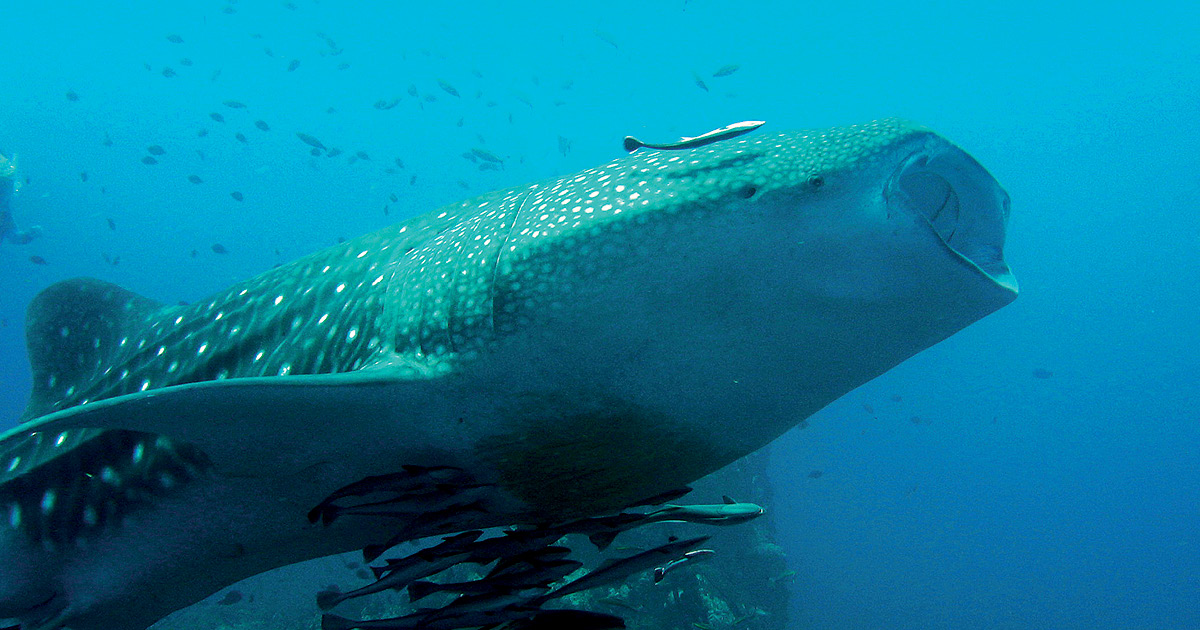 The whale shark, considered a delicacy in many Asian countries

The number of large wild animals on the planet, known as megafauna, is decreasing as a result of various human activities, including the consumption of meat and eggs, clearing of forests for agriculture and farming, laying of roads, use of rivers for energy production, and pollution. Researchers from five countries (Australia, Canada, France, Mexico, and the USA) observed a 70% reduction in the populations of 362 megafauna species; 59% are threatened with extinction (Conservation Letters, February 6). Hunting for meat and eggs is the most common threat, faced by 98% of endangered species. The situation is most serious for cartilaginous fish such as sharks and rays. The only endangered bird species of megafauna, the Somali ostrich (Struthio molybdophanes), which lives in Ethiopia, Somalia, and Kenya, is hunted for its feathers, skin, and meat. Among the amphibians, the Chinese giant salamander (Andrias davidianus), which can reach 1.8 meters in length and over 40 kilograms in weight, is considered a delicacy in Asia, and is critically endangered largely due to hunting. Similarly, the whale shark (Rhincodon typus) is hunted for its fins and meat, which are valued highly in Asian markets. Nine megafauna species have gone extinct over the past 250 years, including two deer species and two types of giant tortoise, one of which died out in 2012.