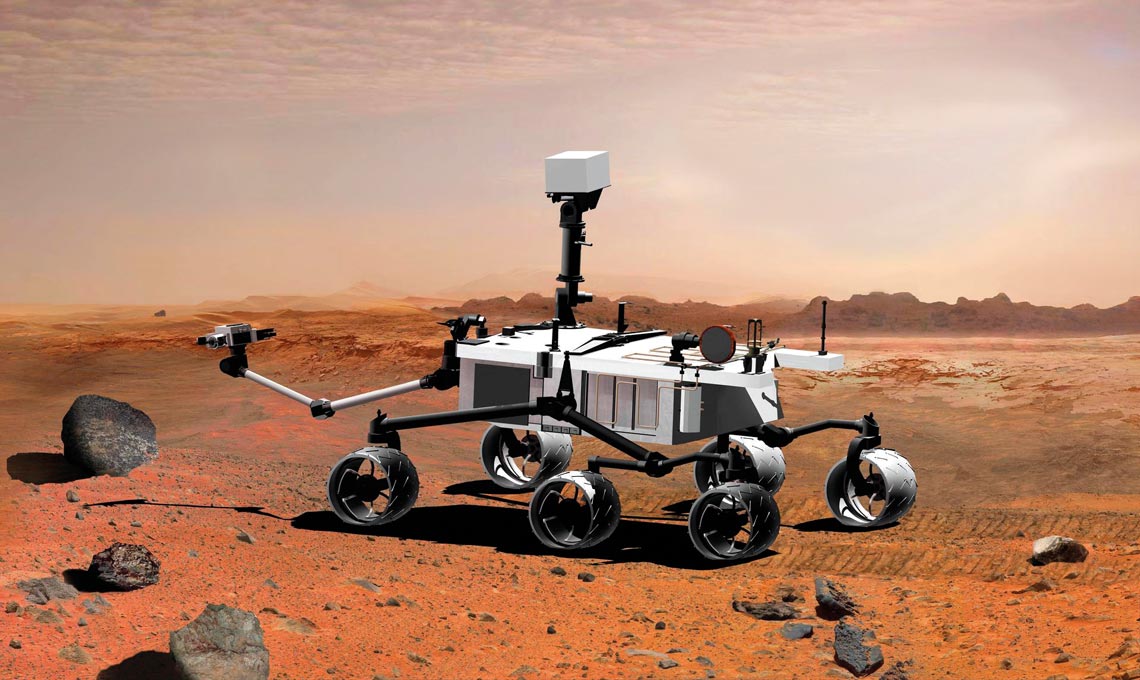 Artistic representation of the Opportunity rover on Mars

One of NASA’s longest and most successful interplanetary exploration missions ended on February 13, after nearly 15 years of service. In California, engineers from the Jet Propulsion Laboratory (JPL) made a last attempt to reestablish contact with the Opportunity rover on Mars. They received no answer, as has been the case for many months. “We have made every reasonable engineering effort to try to recover Opportunity and have determined that the likelihood of receiving a signal is far too low to continue recovery efforts,” John Callas, manager of the Mars Exploration Rover project, said in a statement. After a seven-month journey through space, Opportunity landed on Meridiani Planun, a plain near the equator of the red planet, on January 24, 2004. Another rover, called Spirit, had descended into the Gusev crater on the opposite side of Mars 20 days earlier. Designed to operate for 90 days and to travel 1 kilometer (km), Opportunity far exceeded all expectations. It continued working for 14.5 years and travelled 45 km, exploring the dusty, stony Martian landscape and analyzing the soil. Its greatest achievement was finding evidence that there was once liquid water on the planet. On June 13, 2018, the rover was engulfed by a dust storm and lost communication with Earth—Spirit had long since stopped operating back in 2011. Eight months later and after more than a thousand contact attempts, NASA announced that the small vehicle, now somewhere in Perseverance Valley, had finally completed its mission. “I cannot think of a more appropriate place for Opportunity to endure on the surface of Mars,” said Michael Watkins, director of JPL.