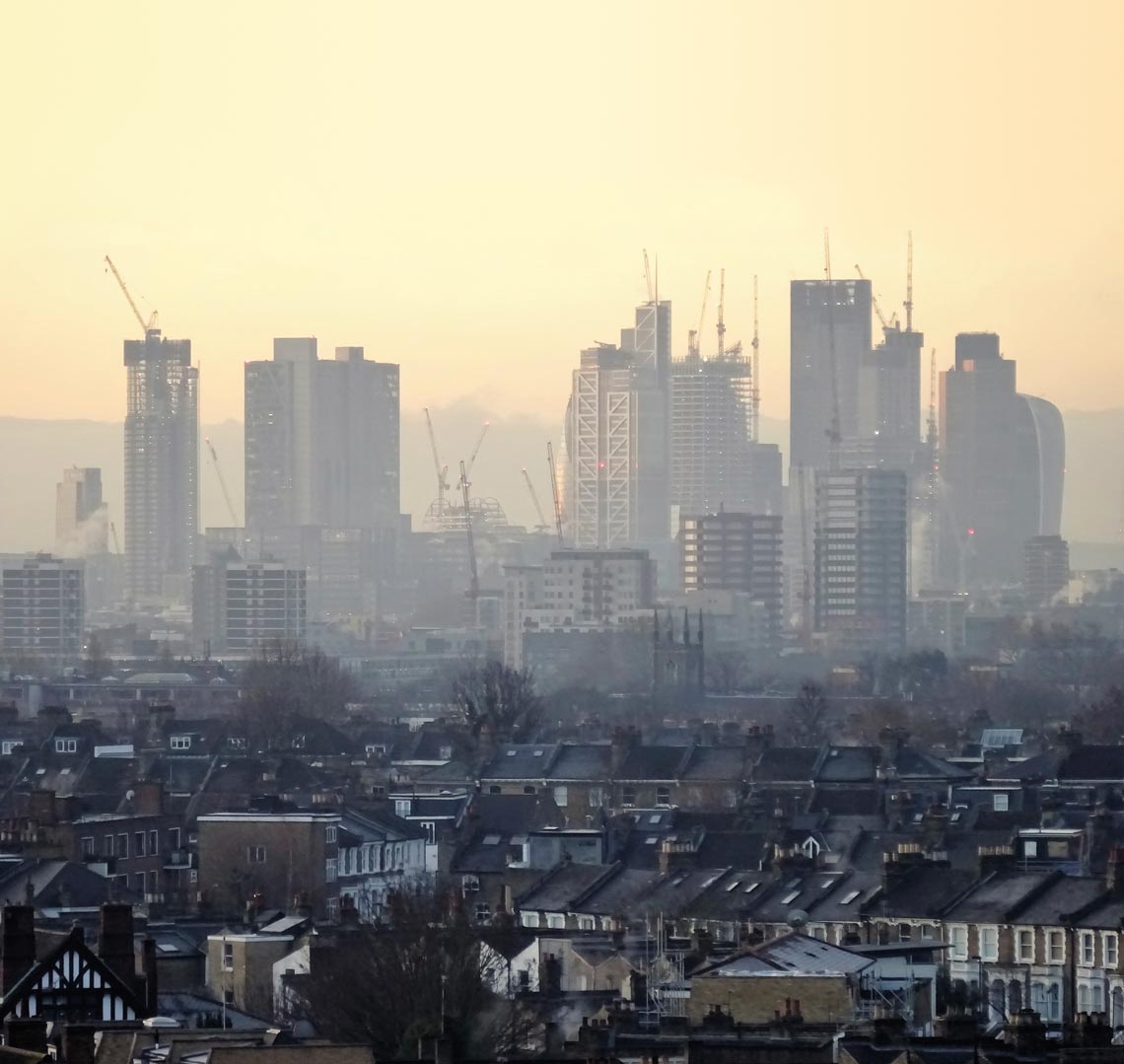 London: estimate indicates that air pollution will shorten life expectancy in the city by 1.5 yearsDavid Holt/Flickr

Nearly 800,000 people in Europe die every year as a result of air pollution. These are deaths that could be prevented and shorten the average life expectancy of Europeans by 2.2 years (European Heart Journal, March 12). A research team led by Jos Lelieveld, from the Max Planck Institute in Germany, reached the conclusions by combining age and population data in European cities, providing an estimate of how long inhabitants are exposed to pollution and the impact on their health. According to the World Health Organization (WHO), the majority of the world’s most polluted cities are located in the Middle East and Southeast Asia. But because of the high number of people living in Europe, the impacts of air pollution in the continent are among the highest in the world. On average, 133 of every 100,000 people living in Europe die as a result of health problems associated with pollution each year—the global average is 120 deaths per 100,000 people annually. The rate is highest in Eastern Europe, where it exceeds 200 deaths per year for every 100,000 people, and lowest in the Nordic countries. Most of the deaths are caused by cardiovascular and respiratory problems (heart attacks and strokes), a result of harmful gases and fine particles entering the lungs. Lelieveld told British newspaper The Guardian that the use of renewable energy could mitigate the human impact on climate change and “could reduce air-pollution-related death rates by up to 55%.” The study estimates that 8.9 million people worldwide die every year because of pollution, more than the annual number of deaths caused by smoking cigarettes, which according to the WHO stands at 7.2 million.