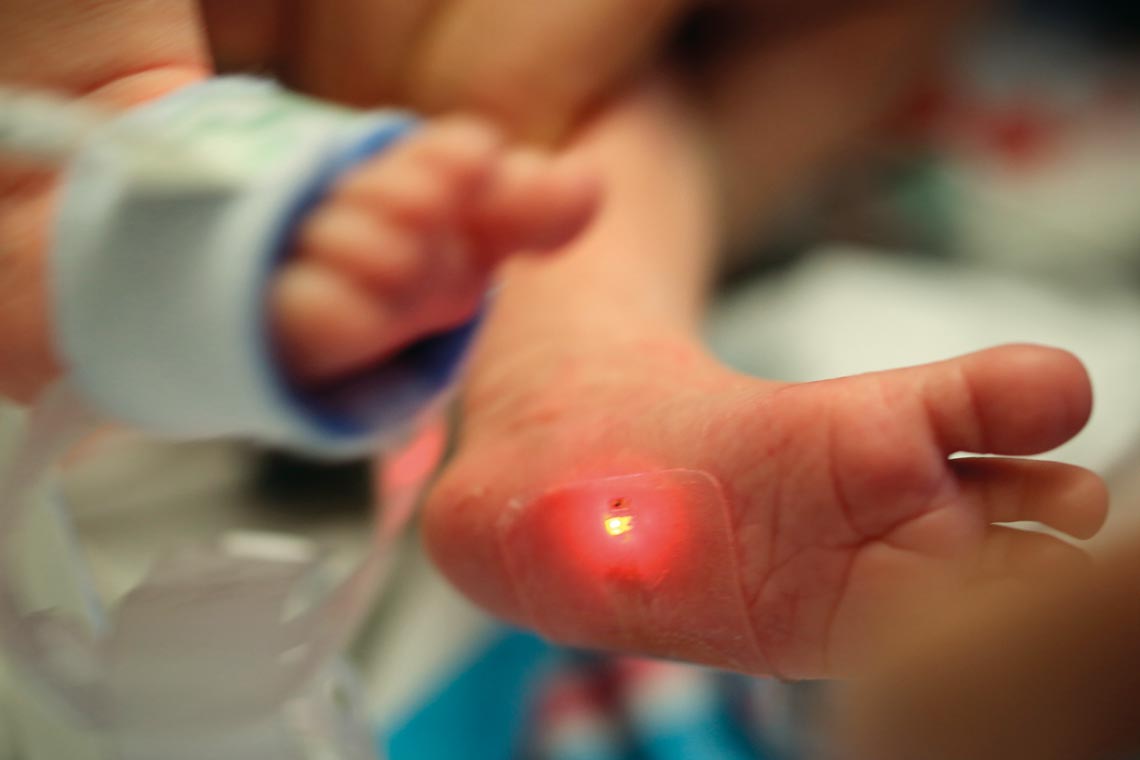 Ha Uk Chung, from Northwestern University in Chicago, together with other researchers from the USA, China, and South Korea, has developed a wireless, battery-free sensor for monitoring babies in Intensive Care Units (ICUs). The sensors are stuck to the skin and monitor the baby’s heart rate, respiration rate, and blood oxygen level (Science, March 1). Tested on babies aged up to 28 weeks, the sensor uses radiofrequency data transfer and high-speed communication via a tiny magnetic antenna. The creators of the device believe that eliminating wires improves contact between newborns and their parents, which can help stabilize vital signs and reduce mortality. Dr. Ruth Guinsburg, a professor at the Federal University of São Paulo whose commentary on the study appears in the same issue of Science, states that the sensor could make it easier for healthcare professionals to move the babies and reduce skin damage caused by current devices. She notes, however, that the mortality rate for premature babies in less developed countries is less often linked to direct health problems of their own, and more often related to the poor health and low income of the mothers.