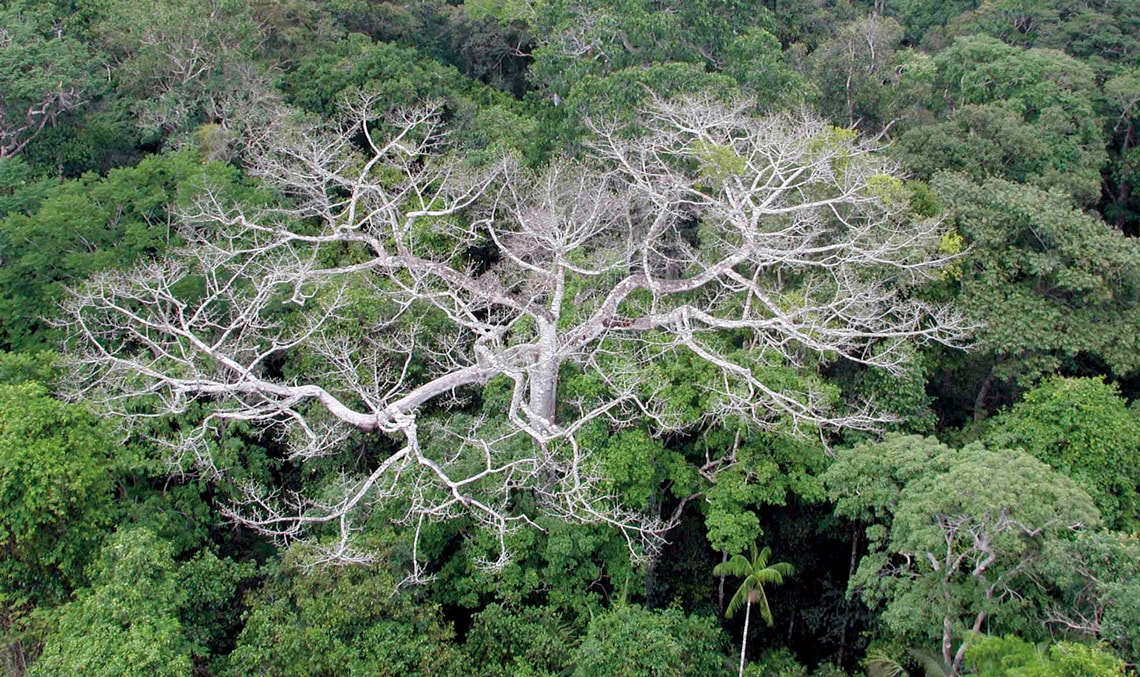 Dead tree during the 2005 drought in the Amazon

Climate change could become the primary threat to the Amazon rainforest in the coming decades, contributing to a significant decline in tree diversity in the region by 2050, according to computer simulations by Brazilian and Dutch researchers. The group analyzed the impact of deforestation and climate change—first separately, then together—on 10,071 Amazonian tree species. They then simulated future outcomes based on different possible scenarios. In a paper whose lead author is Vitor Hugo Gomes, a researcher at the Federal University of Pará (UFPA) and the Emílio Goeldi Museum of Pará (MPEG), the researchers estimate that deforestation could reduce tree diversity by 19–36% over the next few decades, and that climate change could reduce it by 31–37%. There are two factors behind the decline in the second scenario: the slowing growth rate of some species and increasing mortality of others—both caused by increased droughts, rising temperatures, and higher levels of carbon dioxide in the atmosphere. In the worst-case scenario, the two phenomena together could cause a decline of up to 58% of Amazonian tree diversity (Nature Climate Change, June 24). Many species would lose up to 65% of their original habitat and 53% would join the endangered species list. In the east of the rainforest, where agricultural enterprises are advancing into the forest, 95% of species could disappear by 2050.