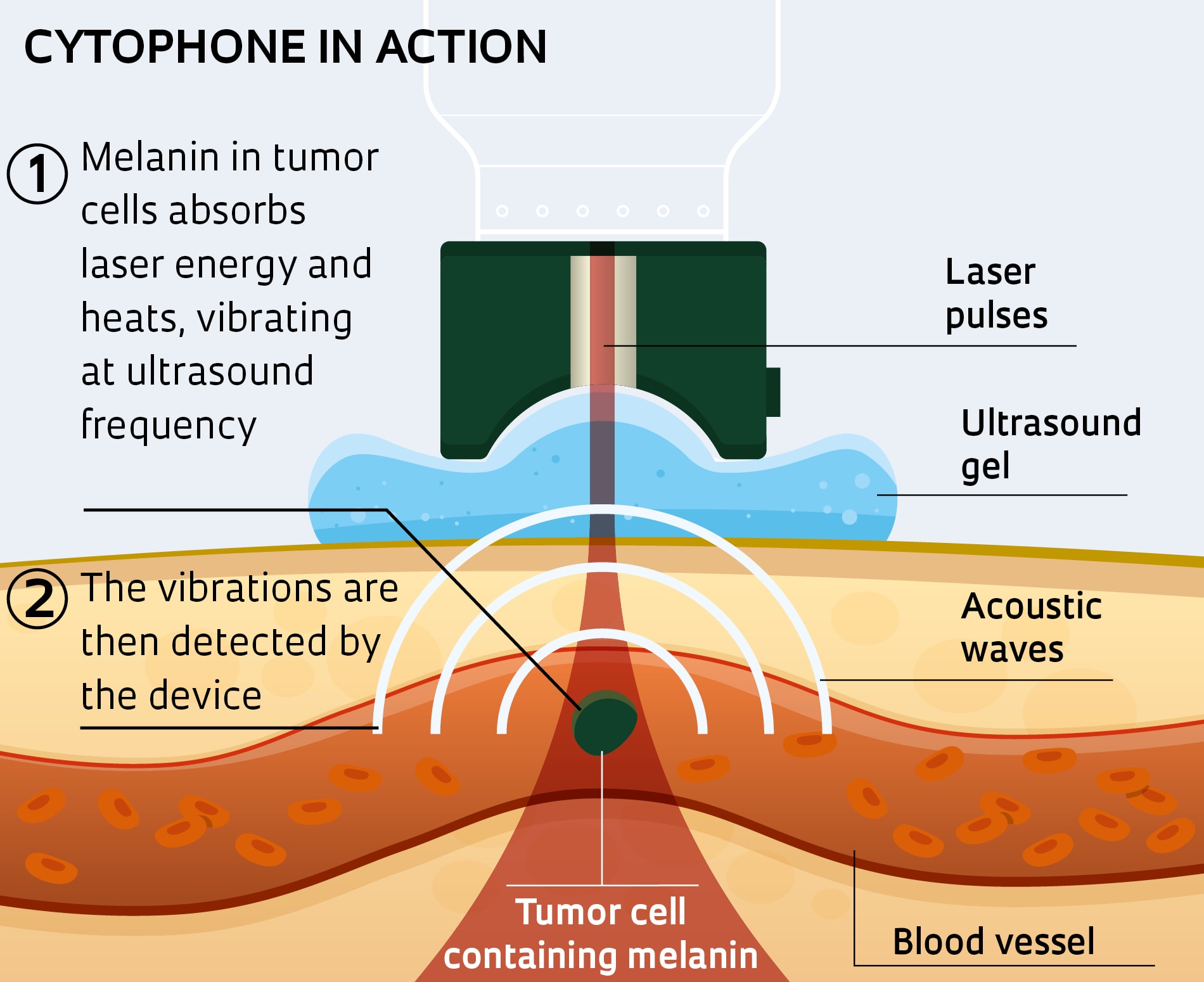 An international group of researchers has developed a noninvasive system that uses laser and ultrasound to detect melanoma cells in the blood. In early tests, the device also destroyed the cancer cells. Melanomas are the most aggressive form of skin tumor—cells that detach from the tumor and travel through the blood can spread the cancer around the body. Created by Vladimir Zharov and his team at the University of Arkansas for Medical Sciences, USA, the device is called a Cytophone because it detects cells using acoustic waves. It is placed on the forearm and then emits laser pulses through the skin and into the blood vessels. Light is absorbed by melanin, which is abundant in melanoma cells. Heated by the laser, the melanin vibrates and emits ultrasonic sound waves that are captured by the device. In a trial involving 47 people, the Cytophone was 1,000 times more sensitive than currently used detection methods, which require blood tests. It identified melanoma cells in 27 of the 28 participants with skin cancer. When the power of the laser was increased, the tumor cells were apparently destroyed (Science Translational Medicine, June 12). Zharov’s team has since patented the Cytophone and started a company to develop it further, with the aim of being able to monitor whether the cancer has returned. This, however, is not a simple task. “They will have to show that they can find tumor cells in the blood of early-stage cancer patients by conducting tests with more people,” oncologist Antony Lucci, from the University of Texas MD Anderson Cancer Center, told the journal Science.