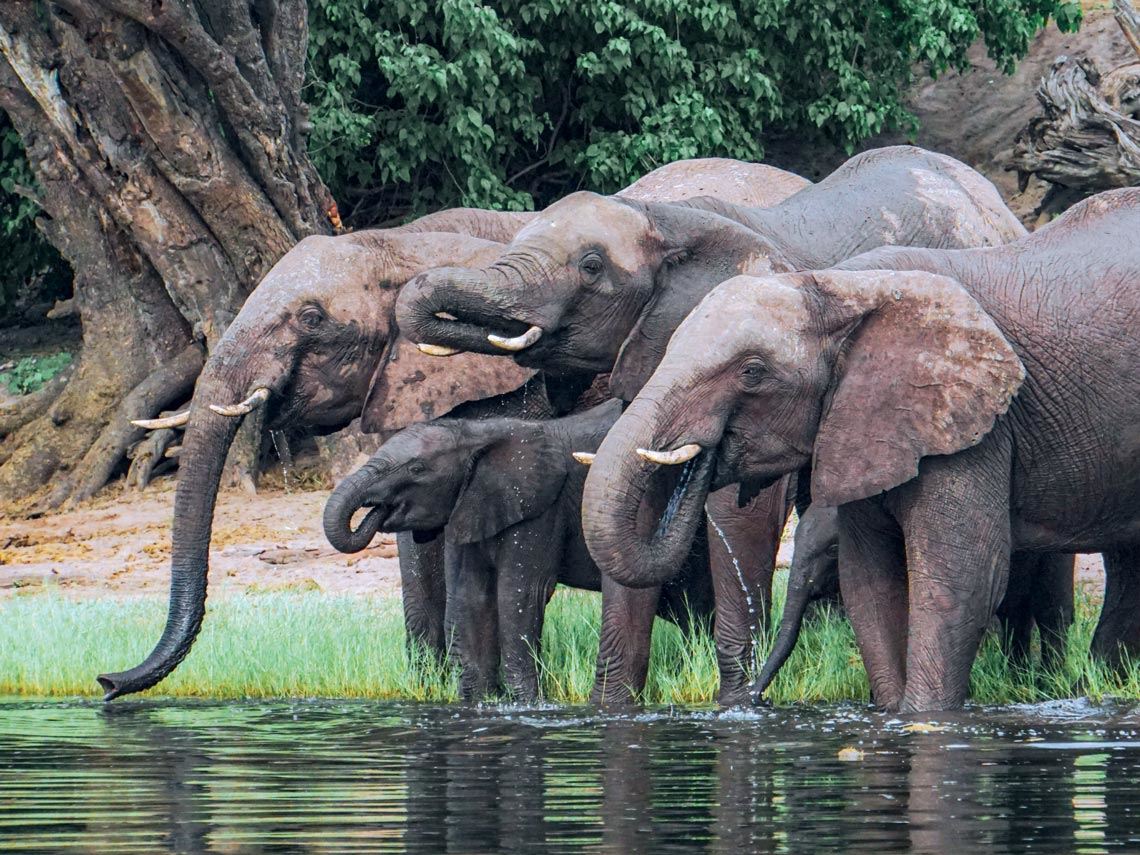 African elephants are able to fill their nostrils with 3.7 liters of water in just 1.5 seconds

Despite their size, African elephants (Loxodonta africana) usually feed on leaves and small fruits. But how do they pick them up? Intrigued by the way these pachyderms use their enormous trunks (which can weigh over 100 kilograms) to feed, scientists at the Georgia Institute of Technology, USA, filmed and conducted imaging exams of a 34-year-old elephant at a zoo in Atlanta as it fed. In one of the tests, the elephant was given various sized cubes of rutabaga. The largest, a few centimeters across, were picked up with the end of the prehensile trunk. The smaller ones were aspirated into the nostrils and then released into the mouth. In another test, the group, led by David Hu, found that the animal was able to fill its nostrils with 3.7 liters of water in just 1.5 seconds—the water moves at 150 meters per second, almost as fast as a high-speed train. The researchers were also surprised by the volume, which was much higher than initially expected. By analyzing ultrasound images, they discovered that when inhaling, the elephant can dilate its nostrils by up to 30%, increasing nasal volume by 64% (Journal of the Royal Society Interface, June 2).