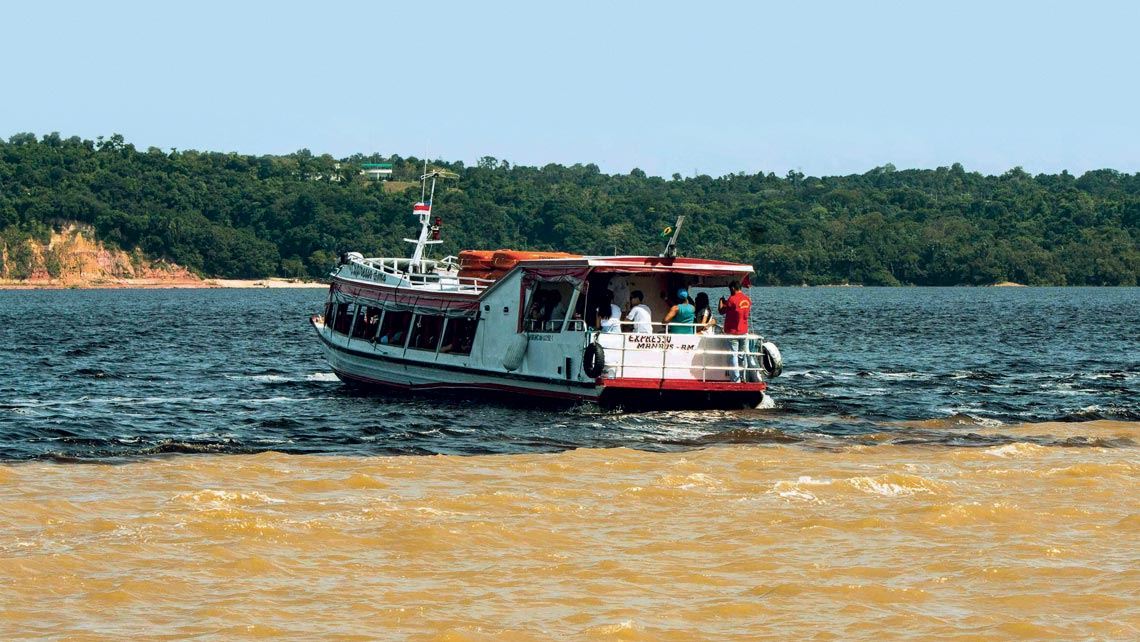 The Negro and Solimões rivers, near Manaus: sediments contained high concentrations of microplastics

Tiny fragments of plastic material known as microplastics are ubiquitous environmental pollutants produced by humans. They have been found at the bottom of the oceans, at the tops of mountains, and in the air in our cities. Now, their presence has been confirmed in the world’s largest rainforest. Researchers from the Federal University of São Paulo (UNIFESP) and the University of São Paulo (USP) found microplastics in the sediment of the Negro, Solimões, and Amazonas rivers within 110 kilometers of Manaus, the capital city of the state of Amazonas, which has 2.2 million inhabitants and a modern industrial park. The highest concentrations—ranging from 5,700 to 8,200 particles per kilogram (kg) of sediment—were measured in the sand and mud of the Negro River near Manaus, where it converges with the Solimões River. The researchers found intermediate quantities (1,200–1,700 particles/kg) in the Solimões River upstream of Manaus, possibly from other cities, such as Manacapuru. The smallest levels were observed in Amazonas, at 34 meters deep and 110 kilometers downstream from the capital (Science of the Total Environment, August 10). “Our results show that we need to advance our knowledge about the sources and fates of microplastics, to infer how they impact ecosystems in the Amazon,” wrote UNIFESP ecologist Décio Semensatto and his colleagues.