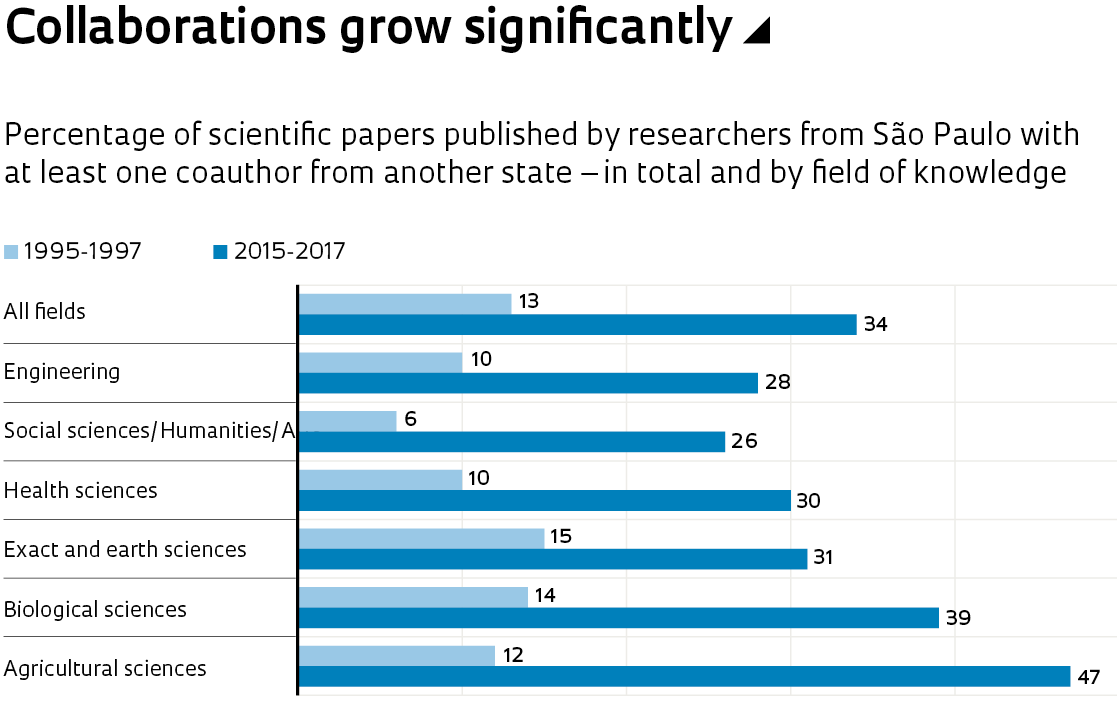 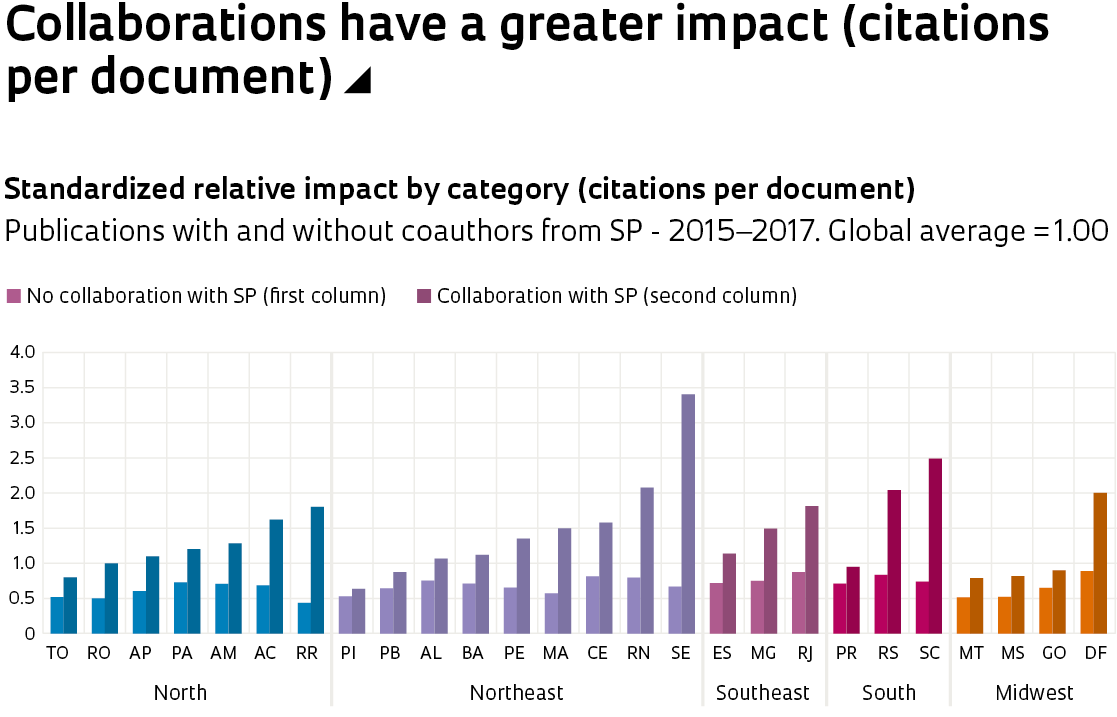 NOTES (1) PUBLICATIONS INDEXED BY THE WEB OF SCIENCE/CLARIVATE DATABASE AS “ARTICLES,” “PROCEEDINGS PAPERS,” AND “REVIEWS” ACCORDING TO THE “FAPESP” SCHEME. (2) A PUBLICATION IS ASSIGNED TO A COUNTRY OR REGION IF ANY OF THE AUTHORS IS BASED THERE. (3) THE INDICATOR USED IS THE INCITES/CLARIVATE “CATEGORY NORMALIZED CITATION IMPACT,” CALCULATED AS THE AVERAGE NUMBER OF CITATIONS RECEIVED PER DOCUMENT, NORMALIZED BY FIELD OF KNOWLEDGE, DOCUMENT TYPE, YEAR OF PUBLICATION, AND GLOBAL AVERAGE (NORMALIZED TO 1.00).