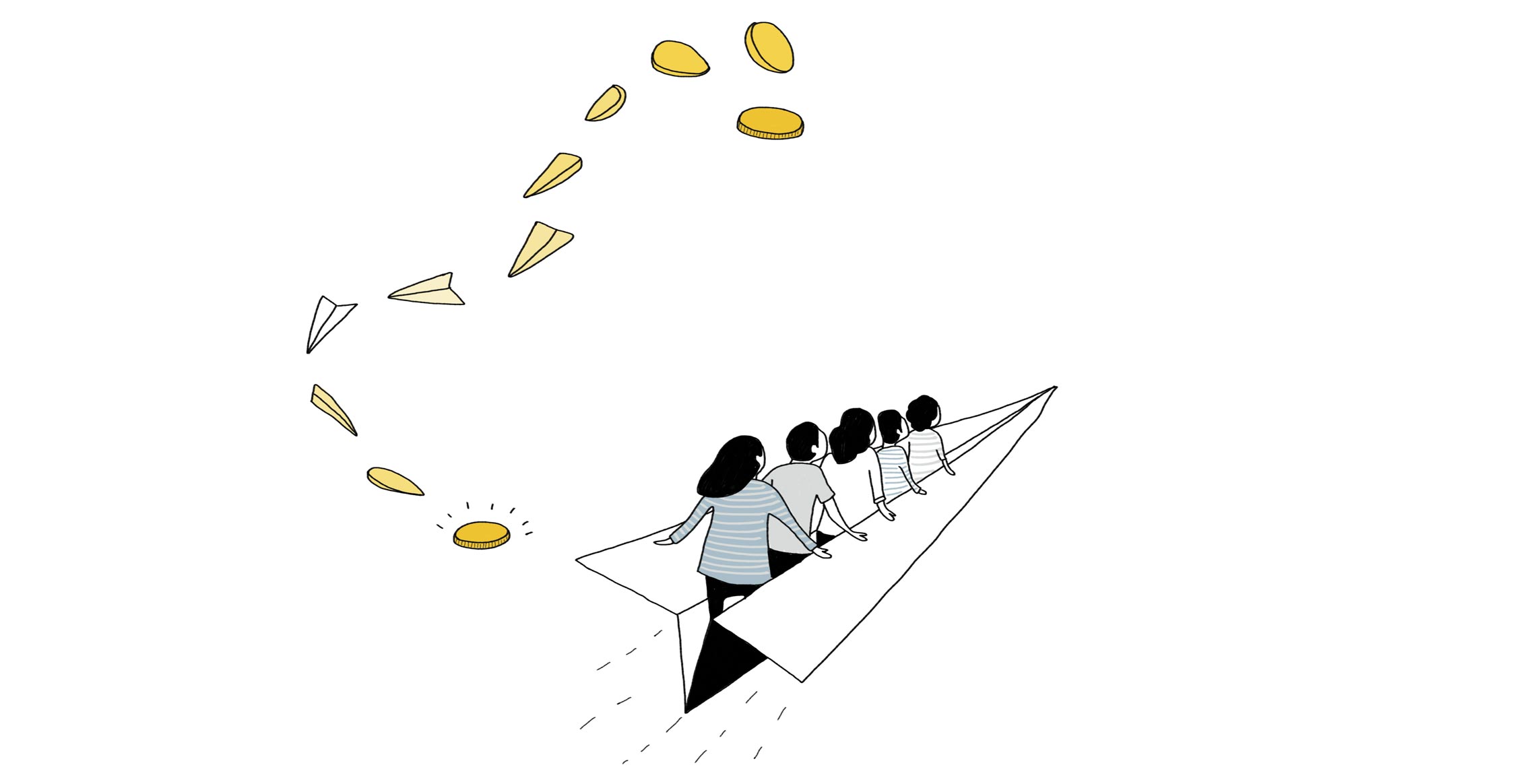 In a building in downtown Santiago, the coming and going of people of different nationalities has become part of the routine. At least 50 entrepreneurs from different countries will be seen at workstations occupying the full-floor office that is home to Start-up Chile, an innovation center created by the Chilean government in 2010. The entrepreneurship hub has supported around 1,400 new businesses since its founding. More than 200 startups are typically benefited by accelerator programs each year, although only a handful of them are housed within the building. More than half of these companies will go on to thrive and remain active—since 2010, they have created around 1,500 jobs in Chile and 5,000 worldwide.

The business incubator was created to foster an entrepreneurial environment and technology development in a bid to put Chile on the global map of high-impact businesses. “Startups were virtually unheard of in Chile, but today things are very different,” says Executive Director Sebástian Diaz. Start-up Chile has provided mentoring and funding to businesses in 79 countries, investing a total of US$420 million. “From the outset we worked to develop an international ecosystem of entrepreneurs from around the world to facilitate the flow of new ideas.”

The Chilean government is recognized as one of the world’s leading investors in innovative business today. A study by Gust and Fundacity, a social network that connects investors and startups, ranked Chile as one of the 10 most promising countries for entrepreneurship in 2015. Two years ago US-based nonprofit Global Innovation Management Institute named Start-up Chile one of the top 10 accelerators in the world. “Creating tools to foster innovation and compete on the global marketplace has become increasingly strategic,” explains Diaz.

Approximately 30% of the total funds available to entrepreneurs participating in accelerator programs are provided by the Chilean government. The remainder comes from investors from around the world looking to support potential high-growth businesses. In addition to financial backing, Start-up Chile offers mentoring and networking opportunities that help entrepreneurs bring their ideas to life. The organization is partnered with more than 100 universities and accelerators worldwide, as well as 150 global mentors, 107 large corporations, and 43 innovation organizations.

Special arrangements are provided for entrepreneurs from other countries to be able to participate in the programs. Foreigners selected by Start-up Chile are eligible for a special one-year work visa and receive support from the accelerator to open business bank accounts. The criteria for eligibility are the same for foreigners as for Chilean nationals.

Two types of programs are available. The S Factory, a program for women entrepreneurs, provides about US$15,000 in funding to selected candidates. One of the essential prerequisites for eligibility is that applicants have an innovative idea with the potential for global impact. Selected applicants receive support for four months. Seed, a six-month program providing US$40,000 in funding per startup, is for more advanced initiatives that have already developed a prototype and business plan. Until 2016 Start-up Chile also offered a module called Follow on Funds for companies in Chile, but this program has since been placed under a different Chilean government agency.

In 2017, 90 startups received support through The S Factory and Seed. Rafaela Cavalcanti, a business school graduate from Pernambuco, was among last year’s participants. Her story as an entrepreneur began a few years ago when she realized how difficult it was for her parents, who own a clothing store in Recife, to get bank loans. “After successive burglaries in which they lost much of their inventory, they had to resort to loan sharks to pay their debts,” she says. “Many families are in the same situation.”

Cavalcanti enrolled in a graduate program in business administration in the Netherlands and decided to investigate the extent to which cultural aspects affect the development of innovative companies. It was during her time there that she came up with the idea to create CloQ, a startup specializing in microloans. Cavalcanti applied to Start-up Chile to take her first steps in developing the business. “The accelerator provides several benefits, such as international mentoring, networking, and funding to start the project,” explains Cavalcanti. “The absence of bureaucracy to get visas—they are issued in less than a month—and open bank accounts is impressive.” She explains that entrepreneurs at the accelerator only need their passports to open a bank account. “The process for getting a visa has also been simplified,” she says. “You are not required to provide sworn translations of documents as you are in other countries.” 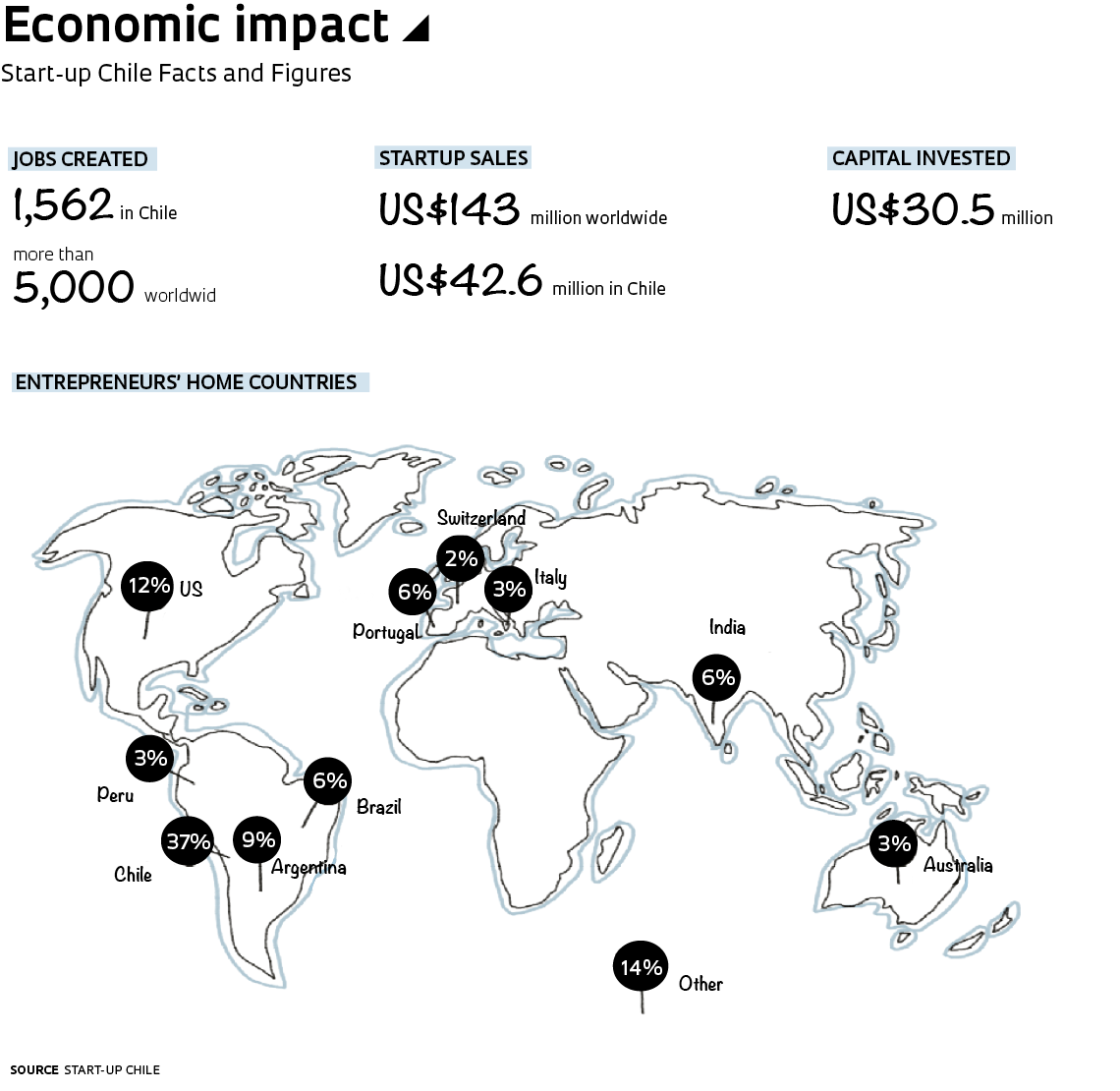 CloQ ​​raised approximately US$15,000 in funding during the incubation period. The funds were used to develop an application that cross-checks data ranging from applicants’ registered address to their ID document number and phone number. It also analyzes their user profile. “This helps to predict whether a loan applicant will be a good payer.” The app uses a GPS system to check whether the address the applicant has registered is correct. A face recognition program can be used to determine whether the photos on identity documents submitted on the app are genuine.

After a test phase and several adjustments, the app went live in October this year. Loans ranging from R$150 to R$500 are offered through a partnership with a Brazilian bank. The company has not disclosed its projected revenues for 2019, but says there is a potential market of more than 50 million customers in Brazil. “That’s the estimated number of people without bank accounts and easy access to credit,” says Cavalcanti. “Often a micro- or nano-loan can make all the difference for people.” There are plans to launch the business in other Latin American countries in the coming years.

Nocofio, founded by an entrepreneur from Ghana, Africa, has a similar business proposition. Computer engineer Lovell Larbie recently created a crowd-lending platform to provide working capital to smallholders in Ghana. Typically, about US$5,000 is raised for each farmer whose loan application is approved by the company. “This is often enough for farmers to buy the inputs they need for larger-scale farming,” says Larbie. Most farmers in Ghana are still subsistence farmers. “They have small properties but with real potential to boost productivity and stimulate the economy,” he explains.

Borrowers are monitored on progress on their farms. Forty percent of borrowed funds are repaid to creditors, plus a share of profits. “We closely follow our customers and monitor their management practices,” says Larbie. The company gets a percentage of each loan. Nocofio has served 23 farmers since it was launched earlier this year. Revenues in the first eight months of operation were US$11,000. “There is much room for growth,” says Larbie. “Importantly, the business has a strong social side to it and is already generating positive impact.” To develop the platform, Nocofio was awarded funding of around US$40,000 through investors working with Start-up Chile, where the company was incubated last year.

“Having the help of such competent mentors and being able to test the platform until we were in a condition to start the business was also important,” he says. “Many entrepreneurs see Start-up Chile as the ideal platform from which to launch projects of high social and economic impact,” says Diaz. Cabify, a car-sharing app founded by a Spanish entrepreneur in 2011, is among the companies born out of the incubator’s accelerator programs.

Start-up Chile ranks as one of the largest accelerators in the world, alongside US-based MassChallenge, which has branches in Israel, Mexico, and Switzerland, and California-based Y Combinator, a pioneer in the segment boasting approximately 1,400 alumni. In Latin America, Telefonica’s Wayra, founded in Colombia in 2011, has supported more than 70 Brazilian businesses through its São Paulo office, with funding of around US$50,000 each. “Start-up Chile offers programs with extensive resources and we attract highly qualified entrepreneurs,” says Diaz.

A case in point is Chilean geologist Pablo Perez, founder of Mapoteca. The startup produces topographic analyses from satellite imagery, serving primarily electric utilities. Mapoteca can identify hazards that can damage power lines, such as trees about to fall and other power line issues. It can also detect incipient fires. The company is now developing software for risk rating. Perez participated in the Seed program, raising about US$16,000 to develop the first analytics modules.

He had worked for 10 years at an electric utility in Chile and realized there was a demand for technologies to detect power line hazards and prevent losses. He was joined by a friend from his college years in Santiago, Cris Hernández, who had an IT background, to implement his idea. “Being part of the Start-up Chile ecosystem provides a sort of stamp of approval,” says Perez. “That’s part of what led us to work with the accelerator.” The organization’s network of contacts also helped our project to succeed. “Prospective customers see us with different eyes,” says Perez.

This year Mapoteca, which now employs six people, expects to generate revenues of US$80,000. In 2019, revenues could climb to US$300,000. Much of this will come from contracts concluded with new clients in Chile and Peru. Perez says there is potential to grow the business in countries like Brazil, Uruguay, and Argentina. “Especially in Brazil, there is a very strong electricity market with good prospects for expansion.”

With its open and stable economy, Chile has attracted entrepreneurs from all around the world. It has one of the largest networks of free trade agreements—more than 20 with 60 nations. Imports and exports account for almost 60% of Chile’s GDP. The basic interest rate is 2.5% per annum, making credit particularly attractive in the country. German entrepreneur Tilmann Heydgen factored these attributes into his decision to create Recorrido—a website for comparing prices and purchasing bus tickets—along with three friends from Germany. In 2012 they had gone on vacation in Chile and had found it difficult to buy tickets online. “They didn’t accept credit cards and required a Chilean identity document,” says Heydgen.

The four friends all worked at investment banks in Frankfurt and had already heard about Start-up Chile. After doing market research, they decided to present their ideas for Recorrido to the accelerator. “We were not accepted on our first attempt, but we perfected the idea further until it was ultimately approved in 2014,” Heydgen recalls. “We knew there was good business potential in Chile and the innovation hub was renowned worldwide.” In two investment rounds, Recorrido successfully raised about US$100,000 to build the site. The company is currently in operation in Chile and Peru. It has not disclosed its revenues. Next year it plans to adapt the platform to the Brazilian, Argentine, and Colombian markets. “There is still much room to grow, especially in Latin America,” says Heydgen. “In Santiago we have good quality of life and prospects for development.”