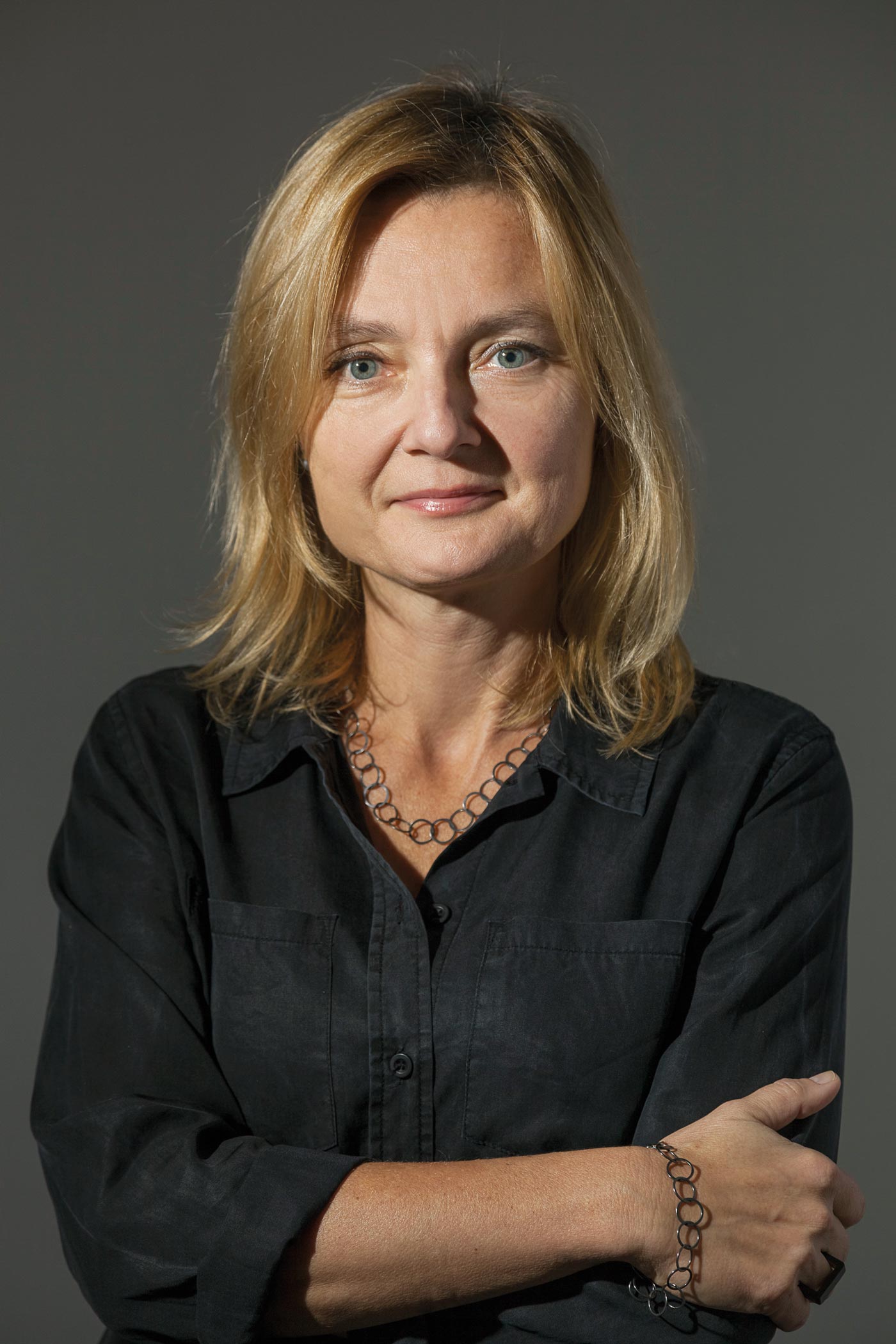 Since taking over as editor in chief of the scientific journal Nature in June, English geneticist Magdalena Skipper has dedicated herself to overcoming the challenges currently faced by the publication, one of the most prestigious in the world. On one front, she is implementing strategies to make the production and dissemination of scientific research more transparent, encouraging authors to provide not just the raw data from their experiments, but also the computer code and software used to process it. On another, she needs to address the rise of the open-access model in scientific publishing. In September, the United Kingdom, France, Italy, and 10 other European countries created Plan S, an agreement under which all publicly funded scientific research must be published in open-access format from January 2020. Nature uses a hybrid subscription-based model, which is not compatible with the European proposal, but allows authors to pay a fee to make their papers freely available online.

Skipper has a PhD in genetics from the University of Cambridge, UK, and at 49 became the first female editor in chief of Nature, replacing British astrophysicist Philip Campbell. In an interview with Pesquisa FAPESP in Berlin, Skipper spoke about her effort to maintain the journal’s stature amid new trends and changes in the industry. She was in the German capital from November 7 to 9 as one of the judges of the Falling Walls Lab, an international competition where participants have three minutes to present a research proposal, business plan, or social initiative and convince the judges of their importance and innovation.

What is the importance of being the first female editor in chief of Nature, and what does it mean to you personally?
That is a difficult question to answer. Of course, I have only ever been a woman, so I only know what it is like to be a woman in this role—there is no comparison. Plenty of women occupy important editorial roles at the Springer Nature group, so the focus should not be on the fact that I am a woman, but on the contributions I bring, based on my research and editorial background and experience. Of course, my appointment is important from the perspective of diversity and inclusion. We need more women visible in positions of leadership, both inside and outside the academic environment. Women are fortunately becoming less and less of a minority in leadership positions. But there are other aspects of diversity we need to continue working on.

What do you think could be done to increase the number of women in leadership roles?
There are two issues, one is education, and the other is societal. We often talk about the importance of preparing women to enter higher education courses in science, technology, engineering, and mathematics, and encouraging them to stay in those fields. But we really have to start from the beginning, encouraging girls at school to take up these subjects. And this is where society comes in. In some societies, these fields are still considered gender specific, with some subjects deemed more suitable for boys than for girls. That should not be the case. Everyone should be supported in developing their own interests and skills.

Is this changing?
Yes, it definitely is. The challenge in the UK is particularly interesting. Statistics regarding the end-of-school examinations taken here at age 16, called the General Certificate of Secondary Education (GCSE), show that the proportion of boys and girls choosing subjects related to science, technology, engineering, and mathematics is very close to 50/50. But when you look at the statistics for those who actually end up working in these fields, engagement for women is less than 15%.

What prompted you to leave the laboratory and pursue a career as an editor?
My background is in genetics. When I was doing my postdoctorate, I realized that I had a burning passion for science, the way it works, the way it poses questions but can also address them. But I also had an interest in sharing science with those who are not necessarily involved in it and helping researchers communicate their findings. It was thinking about how I could combine these two interests that led me to consider other career possibilities. Another thing was that researchers in general tend to specialize over time, to focus more narrowly on a particular research topic. I did not want to do that. Although I really enjoyed my research, I realized that I was probably not going to make a great contribution to the advancement of science. This conflict made me look beyond research.

In some societies, science, technology, engineering, and mathematics are still considered more suited to boys

Do you still see yourself as a scientist?
No, because I have not been engaged in active research since 2001, when I started as an editor at Nature Review Genetics. But I do feel like part of the research community. I fulfill a complementary function to that of the researchers.

Was it a big change when you became editor?
There was a big conceptual change. Editors work very closely with researchers and are constantly exposed to new ideas and research problems. It is extremely stimulating. But what you do not have is a role in discovery. When I talk to early-career researchers considering working as an editor, I tell them that the biggest change is that they will lose the chance to discover something new or witness a phenomenon for the very first time, but they will help scientists communicate their findings. So if you are the kind of person whose reason for getting out of bed in the morning is the possibility of discovering something new that no one has ever seen before, do not leave research science.

What would you say is your biggest contribution since becoming an editor?
I was editor of Nature Review Genetics for many years and during that time I had the privilege of working with the ENCyclopedia Of DNA Elements (ENCODE), an international consortium started in September 2003 by the US National Human Genome Research Institute. Through this project we created innovative ways of communicating research results, bringing together elements of different research papers to tell a different story to those originally told in the scientific articles. We received several positive comments about how useful this was, especially in teaching.

What criteria are used to decide whether a study will be published in Nature?
Nature is a very selective journal. We only publish a small fraction of the papers we receive—only about 7% or 8% of submissions. We look for discoveries that significantly advance knowledge in a particular field, but at the same time, we look for studies that can inform other fields in some way, because we are a multidisciplinary journal.

How has Nature changed in recent years?
The main difference is the increased focus on research reproducibility and transparency. We are not the only journal to do this, but we were certainly frontrunners in developing systems to help researchers publish what they did, how they did it, what materials they used, and so on. And we are still working on improving these tools. There are now several platforms through which researchers can publish their protocols in detail, upload their data, and describe it in a specific way. 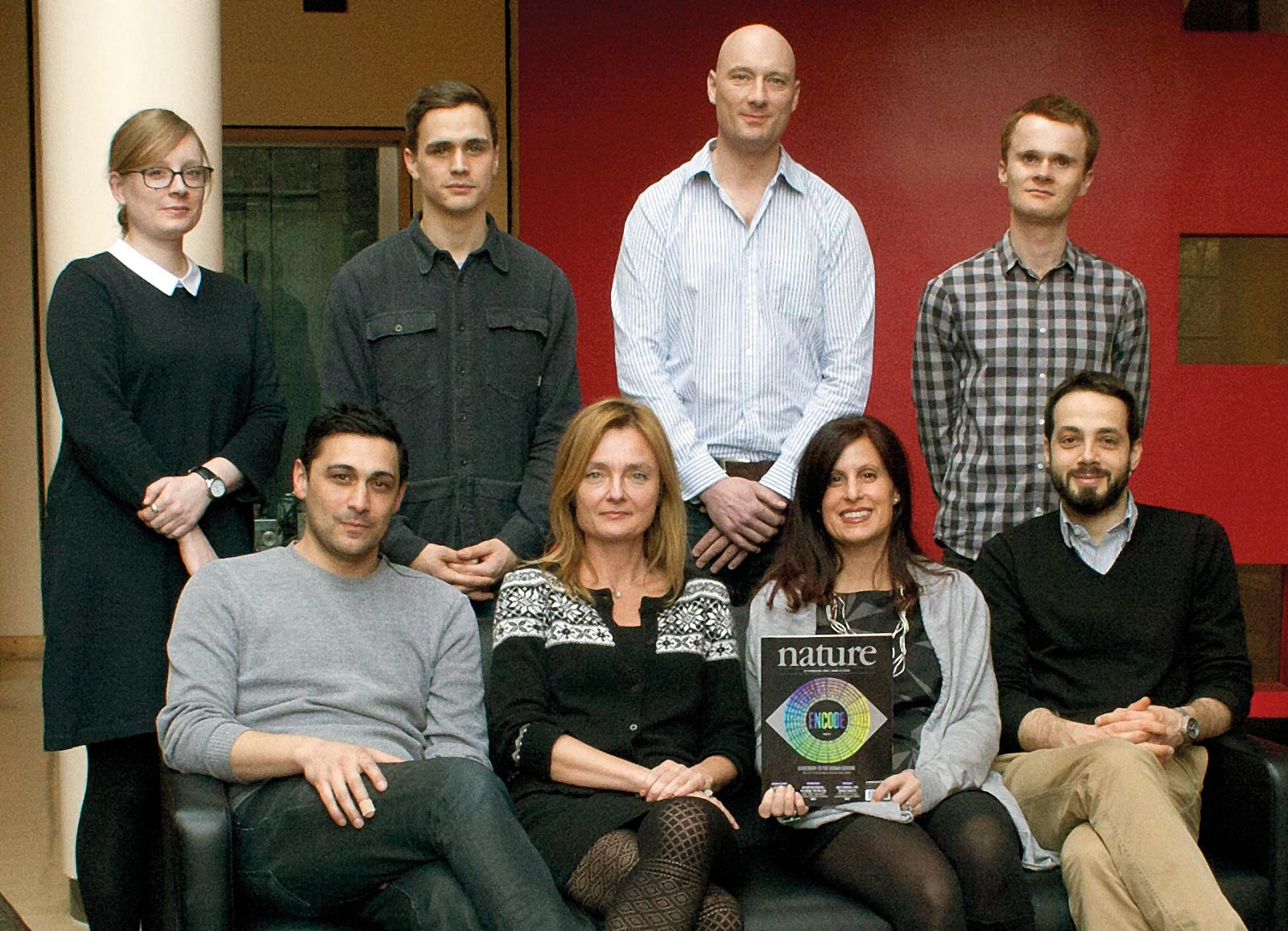 The team responsible for the ENCyclopedia Of DNA Elements project, formed in 2003Nature Research Group

The Springer Nature group has a specific journal in which researchers can publish their data, is that correct?
Yes. We publish an online open-access journal called Scientific Data. It is editorially independent of Nature and is exclusively dedicated to the publication of what is called metadata—data about other data. It includes no results or conclusions, only the descriptions of datasets used in research that has been published in other journals, including in Nature itself. The rationale for creating such a publication is that research is becoming increasingly data driven, with more and more data being generated. Would it not be wonderful if this data could be reused in a meaningful way? For this to happen, researchers first need to know what these datasets are, how they were generated, and what their limitations are.

Is this strategy designed to boost reproducibility?
Absolutely. In the early 2000s, after a succession of scientific articles fell into disrepute because nobody was able to confirm their results, the scientific community came to a realization that we were facing a reproducibility crisis, arguably more acute in life sciences. In a way, the idea of launching a journal like Scientific Data resulted from that. But it is important to remember that this reproducibility crisis does not necessarily signify that scientists are committing any willful wrongdoing. In many cases, there was simply not enough detail about the data generated by scientists for it to be reproduced. So we have tried to create tools that dispel this problem by ensuring greater transparency.

And does Nature have other strategies with respect to research reproducibility?
Until recently we were mainly focused on developing tools that would help researchers make their data available. But as research is becoming increasingly computational, we are also trying to include the code and programs that scientists write to process their datasets.

How are you doing this?
We are experimenting with some of our journals. In August, for example, the Nature Methods, Nature Biotechnology and Nature Machine Intelligence journals started a partnership with Code Ocean, a computational reproducibility platform, to allow researchers to share the code that accompanies their articles. With this platform, users can rerun data analyses on the cloud and replicate results without needing to install any software. Reviewers can scrutinize the code, execute it, and recreate the findings of the paper they are reviewing. If the article is published, readers can do the same.

How do you see the rise of open access as a publishing model?
Springer Nature also publishes the BioMed Central (BMC) journals, which really spearheaded open access. I’ve always been a fan of diverse ecosystems. I think researchers should be free to choose where they publish, how they publish, and through a business model they identify with. A diverse ecosystem is a healthy ecosystem.

The United Kingdom, France, Italy, and 10 other European countries formed Plan S in September, a pact to ensure that from January 2020, all publicly funded scientific research will be immediately available on open-access platforms. How is Nature preparing for these changes?
It is an interesting initiative, proposed to be put into practice in an extremely short space of time, which has profound implications not just for Springer Nature, but for the whole publishing landscape. There are very few journals that are exclusively open access. Most use the hybrid model, where articles are available to paid subscribers, but authors can pay an extra fee to have their papers published without restriction on the journal’s website. If Plan S comes into force, those journals would not be compatible, and would not be able to publish publicly funded research. It does not just mean that all journals would have to think of a new business model, but every author would have to pay or find funding to have their work published. There are many deep implications related to the economics of science and the dynamics of scientific research dissemination. But it is very early days. I am an optimist and I have no doubt that a resolution will be found.