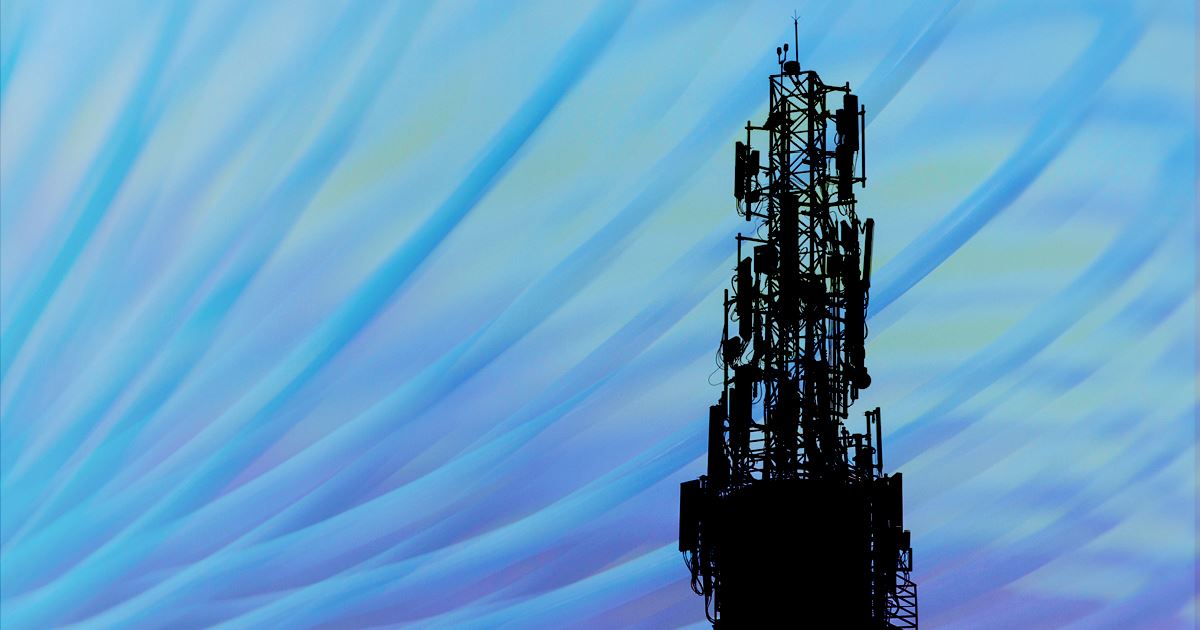 A telecommunications tower: the arrival of 5G in Brazil will vastly improve wireless networks in the country

A system developed under the technical leadership of Brazilian researchers could become the new global standard for deploying fifth generation (5G) telecommunications technology in remote areas, benefiting 1.4 billion people around the world who have no access to mobile network coverage. The new system could also help to advance the digital transformation and the Internet of Things (IoT) in farming, mining, and other remote applications, such as hydropower dams, power transmission lines, water mains, and railroads.

In a series of tests conducted in the rural town of Santa Rita do Sapucaí, southeastern Brazil, an array of base stations was able to transmit signals via 5G—the future global standard for mobile networks—over a distance of 50 kilometers (km) at a speed of 100 megabits per second (Mbps). “In a 4G network this speed can be achieved over a distance of 5 km to 10 km, but performance is lost over longer distances,” says electrical engineer Luciano Leonel Mendes, who is heading the project as coordinator of the Radio Communications Reference Center at the Brazilian Institute for Telecommunications (CCR-INATEL).

“These data rates would allow a drone, for example, to send high-resolution imagery of crops in real time, which farmers could then use to spot pest infestations or remotely operate irrigation systems. This would also allow simultaneous voice and data transmission at high speeds,” says Mendes. 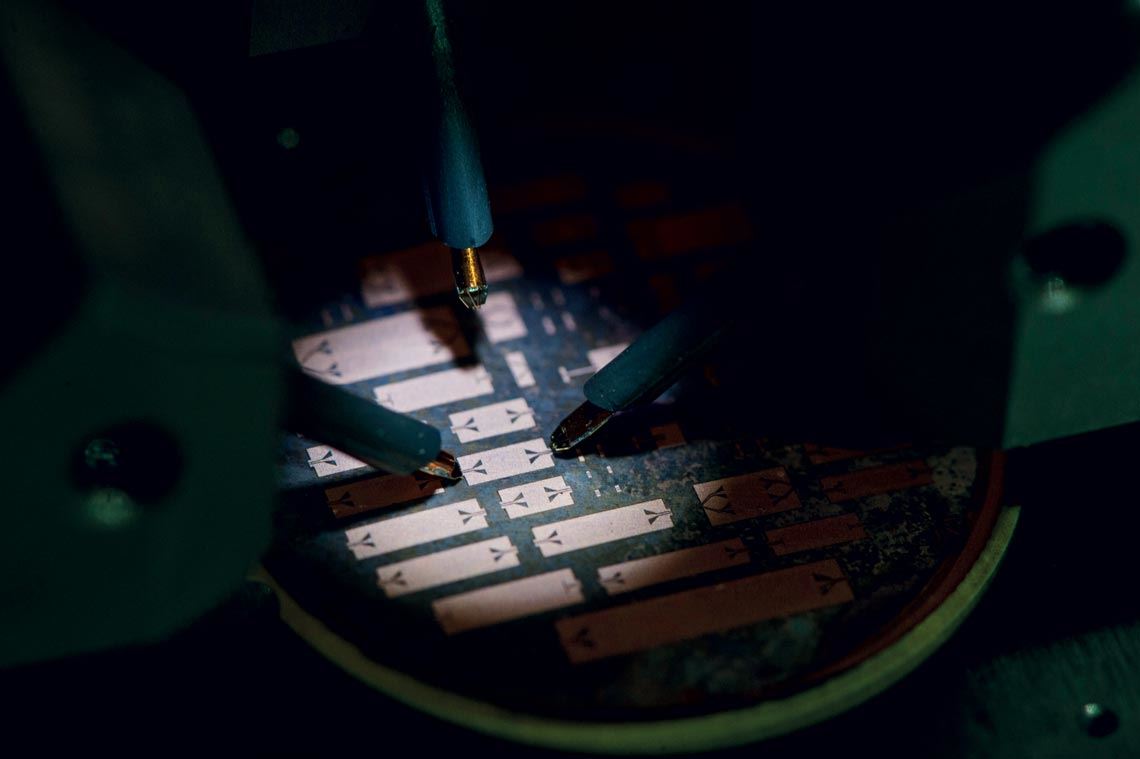 A substrate developed at USP for making antennas, filters, and other 5G devicesLéo Ramos Chaves

China, India, Russia, the US, Finland, and Australia are some of the countries that have shown interest in the Brazilian-developed solution, which is competing with other systems being developed around the world. There is still a long way to go before the system can be deployed at a global scale, as it will require approval from the 3rd Generation Partnership Project (3GPP), an international organization that sets standards for mobile voice and broadband communications. 3GPP Release 17, the standard on 5G networks in remote areas, is expected to be published in 2025. “For the time being, we are working to secure approval from the Brazilian Telecommunications Agency [ANATEL] to use the technology in Brazil for private agricultural or industrial applications,” says Mendes.

Experts predict that 5G technology will radically improve public telecommunications performance both in remote areas and in urban centers. Whereas current 4G (and now 4.5G) networks have average speeds ranging from 15 Mbps to 25 Mbps, with a top speed of 300 Mbps, 5G technology promises average speeds of 50 Mbps and peak speeds as high as 2 gigabits per second (see table below). A useful comparison is how long it takes to download a high-definition movie: 10 minutes in 4G and a matter of seconds in 5G.

Latency, or response time, is 5 milliseconds with 5G compared to 100 milliseconds with 4G. A fast response time is crucial, for example, for self-driving cars to avoid collisions, for robotic surgical systems to respond to unexpected events or anatomy, or for industrial machines to synchronize their tasks. Another advantage of 5G technology is the density of devices that can operate simultaneously on the same network—1 million devices per square kilometer (km²), compared to 100,000 devices today.

5G technology began to be deployed in 2019 in several European countries, the US, Japan, South Korea, and China. In Brazil, an auction for public-use frequencies—the ones used by telecommunications carriers serving regular users—is due to be held in 2021. ANATEL has announced that four frequency bands will be available: 700 megahertz (MHz), 2.3 GHz (gigahertz), 3.5 GHz, and 26 GHz.

Brazil’s leading telecommunications carriers are expected to participate in the auction, and will need to choose from among suppliers including Chinese companies Huawei and ZTE, South Korean Samsung, Swedish Ericsson, and Finnish Nokia. The auction notice will contain specifications on whether certain suppliers will be excluded, local content requirements and local R&D requirements (see sidebar on page 75). 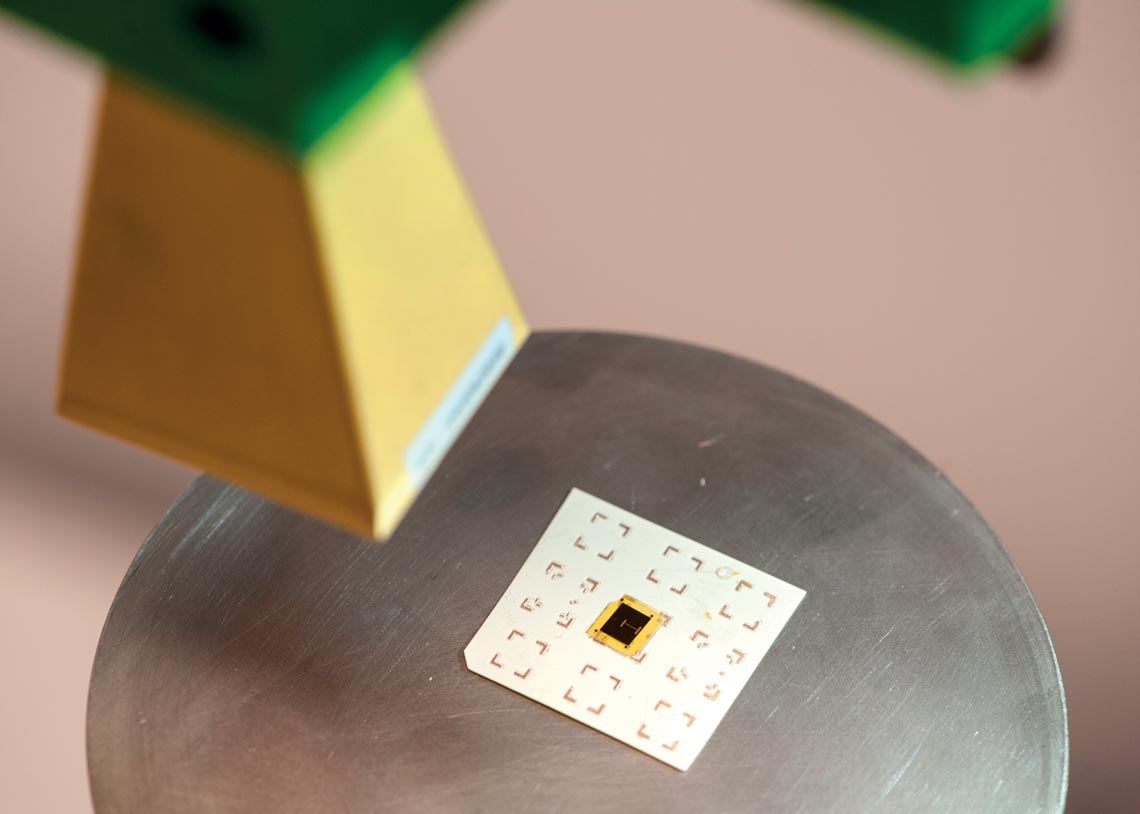 Millimeter waves
5G technology allows for the use of a broad spectrum of frequencies, from Ultra High Frequencies (UHF) in the range of 300 MHz to 3 GHz—as used in the 5G-Range experiment conducted by CCR-INATEL—to millimeter frequencies of between 24 GHz and 300 GHz. These higher frequencies are used by current 4G networks, and have the advantage of supporting higher connection speeds. But they have limited range—a few hundred meters—and are easily obstructed by physical obstacles such as doors, walls, trees or even people. This requires a larger number of higher-specification transmission antennas.

Last April the Polytechnic School (POLI) at USP launched a Millimeter Wave Center (CentrommW) where researchers will develop circuit and systems technology such as antennas, transmitters, receivers, and radars. Built with funding from FAPESP, this is the only research center in Brazil equipped to perform electrical characterization of millimeter wave circuits and systems up to 110 GHz.

“The center is designed as a place where industry players can test their circuits, systems, and equipment, but we are also looking to develop hardware for millimeter-wave applications,” says Gustavo Rehder, an electrical engineer who manages the Center alongside fellow electrical engineer Ariana Serrano, both from the Department of Electronic Systems at POLI-USP.

One of the lab’s focus areas is developing beamforming solutions that can keep waves from being dispersed as with conventional antennas. “These solutions are designed to electronically target the radiation to a given receiver, improving signal quality and increasing range,” explains Serrano. Another line of research at CentrommW is copper nanowire technology that can be used to miniaturize high-performance millimeter wave devices.

5G technology is being designed and developed by both public and private research centers, in a collaborative effort that  began in the early 2010s and will continue over the coming years, with each innovation requiring standardization by new 3GPP releases. After 3GPP has established standards for 5G, these will then be used by equipment suppliers to develop their products for use by telecommunications carriers.

In Brazil, the Wireless Telecommunications Research Group (GTEL) at the Federal University of Ceará (UFC), a collaboration with Ericsson, has made four contributions for which it has received international patents. One is a smart system for connecting to the antennas of telecommunications carriers. A user moving from one place to another will be able to seamlessly switch from one telecommunications tower to another—antenna coverage ranges will be comparatively smaller in 5G systems. “Our solution uses artificial intelligence to predict the antenna pattern the user will be moving into several seconds in advance. The 5G network can then prepare to receive the new connection, minimizing the risk of the connection being broken,” says electrical engineer Francisco Rodrigo Cavalcanti, coordinator at GTEL.

Another aspect of 5G technology is virtualization, a shift from hardware-based solutions—such as routers, decoders, signal synchronizers, and load balancers—to software and the cloud. “Virtualization can simplify base stations, reducing their hardware footprint and making them more energy efficient,” says Rodrigo de Lamare, an electronics engineer who heads the 5G Laboratory at the Center for Telecommunications Research at the Pontifical Catholic University of Rio de Janeiro (CETUC-PUC-RJ). Lamare is developing signal processing methods and communications system architecture for data sharing and cloud computing applications at carriers.

One of the new features of 5G technology is network slicing. With 4G technology all users receive the same signals; but with network slicing, telecommunications carriers can manage connection variables such as infrastructure availability, data transfer rates, and latency to match users’ demand, so that all users are well served. Another possibility with 5G is interoperability. Under an agreement among telecommunications carriers, the users of one carrier could access other carriers’ infrastructure so they at all times have the best possible connection.

Interoperability and network slicing need to be managed individually for each device-to-antenna connection. “An ambulance responding to an emergency will move from one base station and carrier to another multiple times along the way, and must be ensured priority status with each connection,” explains Moacyr Martucci, an electrical engineer in the Department of Computer Engineering and Digital Systems at POLI-USP.

CPQD is one of Brazil’s leading developers and suppliers of Operations Support Systems (OSS), a set of software systems used to automate service provisioning and management of telecommunications infrastructure. This includes network orchestrator functionality, which determines the service requirements of each infrastructure, and core functionality, which handles processing, service management, and interconnection with other carriers, including rate calculations for each carrier.

CPQD is due to start a three-year project this year, with R$20.7 million in funding from the Telecommunications Development Fund (FUNTTEL), that will include upgrades to its OSS systems for 5G applications. “The project will develop a complete 5G network, including a virtualized, open-access network, a 5G network core, and a services and infrastructure orchestration system,” says Gustavo Correa Lima, head of CPQD’s Wireless Communications Platform. “The project will run as an open innovation initiative and will also explore the use of artificial intelligence in network management, and blockchain technology for dynamic infrastructure sharing.”

Alleging cybersecurity concerns, ANATEL has officially delegated the decision to the President’s Office for Institutional Security. Telecommunications carriers Vivo, Claro, and TIM, which will likely be bidding in the auction, have publicly stated that they are against vetoing any suppliers at all. A larger number of approved vendors, they argue, would increase bargaining power and help to reduce the cost of purchasing equipment.

Electrical engineer Moacyr Martucci, a professor at POLI-USP and a member of the Brazilian 5G Deployment Think Tank, contends that there have been no reports from independent institutions showing a significant qualitative difference among different suppliers, and there have been no reports evidencing a cybersecurity risk related to any specific supplier. “Vetoing suppliers will not be a technical decision, but a political one,” he says.

Paulo Lício de Geus, a professor of electrical engineering and computer science at the University of Campinas’s Institute of Computer Science (IC-UNICAMP), disagrees. He believes there are in fact genuine cybersecurity concerns associated with 5G. “We have known for at least 15 years that the governments of several superpowers, not just China, have meddled in the affairs of electronics manufacturers,” he notes. The question for technologically dependent countries like Brazil is, “which nation would we rather be hostage to: a democracy where the government is accountable for its actions, or a country with no accountability.”

Brazil will choose its 5G technology after the US elections in November. Both Democrats and Republicans are against US adoption of Chinese 5G technology, due to cybersecurity concerns. President Donald Trump has wielded the weight of US diplomacy to influence allies, such as the Brazilian government, to also ban Chinese suppliers. The UK, Australia, Poland, and Portugal are some of the countries that have followed the US’s lead. The weight that Democratic candidate Joe Biden will attach to the issue in US foreign policy if elected remains unknown.

The Americans fear the Chinese could gain control of global digital infrastructure, and have blacklisted companies such as Huawei and ZTE as threats to national security. They allege that China could embed hidden technology layers in 5G networks that it could then exploit to spy on the US and its allies’ military–industrial complex. The Chinese government, meanwhile, denies having this capability and has vouched for its companies’ independence.