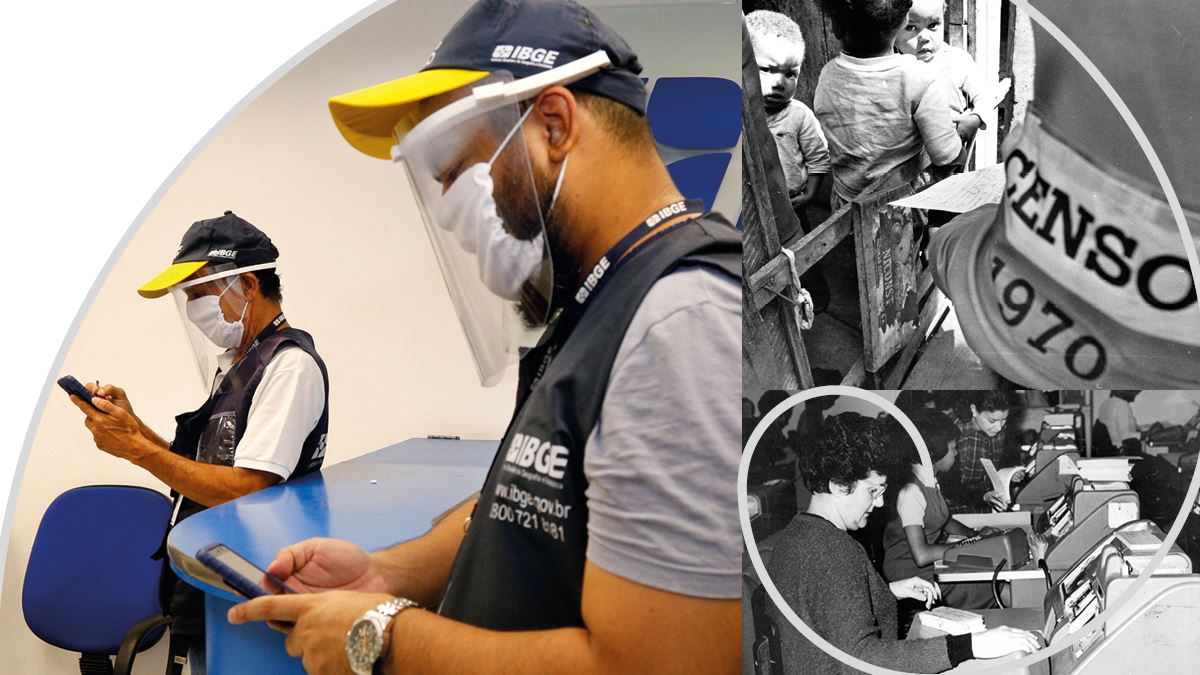 From just 14 questions in its first edition in 1872, the census questionnaire has grown to 111 questions in its most recent edition in 2010—in particular, topics such as urban mobility, international migration, and color and race have been expanded on in the last 30 years. Methodological improvements combined with georeferencing technologies have helped to better organize census takers’ fieldwork and speed up data processing.

“In the 1960s the census was extended beyond demographics to include topics on housing, education and income, manufacturing, and the job market,” notes Eduardo Pereira Nunes, an economist who served as chairman of IBGE from 2003 to 2011. “Brazil had become more complex, and that complexity was reflected in the questionnaires.” In the 1970s, says Nunes, the census data were used for the first time to set up sampling surveys such as the IBGE’s National Household Sample Survey (PNAD) and Household Income Survey (POF). “Census data can be used to calibrate statistics over the ensuing decade,” he says. They also provide the private sector with valuable inputs, for example, for market research.

Paulo de Martino Jannuzzi, of IBGE’s National Institute of Statistical Sciences (ENCE), describes how paper forms were used in early census taking. Later, in 1920, a punch-card tabulating system was introduced that made it faster to process results. “In 1960, when expanded questionnaires were introduced for a sample of 25% of the population, a larger volume of data was incorporated in the census. High-performance computers made it easier to process the data in subsequent years,” says Jannuzzi. Up to 2000, the census questionnaires were still paper-based but could be processed using optical readers.

In the most recent census, mobile devices were used to collect the data, which was then transferred on a daily basis to IBGE headquarters in Rio de Janeiro. “In the next edition, georeferencing of surveyed households and census takers’ routes will help to monitor the quality of data collection in real time,” says sociologist Vando da Paz Nascimento, technical coordinator of the 2020 Census in São Paulo State. The 2010 edition of the census started in August and released preliminary results in December.

IBGE has been in preparations for the next edition since 2018, with preliminary activities including consultations with scientists to formulate new census questions. “The census takes just three months to complete, but we take three years to prepare and another two to collate and publish the data,” says Nascimento. The 2022 census will help to measure the impacts on education levels from affirmative-action measures adopted in the 1990s. It will also provide inputs for analyzing aspects such as employability among people of color. “Among other aspects, it will inform assessments of whether affirmative action needs to be extended to the job market,” says Nunes, a former chairman of IBGE, noting that the next edition of the census will also build on the quilombola mapping process initiated in the 2010 edition.