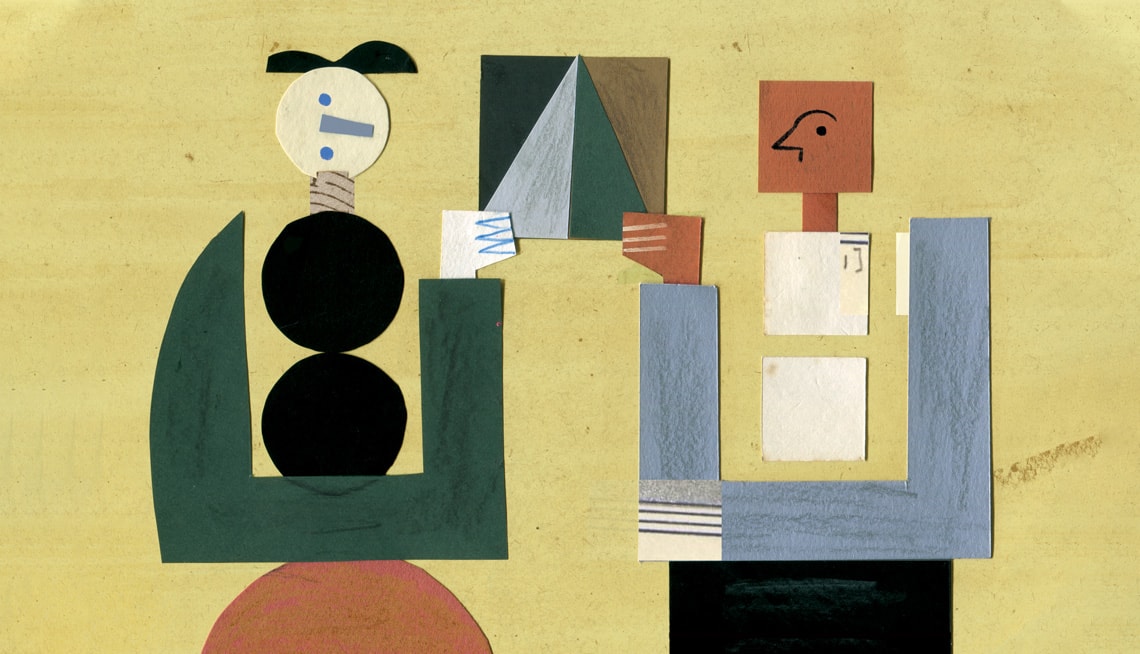 Brazil’s justice system is notoriously slow-moving and congested. According to data from the Brazilian National Justice Council (CNJ), there were 80 million cases pending in the country at year-end 2017. It takes an average of two and a half years for a case to be adjudicated in the lower courts, and another four and a half years for the award to be enforced. Experts believe this partly reflects a positive development: more people are litigating because they have a better understanding of their rights and greater access to the justice system. But the public is less familiar with consensual methods of dispute resolution, in which mediation and reconciliation mechanisms are used to reach a settlement that is then approved in court. Only 8.7% of cases in four Brazilian states (Ceará, São Paulo, Rio de Janeiro, and Piauí) were settled using these mechanisms between 2013 and 2017, even though case processing times are virtually halved when parties take the consensual route. Nearly half of litigation time is consumed by purely bureaucratic procedures.

These findings come from a survey report presented recently during an event in São Paulo, titled “Mediation and reconciliation from an empirical viewpoint: Jurimetrics to inform more efficient proceedings.” The study, developed by physicist and data science expert Evandro Saidel Ribeiro, computing scientist Ildeberto Aparecido Rodello, and jurist Luciana Romano Morilas at the University of São Paulo’s School of Economics in Ribeirão Preto (FEARP-USP), was commissioned and funded by the CNJ. “We were already developing the methodology when the call for proposals was issued and set the tone for our research,” says Morilas.

CNJ councilor Daldice Santana notes that when people have a dispute to settle, they are often unaware that they can use mediation and conciliation processes—known generically as alternative dispute resolution (ADR)—rather than proceeding directly to litigation. “The policy is fairly recent. It was implemented in 2010 to gradually introduce a mindset of amicable dispute resolution,” says Santana, referring to what is known in Brazil as the “micro-legal system.” Nearly a decade ago, CNJ Resolution 125 required that all courts of law establish ADR departments tasked with creating and overseeing Judicial Dispute Resolution and Civic Centers (CEJUSCS). Of the courts polled by the FEARP-USP group, only 46% had implemented these centers and 5% were in the process of implementing them.

Apart from limited public awareness, the qualitative stage of the survey also detected resistance from legal professionals—judges, lawyers, court staff, conciliators, and interns. For practical reasons, only lawyers responded to email questionnaires in which they had the opportunity to offer additional insight. Other respondents volunteered to be interviewed in person. Out of the 315 lawyers who responded—from a total of 12,000 who were sent questionnaires—84.8% fully or partly agreed that the benefits of ADR outweigh the drawbacks. And yet the percentage of disputes settled by alternative mechanisms is limited, as the survey shows. In addition, 45% of responding lawyers fully or partly disagreed that “judges have scheduled conciliation hearings in all cases,” as required by the Brazilian Code of Civil Procedure.

Morilas attributes this resistance to ADR to a number of factors. “From the in-person interviews, it became clear that many in the legal profession are unable to tell the difference between mediation and conciliation,” she reports. It was only in 2018 that the Brazilian Ministry of Education (MEC) required this subject to be included in the mandatory curriculum for law schools. The difference between mediation and conciliation lies in the relationship between the parties and the nature of the proceedings. Mediation applies to cases in which the parties have a long-standing personal relationship that can be reinstated through dialog. The mediator assists the parties in coming to an agreement. Conciliation proceedings also involve an unrelated third party, the difference being that a conciliator proactively suggests solutions.

These proceedings can be facilitated by independent professionals from any background, provided they have the credentials required by the CNJ’s 2010 resolution. Although mandated by law, whether fees are paid and the type of fee arrangement varies from one state to another. In São Paulo, for instance, most mediators and conciliators are volunteers, typically unpaid law-school interns. In Paraná, court staff spend part of their paid working hours doubling as mediators. Not all cases can be solved through ADR mechanisms, however; felonies such as murder or assault and battery can only be prosecuted through the justice system. And whereas court decisions are typically unsatisfactory to at least one of the parties, and ensuing appeals protract litigation, a mediated resolution, says Morilas, “puts an end to the underlying problem, and not just the proceedings.”

Research hypotheses
Three research hypotheses that the researchers tested by qualitative analysis were confirmed, providing important insights into the current state of access to ADR services. The first is that the higher the Municipal Human Development Index (IDHM), the larger the number of disputes resolved through consensual solutions, regardless of the state in which the parties to the dispute are located. The second is that cases involving family or consumer law are more conducive to consensual resolution. The third confirmed hypothesis shows that companies with the largest numbers of complaints under litigation—currently banks and telecommunications companies—are, alongside governments, the most resistant to using ADR instruments.

Morilas believes a possible explanation for this resides in the relatively paltry damages awarded in Brazil. “Damages awards provide little stimulus for large corporations to settle, one reason being that until the case is decided, the potential award is held as a security deposit in a bank account and earns profitable interest.” To reverse this trend, the researchers suggest adopting in Brazil the equivalent of punitive damages in the US—penalties designed to deter parties from attempting to protract litigation.

Disinformation about the nature of ADR mechanisms is also to blame for the limited use of consensual resolution instruments. “Lawyers with training in mediation and conciliation typically take a less contentious and more pacifying approach to their practice,” says Morilas. “There are also fears among lawyers that by suggesting conciliation, they could be deemed negligent of their duties and would be at odds with rules of procedure.” The authors refer to this as a “culture of litigation” or “culture of adjudication.”

Fernanda Medina Pantoja, of the Department of Law at the Pontifical Catholic University of Rio de Janeiro (PUC-RJ), notes that it is a common belief in the legal profession that lengthening cases through traditional proceedings can be more gainful. “But the very opposite is true. When litigation is drawn out, all parties lose. Pantoja, who was not part of the study team, points to another advantage of consensual resolution. “A settlement on the basis of dialog not only resolves the dispute but also prevents the parties from having to litigate any further.” Santana, at the CNJ, says that by opting for these methods the parties to a dispute are, in a sense, “taking control of their own lives as opposed to letting a judge decide for them.” In addition to decongesting the justice system, increased awareness about ADR mechanisms can help to change mentalities, says Morilas. “Only when we come to an understanding as a society that people can solve their own problems will the number of pending cases diminish substantially,” she says.

Methodology
As significant as the findings proper was the methodological innovation introduced by the FEARP-USP team in the area of jurimetrics—a term used to describe the use of data analytics to process information in the field of law. Process mining, an approach more commonly used in production engineering, helped to reveal constants among the vast amounts of data they processed. Using a combination of statistical tools and algorithms, process mining detects hidden patterns, repetitions, anomalies, and connections in large data sets.

In Brazil, empirical investigations are a recent development in a field of research typically devoted to developing legal theory. “Initiatives such as ours reinforce the need for the legal field to engage in scientific research more,” says Rodello. “The methodology we used can be applied in any area or topic of law.” The same process-mining techniques can be used, for example, to identify stages of proceedings where cases typically stall—the equivalent of bottlenecks in production engineering—and that information can be used to develop future solutions.

Well before the National Justice Council issued the call for proposals, in 2017, the research team in Ribeirão Preto had extensively analyzed and processed publicly available data about state courts in São Paulo. As required by the call for proposals, they included the states of Ceará, Piauí, Rio de Janeiro, and Paraná in their data sample. One of the problems they encountered was dealing with statistical obstacles preventing comparisons across data from the five states. In Ceará, for example, publicly available data was limited to information on court-approved settlements. In Paraná the situation was even worse—no case information is publicly available, with the result that only the qualitative stage of the study could be conducted.

One of the biggest challenges in process mining is weeding out information from official documents, the primary sources of data, that is irrelevant in structuring comparable data. “Case records are often not standardized as required by the CNJ,” says Ribeiro. This led the authors to suggest not only the need to expand access to ADR, as expressed in the conclusions of the report, but also the importance of standardizing records in the judicial system. Despite these difficulties, the available database provides a wealth of material for further analysis, such as a currently ongoing deep-dive into study results by municipality.