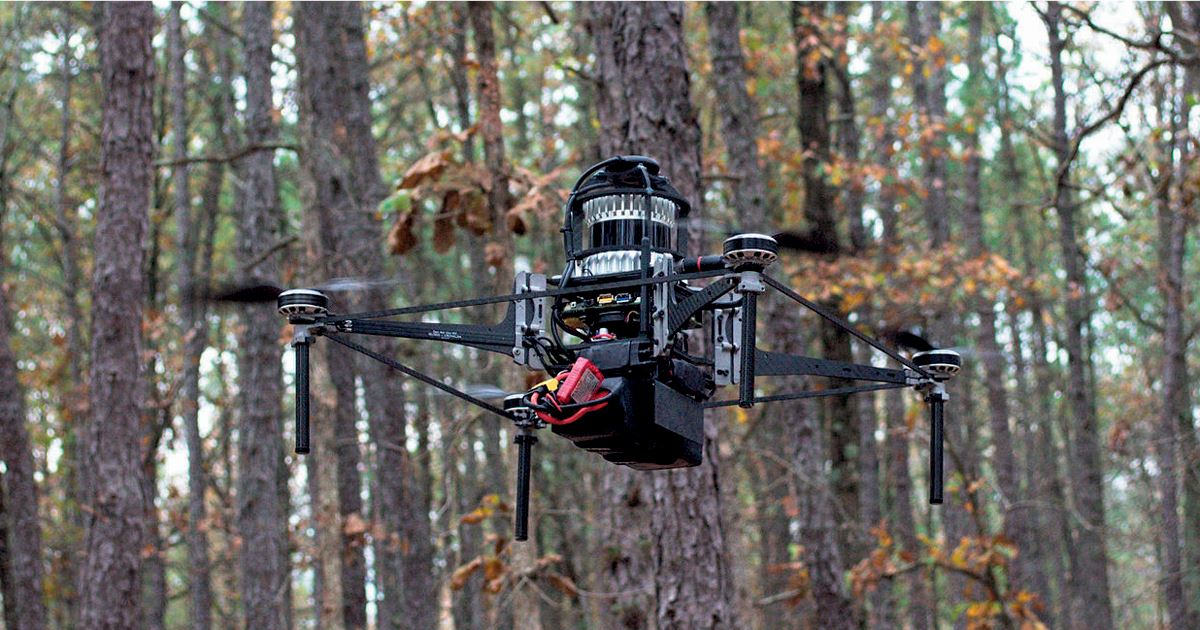 Researchers from Brazil and the USA have developed a drone capable of flying autonomously through a forest and mapping the trees. The aim is to use the device to carry out forest inventories and to combat deforestation. The drone has an on-board computer, a flight controller, and a laser sensor. The device emits beams of light that are reflected by the trees and then captured by the sensor. An artificial intelligence system creates a 3D map of the environment, detailing the number of trees, the volume of wood, and the area covered by vegetation (IEEE Robotics and Automation Letters, April 2020). It is estimated to be capable of mapping 40 hectares in half an hour—a task that would require days of human labor. “With the drone, the process is faster, safer, and more accurate,” says Guilherme Nardari, a PhD student at the University of São Paulo (USP) in São Carlos, one of the authors of the paper.