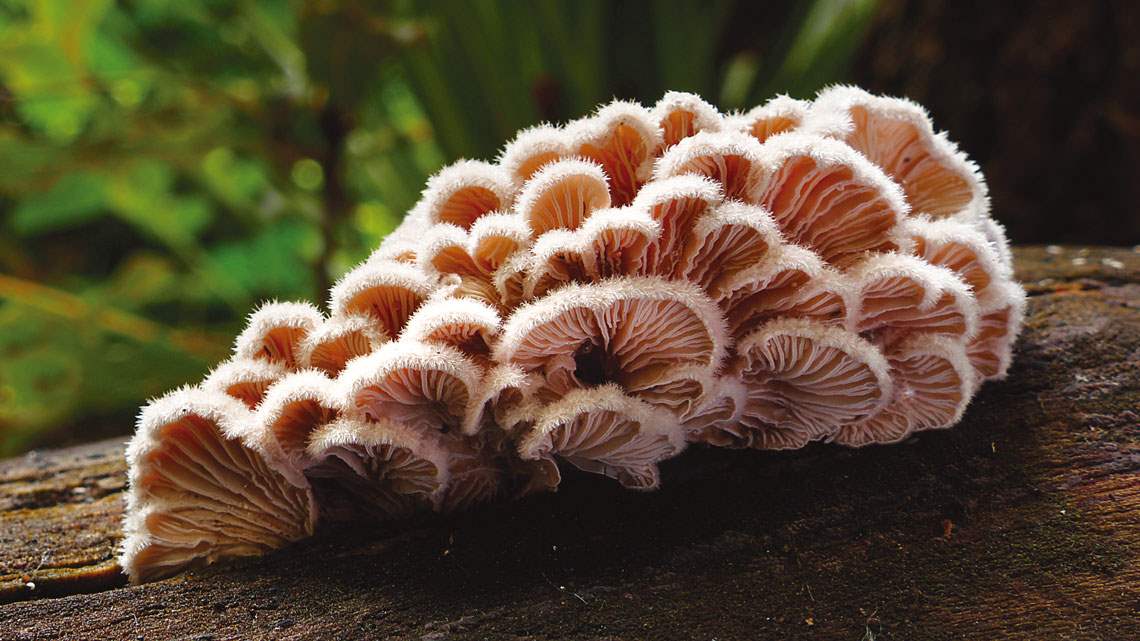 The fungus Schizophyllum commune, which produced the most extensive “vocabulary”

The electrical signals emitted by neurons are the basis of a language used by the nervous system in animals. However, many living beings without a nervous system also produce these same signals, including fungi. Electrical charges have been detected in the filaments (hyphae) of these organisms. Andrew Adamatzky, a computer scientist from the Unconventional Computing Laboratory at the University of the West of England in Bristol, theorizes that these sequences of electrical signals could serve as a means of communication between parts of fungi or between them and other organisms. Using electrodes, he measured the frequency and duration of electrical discharge sequences from four species of fungus: Omphalotus nidiformis, Flammulina velutipes, Schizophyllum commune, and Cordyceps militaris. Assuming that they are used to communicate, he compared the duration of the electrical signals to phonemes in the English language. The analysis revealed patterns with a remarkably similar structure to human language. The signals are grouped into vocabulary-like sequences of up to 50 words, each similar in length to words in some languages (Royal Society Open Science, April 6). It is not known whether the patterns are actually a form of communication or an effect of fungal growth, Adamatzky told the newspaper The Independent. In previous research, he had observed changes in electrical activity when subjecting fungi to optical, electrical, or chemical stimuli.