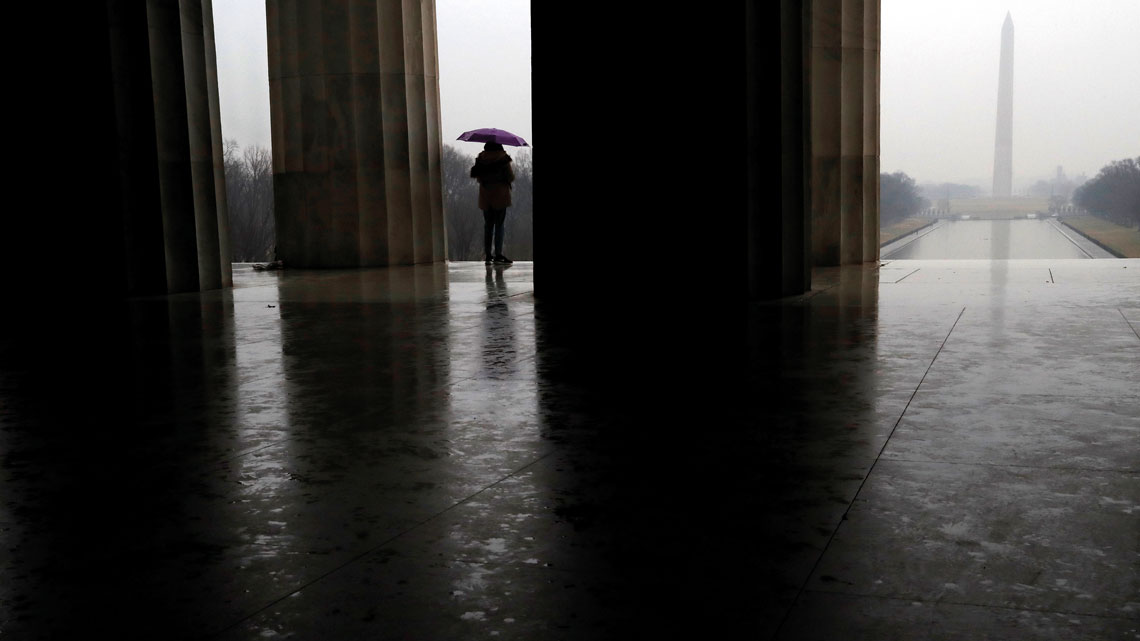 In the background, the Lincoln Memorial, in Washington DC. The monument was built in honor of the 16th president of the United States, Abraham Lincoln (1809–1865).

“Both symmetrical and opposing.” This is how researcher Sebastião Velasco e Cruz describes the long-prevailing relationship between knowledge about the United States in Brazil, and knowledge about Brazil in the United States. “United States academics have always sought to have the most advanced and reliable information about different parts of the world, so there is a well-established field of study on Latin America and strong scientific communities that generate knowledge and maintain a permanent focus on the region,” states Cruz, a political scientist from the University of Campinas (UNICAMP). “Here [in Brazil], we think we know a lot about the United States, but we used to lack the mechanisms to seek the information we need to really know the country. This is the challenge we set out to face over 10 years ago and have been facing ever since.”

Cruz is referring to the work done at the National Institute of Science and Technology for Studies on the United States (INCT-INEU), an interdisciplinary and interinstitutional research center based in São Paulo of which he has been coordinator since 2017. “Our assumption is that the United States government and politics are among the most powerful forces in the world,” says Cruz. “They impact individuals, civil societies, corporations, and political institutions, as well as the legal and constitutional autonomy that is attributed to them.” The institute was established in 2009 and has since published 71 books, 182 book chapters, 290 articles, and 14 periodicals in Brazilian and international journals, many of them as joint efforts with the Center for Contemporary Cultural Studies (CEDEC).

“Our writings on the United States cover a wide range of topics: internal politics, institutions, government processes and policies, integration and crisis in Latin America, and the United States’ policy for the region―with an emphasis on the challenges and opportunities of its complex relationship with Brazil,” explains Cruz.

The history of the institute precedes its establishment. In 2001, the Ministry of Foreign Affairs (MRE) published a call for proposals with the aim of promoting international relations postgraduate studies in the country. “At that time, the ministry found the supply of knowledge about the functioning structures of the United States―necessary for Brazil in the context of a globalized economy―to be insufficient,” reports Cruz. Researchers from São Paulo State University (UNESP), Pontifical Catholic University of São Paulo (PUC-SP), and UNICAMP decided to join forces and put together a proposal. Once the proposal was approved, the San Tiago Dantas program (1911–1964)―named after the chancellor during the presidency of João Goulart (1918–1976)―began operating in 2003.

Two years later, there was a new call for proposals―this time from both MRE and the Ministry of Science and Technology―to stimulate research on major international relations issues. The members of the San Tiago Dantas program chose to focus their research on the United States―its politics, economy, society, and culture. “When the INCTs [Brazilian National Institutes for Science and Technology] call for proposals was released in 2008 by the CNPq [Brazilian National Council for Scientific and Technological Development], we were in a privileged position, because the research portion of our work had already been done,” recalls Cruz. The institute began operating the following year, bringing together specialists from all three universities and from CEDEC, with funding from CNPq and FAPESP.

Today, it mobilizes 80 researchers and 20 institutions. For some of them, such as the University of Brasília (UnB) and the Federal University of Paraíba (UFPB), their research centers on the subject were established by INCT-INEU researchers. “This is the most important thing: the network never stops expanding,” says Cruz. In 2010, a website called the Political Observatory of the United States (OPEU) was created as a specialized electronic publication, as well as a permanent database on the internal and external policies of the United States. According to the INCT-INEU coordinator, the OPEU is mainly responsible for disseminating knowledge. Since 2017, the observatory has focused on producing informative material in the form of analytical articles and commentary, producing over 2,500 news clippings in its first seven years. The OPEU team was initially comprised of undergraduate, master’s and PhD students. Many of them became researchers or teachers; others practice journalism and various professional activities in the field of international relations. In this sense, the observatory indirectly fulfills research and staff training roles.

The INCT-INEU also boasts an audiovisual production center, the result of an independent project that was approved by the Pernambuco State Cultural Support Fund and was later embraced by the institute. The resulting 2017 documentary by Fernando Weller, Em nome da América (In the name of America), depicts the experience of American Peace Corps volunteers in Pernambuco. The US government program, developed in the 1960s and 1970s, brought 6,000 young volunteers to the Northeast of Brazil for humanitarian work. Weller, a researcher and professor of cinema at the Federal University of Pernambuco (UFPE), received funding from the INCT-INEU to conduct interviews and documentary research using primary sources in the United States.

Political scientist Tullo Vigevani, a retired UNESP professor and a coordinator for the institute during its first seven years, believes the innovativeness of the INCT-INEU lies in its encouragement of “incorporating different types of research about the United States,” thus becoming a “group that systematically tackles this topic and disseminates information on a national level.” The development of the US’s foreign trade policy, for example, is one of the topics examined by the scientists at the institute. Power and Trade – United States Trade Policy, a book written by Vigevani, Filipe Mendonça, and Thiago Lima, was deemed best scientific work of 2019 by the National Association for Graduate Studies and Research in Social Sciences (ANPOCS). 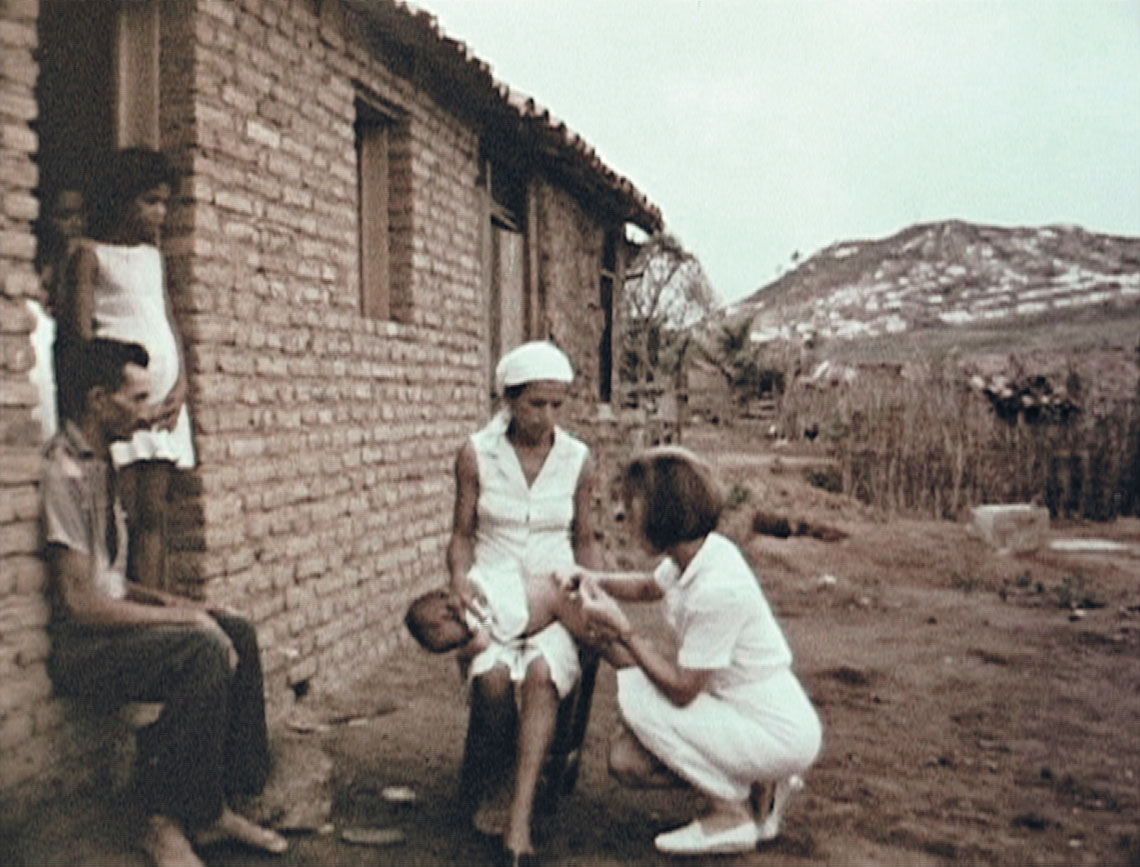 A North American volunteer during a vaccination campaign in rural northeastern Brazil. The scene is included in Fernando Weller’s documentary about the experience of Peace Corps volunteers in PernambucoPublicity

Think tanks
The knowledge acquired during this time guided how the Brazilian Conference of Political Studies on the United States, held at the end of last year at PUC-SP, was organized and how its topics were selected. The four-day conference hosted six thematic groups; each held three debate sessions, three round tables, and lectures with seven foreign guests: Chilean former minister Luis Maira and political scientists Diana Tussie, from Argentina, Inderjeet Parmar, from Britain, Jayesh Rathod, from the United States, Monica Hirst, born in Brazil and based in Argentina, David Sogge, from the Netherlands, and Raúl Rodriguez, from Cuba. The history and impact of think tanks―the topic of Parmar’s presentation―for example, has been investigated by INCT-INEU researchers since the institution was first established. Although think tanks have almost directly influenced American politics since the nineteenth century, until recently the topic was seldom explored in academia. “At the institute, the topic gave rise to very detailed research on the history of how these institutions think and how they influence public policy, from various ideological orientations,” explains Cruz. Vigevani claims such study centers have been instrumental in defining United States foreign relations under various administrations over the last 60 years.

Researchers who took part in the November conference were unified in their bewilderment over the path of American politics in this century. With the end of the Soviet Union, in 1991, the United States emerged as the world’s sole superpower, unmatched by any other country. However, according to their assessment, that reality has changed: there are threats to American power in many regions and spheres of expression.

“What some analysts had been pointing out for some time has become evident: the immediate post–Cold War era situation was transitory,” says Cruz. “Sooner or later, Russia―a defeated power―will regroup and claim its place once again. And the ongoing reorganization would allow for the establishment of a new pole of expansion in the global economy, around China, with dramatic geopolitical implications, since it is not part of the ‘safety community’ built by the United States after World War II,” evaluates the institute coordinator. 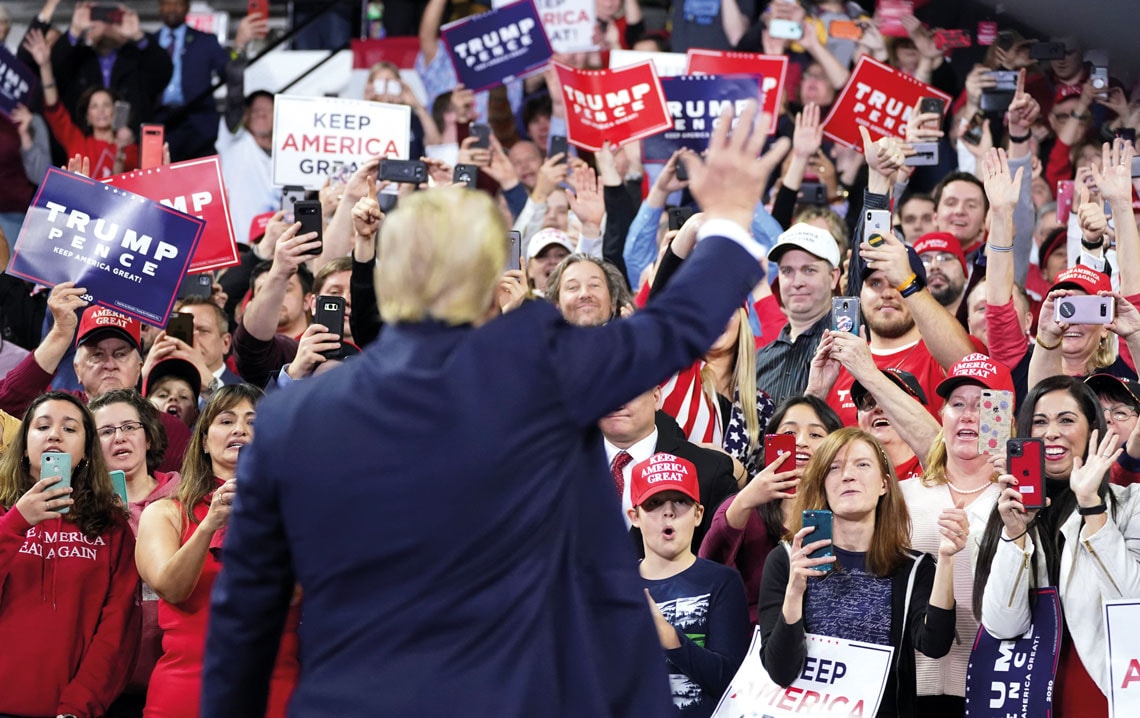 Donald Trump at a rally in January, in Milwaukee: a tendency toward unilateralism distinguishes his administration from that of Barack ObamaKevin Lamarque / Reuters / Fotoarena

“After the 2001 attacks, the Iraq war was expected to end quickly, but it became clear that the United States faced reactions for which it was politically and militarily unprepared―surprising even international relations theorists,” notes Cruz, pointing out that the situation deteriorated with the 2008 economic and financial crisis and geopolitical tensions with Russia. “As INCT-INEU researchers, we found that we were right in assuming that the world is not at the dawn of a new era of stability, but is going through a transitional moment marked by instability—both economic and political,” he adds. In this context, according to Vigevani, Latin America continues to be ideologically or commercially relevant to the United States, serving the interests of the “metropole.” In his assessment, “the current American president’s tendency towards unilateralism is the most relevant difference between the administrations of Barack Obama [2009–2017] and Donald Trump.”

Maira―who began his research on the United States in Mexico, where he went into exile during the regime of dictator Augusto Pinochet (1915–2006), in the 1970s―lists the symptoms of the crisis faced by the United States, which Trump intended to remedy with “unilateral and isolationist” measures. The first symptom is a loss of credibility in the electoral system, beginning with the numerical contradiction that occurred in the 2001 election, which culminated in the election of George W. Bush, and was aggravated by a similar situation during Trump’s victory over Hillary Clinton. The second symptom of the crisis is the increasing interference of the Supreme Court in campaign finance mechanisms. There has also been a heightened sense of sectarianism in the polarization between Democrats and Republicans, the escalation of gun violence, the enormous growth of social inequality, and, finally, an ideological redefinition, with the reassignment of political forces.