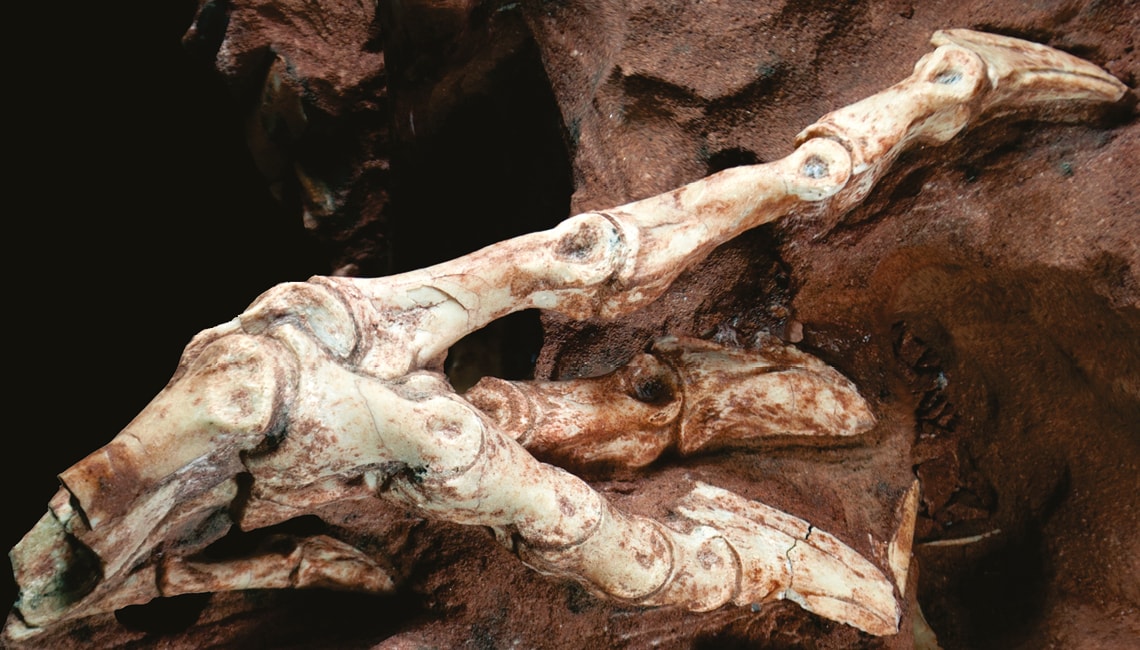 Ninety million years ago, in an ancient desert in what is now the Brazilian state of Paraná, lived a small carnivorous biped, just over one meter (m) long and weighing 11 kilograms, with a threatening physical trait never seen in any other dinosaur: each foot had a pair of knife-like claws, probably used to capture and tear apart its prey. The fearsome anatomical feature of this new species, which has been named Vespersaurus paranaensis and is the first dinosaur to be found in this state in southern Brazil, is similar to the hook-shaped claws of the famous Velociraptor (Scientific Reports, June 26). “Despite the similarity, Vespersaurus was not closely related to the Velociraptor,” Says paleontologist Max Langer, from the University of São Paulo (USP), Ribeirão Preto campus, who coordinated the study of the fossils, found in the municipality of Cruzeiro do Oeste. “It probably fed on lizards and pterosaurs [winged reptiles], whose fossil remains have also been found in the region.” The feet of the Vespersaurus had another peculiar characteristic. The animal walked with almost all of its weight on the middle toe of each foot. Of its four toes, three were functional and one was vestigial (not fully formed). The largest functional toe, which produced its distinctive footprints, was in the middle, between the two claws. Vespersaurus belongs to the theropod group of carnivorous dinosaurs that as well as Velociraptor, includes the tyrannosaurs. The scientific paper describing the new species was also contributed to by researchers from the State University of Maringá; the Cruzeiro do Oeste Palaeontology Museum; the National Museum of Rio de Janeiro; and the Argentine Museum of Natural Sciences. 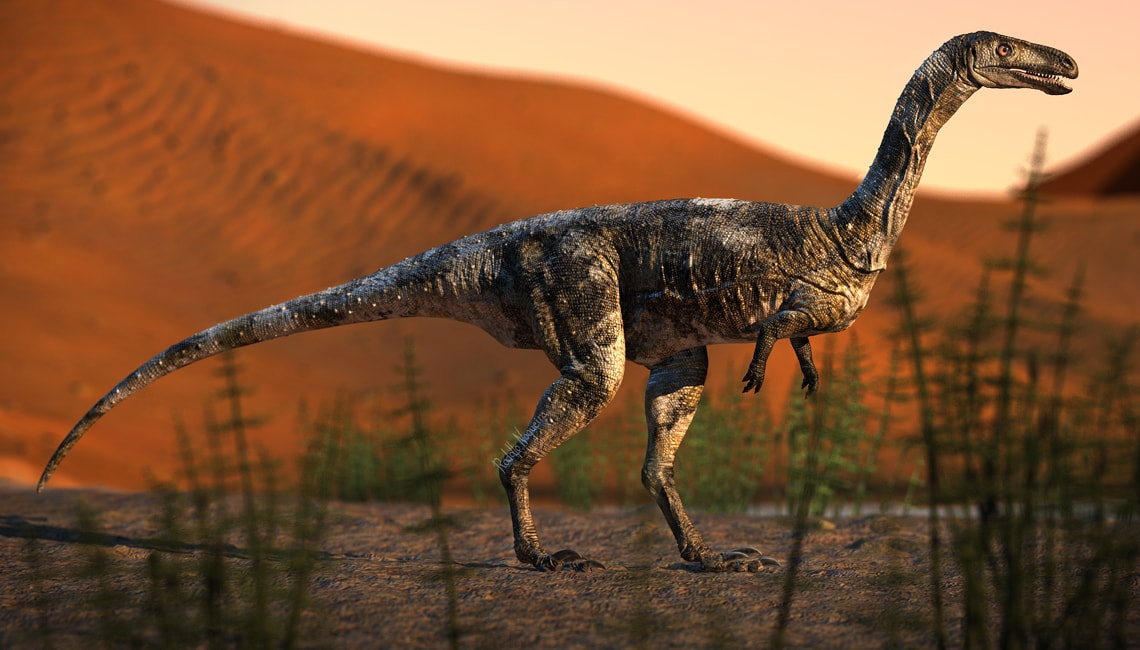