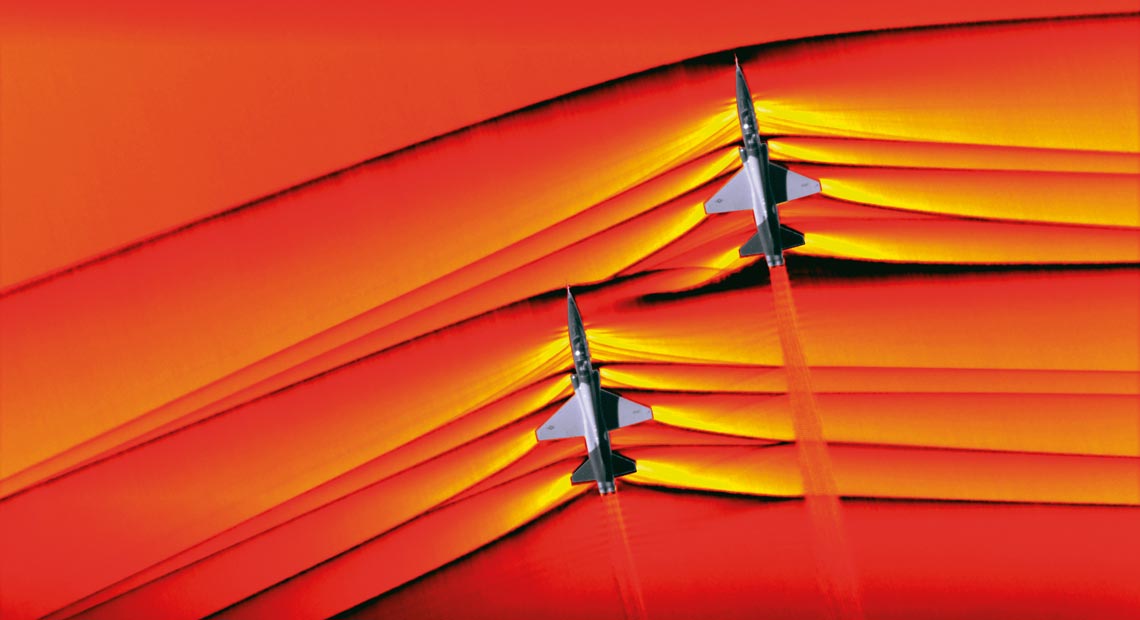 The image below shows the interaction between shock waves generated by two fighter jets as they pass the speed of sound at about 1,230 kilometers per hour. It was obtained by a team from NASA using a special photography system capable of capturing high resolution images of sound shock waves—disturbances to the air that travel faster than sound and generate a loud bang. Shock waves result from the sudden change in air pressure exerted by an aircraft as it passes the speed of sound. According to NASA, it is the first time the interaction between shock waves produced by supersonic fighter jets has been captured from another airplane. Released in early March, the photo was taken during test flights for an enhanced aerial photography system. The agency plans to use the equipment to assess the performance of a silent supersonic aircraft being developed by Lockheed Martin. If the new aircraft project is successful, it hopes to obtain permission from regulatory bodies to make quieter supersonic commercial flights between continents.