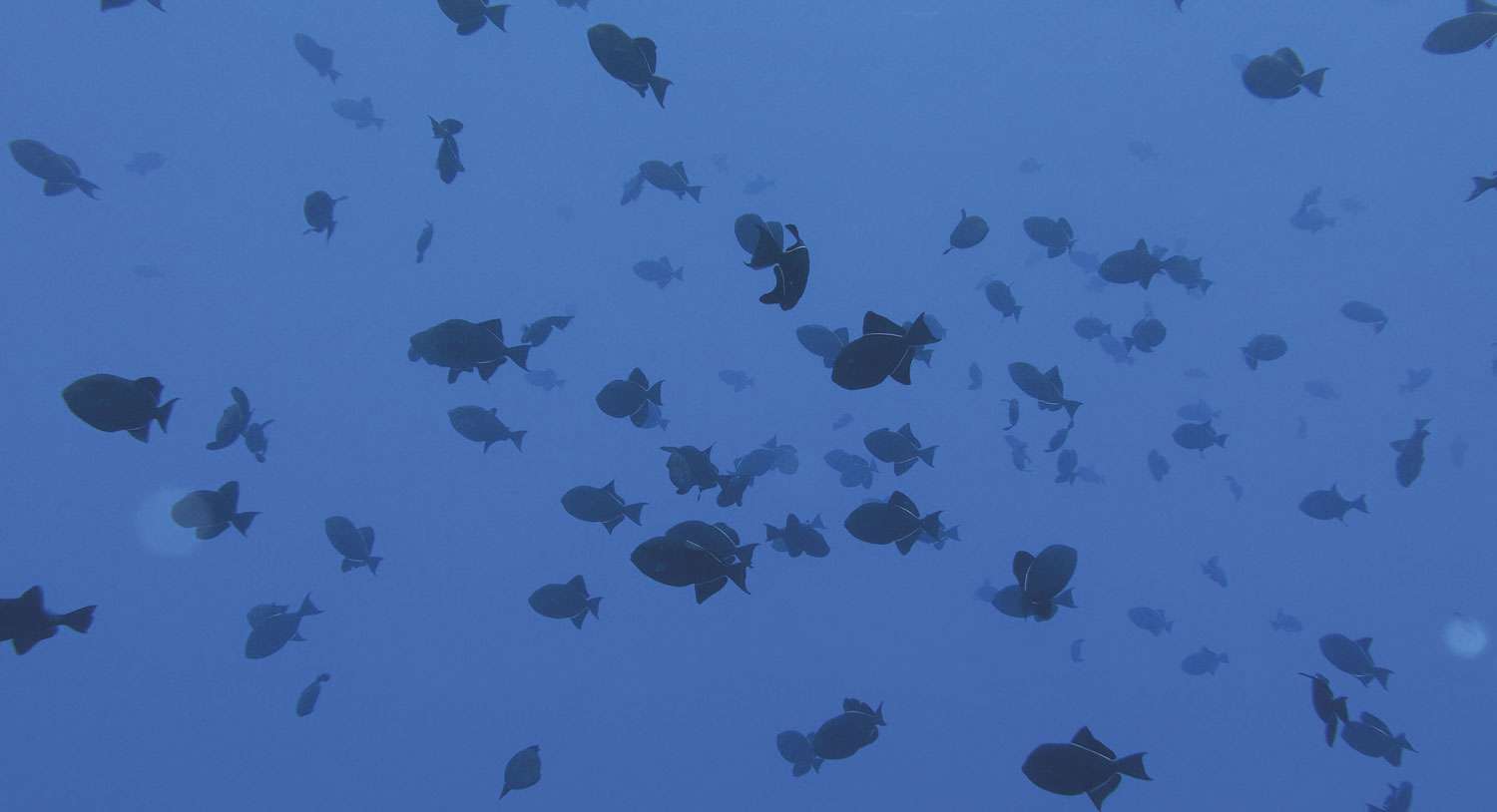 Abundant populations of large fish off Brazil’s coast are largely concentrated in the Northeast and in a handful of preserved areas in the Southeast, such as the island of Trindade in Espírito Santo and the Alcatrazes archipelago in São Paulo. Fish sizes contrast starkly between regions according to a Brazilian Marine Biodiversity Research Network (SISBIOTA-MAR) survey published in October 2017 in the Journal of Fish Biology. The difference in weight between specimens caught at the locality where large fish were most abundant—the shallow reefs off Parrachos do Maracajaú, in Rio Grande do Norte, where around 1,200 grams of fish were found per square meter—and in the locality where they were least abundant—the southern portion of the island of Florianópolis—was 120 fold, and greater than the researchers expected.

Omnivorous fish, which feed on both animals and algae, accounted for 66% of biomass. But small fish are not dominant everywhere: on reefs that are far removed from human activity, such as those surrounding remote Pacific islands, large predators abound. Along Brazil’s coast, herbivores and small carnivores accounted for 22% of biomass. Large carnivores—sharks, groupers, and rays—accounted for only 12% and were rarely sighted.

“We only saw sharks in Rocas Atoll and Fernando de Noronha, and groupers in a protected area on the coast of Maranhão, but they ought to be much more abundant in these and other places along the coast,” says biologist Sergio Floeter, a professor at the Federal University of Santa Catarina (UFSC) and coordinator of SISBIOTA-MAR, a network of 30 experts from nine institutions who covered 4,500 kilometers (km) of Brazil’s 7,500 km coastline. According to a study by Canadian, Spanish, and Italian researchers published in the Marine Ecology Progress Series in 2014, populations of large predators have declined more sharply—by about 50% in the last 40 years—than those of smaller species.

The depletion of large-fish stocks has been the result of the targeting of commercially valuable species by fisheries, the contamination of marine environments, and the destruction of habitats. “Coastal aquaculture operations deforest and silt up rivers and marine environments, increasing turbidity and preventing sunlight from penetrating the water,” says biologist June Ferraz Dias, a professor at the Oceanographic Institute of the University of São Paulo (USP). In one of the areas she surveyed in Santos, on the coast of São Paulo, long-term disposal of sewage and other municipal and industrial waste has made the bay waters shallower, reduced the diversity of fish species, and increased the concentration of bacteria (see Pesquisa FAPESP, issue no. 144).

The SISBIOTA-MAR researchers are urging authorities to bolster marine conservation initiatives and expand existing marine protected areas. “In Abrolhos, fishing pressures are high despite the protection from a national marine park,” says Floeter. Biologist Alberto Lindner, a professor at UFSC, says: “Currently only 1.5% of Brazil’s coastline is protected from fishing. The island of Trindade is one of the regions in need of a large-scale fishing ban.”