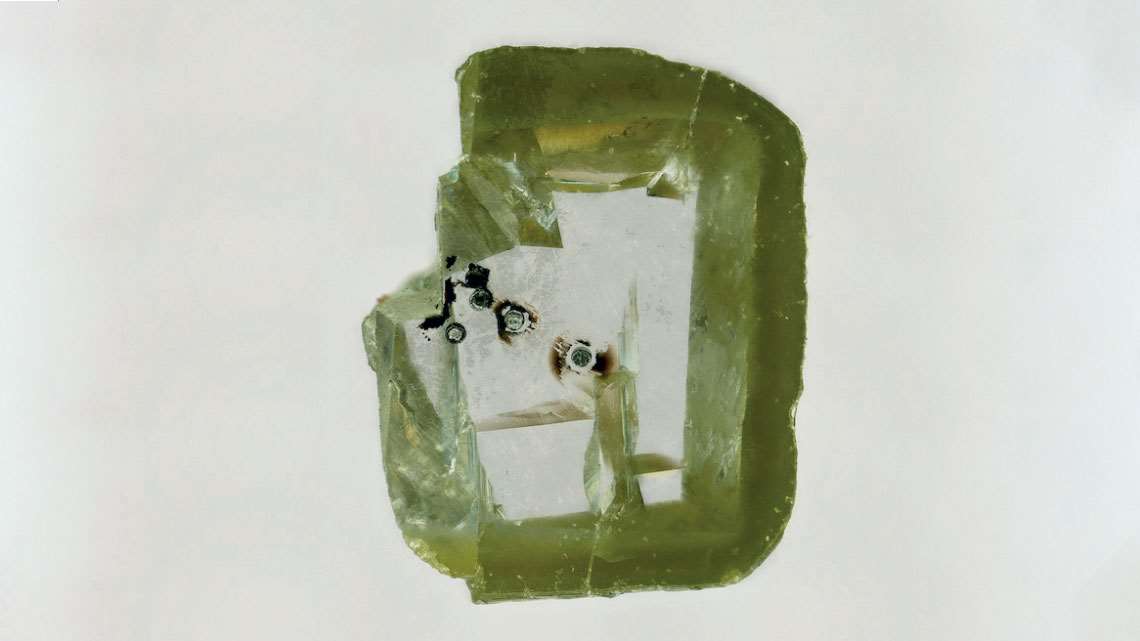 A diamond extracted from a mine in Botswana, Africa, and stored at the Natural History Museum of Los Angeles (NHMLA), USA, contains a mineral that has never been seen before: calcium silicate perovskite. Together with his colleagues, Oliver Tschauner, a mineralogist from the University of Nevada, analyzed the chemical composition and structure of the mineral, which was named davemaoite after Chinese-American geophysicist and mineralogist Ho-kwang (Dave) Mao (Science, November 12). Davemaoite can only form at more than 660 kilometers below the earth’s surface, in a region called the lower mantle, where the temperature exceeds 2,000 degrees Celsius and the pressure is hundreds of thousands of times higher than observed at sea level. It is estimated that 5–7% of the lower mantle is composed of this mineral, the crystalline structure of which contains radioactive chemical elements (uranium, thorium, potassium, among others) that contribute to the planet’s interior heat.