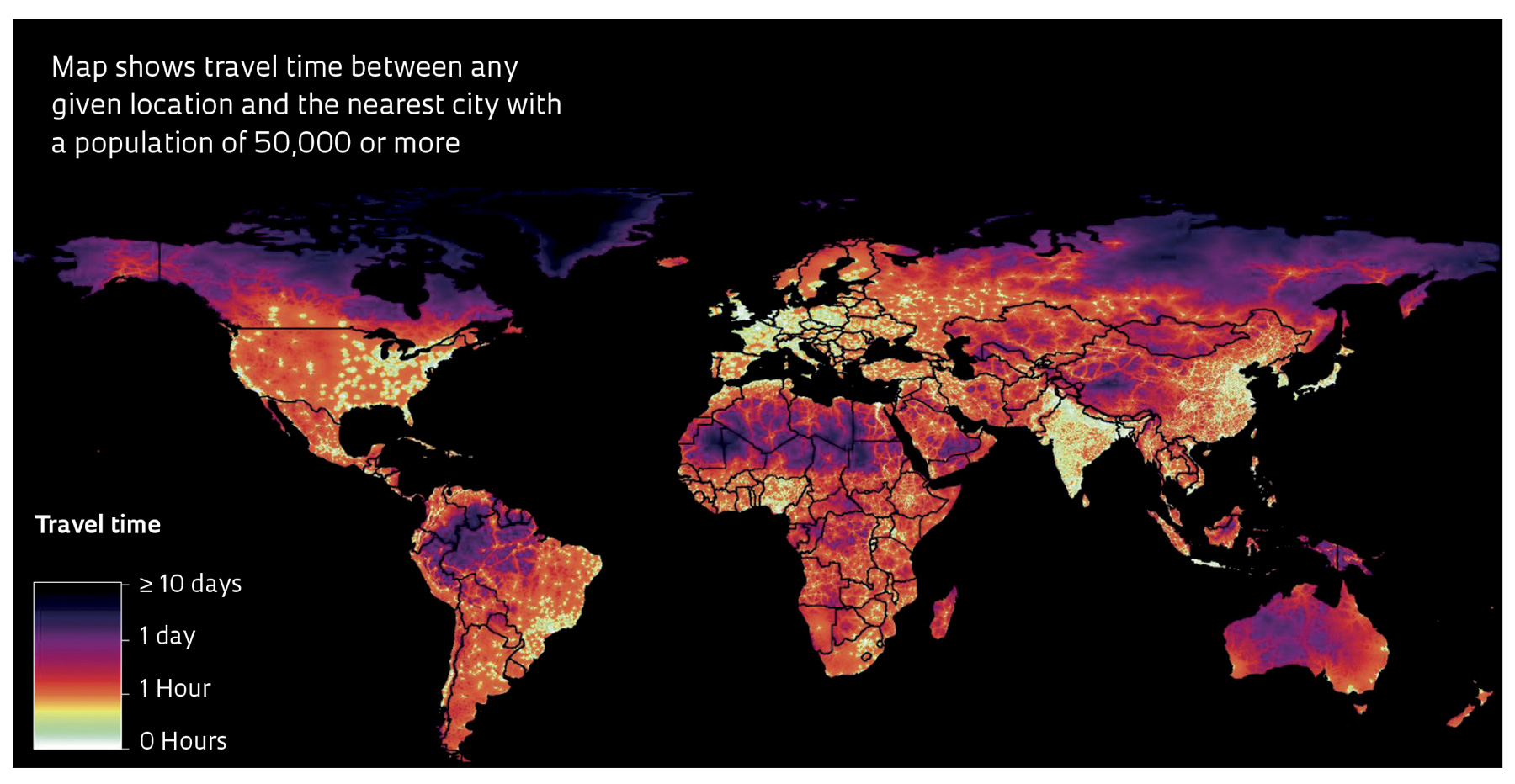 Increasingly connected by communication technologies, the world remains unevenly linked in terms of physical travel. Access to transport routes (roads, railways, and rivers) varies greatly between regions of differing development. Using 2015 data from Google and the collaborative Open Street Maps project, researchers from the University of Oxford, UK, and other countries in Europe and the US produced a global map that estimates the travel time from any point in the world to the nearest city with 50,000 or more inhabitants. In wealthier countries, almost 91% of the population resides within an hour of the nearest city, while in low-income nations, many of which are located in sub-Saharan Africa, this figure is only 51%. In more isolated regions of the Amazon, Australia, North Asia, and North America, it can take days to travel to the nearest urban center (Nature, January 10). Because economic, educational, and healthcare resources are concentrated in cities, access to them is of great importance. According to the researchers, the map is more detailed than one previously produced in 2000 and could support efforts to improve access to remote areas, helping achieve the Sustainable Development Goals agreed by the United Nations in 2015, which are aimed at eradicating poverty and hunger and improving education worldwide by 2030.