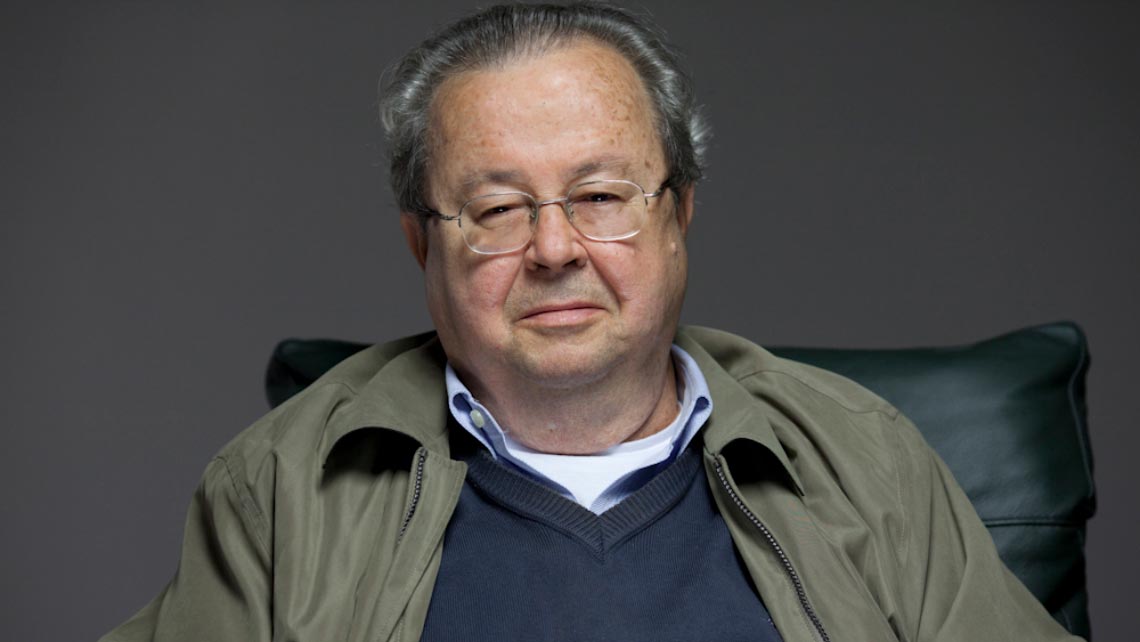 The political scientist in May 2010

Democracy, populism, and unionism were some of the topics that drew the interest of political scientist Francisco Weffort, who died in Rio de Janeiro on August 1, at the age of 84. Like other names of his generation, he was an intellectual who knew how to combine political militancy and academic pursuits: in addition to being a university professor, he helped found the Workers’ Party (PT) and was Minister of Culture during Fernando Henrique Cardoso’s administration. “He played a fundamental role in establishing the foundations of Brazilian political thought and his work is required reading when it comes to Brazil’s intellectual scene in the second half of the twentieth century,” says José Álvaro Moisés, a retired professor from the Department of Political Science of the School of Philosophy, Languages and Literature, and Humanities at the University of São Paulo (DCP-FFLCH-USP). “Among other things, more than a decade ago, he started today’s debate on the quality of democracy and always appreciated the plurality of ideas.”

The son of a housewife and a salesman, Francisco Correia Weffort was born in 1937 in Quatá, a town in the state of São Paulo. In 1960, he obtained his undergraduate degree in social sciences from USP and, about a year later, became a professor at the same institution until his retirement in 1995. There, he trained several generations of intellectuals, especially in the 1970s and 1980s. “When I was first admitted into the social sciences program, I intended to become an anthropologist, but decided to go into political science thanks to Professor Weffort’s lectures,” says sociologist and political scientist Maria Victoria Benevides, a retired professor from the USP School of Education (FE). “He would use plain language and was a great teacher who respected his students. His lectures on Gramsci (1891–1937) were always crowded,” adds Benevides, who was advised by Weffort during her master’s and PhD.

Still in the 1960s, Weffort began his studies on the social roots of populism, which would become required reading on the topic. One of his most popular books is O populismo na política brasileira (Populism in Brazilian politics; Paz e Terra, 1978), which includes material written from 1963 to 1971. “His ideas were influential not only in the social sciences, but also in the Brazilian public sphere,” says André Kaysel Velasco e Cruz, from the Department of Political Science of the Institute of Philosophy and Human Sciences at the University of Campinas (DCP-IFCH-UNICAMP). “Populism was the concept used by Weffort to explain how the race for votes and the individual appeal of leadership replaced the formation of long-term party loyalties in Brazil.”

In 1964, Weffort moved to Santiago, Chile, to work as a professor and researcher at the Latin American and Caribbean Institute for Economic and Social Planning (ILPES), linked to the United Nations (UN). In the last two years of the 1960s, as a PhD student at USP, he became a visiting professor at the University of Essex, in England. “He was a fierce critic of the military regime,” Benevides recalls. Once he returned to Brazil, he joined the Brazilian Center for Analysis and Planning (CEBRAP), founded in 1969 in the city of São Paulo. There, he formed a specific study group on the working class and unions and published the 1972 book Participação e conflito industrial: Contagem e Osasco – 1968 (Industrial participation and conflict: Contagem and Osasco – 1968), about the workers’ strikes that took place in the two towns, located in the states of Minas Gerais and São Paulo, respectively. “He captured the birth of a new unionism in Brazil, which refused the peleguismo [the practice of having union leaders as mediators between workers and the government] of the Vargas era,” points out Milton Lahuerta, from the College of Letters and Sciences of São Paulo State University (FCLAR-UNESP), Araraquara campus. “In his view, it was about a labor force that had autonomy in the face of a corporative tradition, typical of populist unionism and more prepared to play an active role in society.”

In 1976, Weffort left CEBRAP and, alongside a group of researchers that included Moisés, Benevides, and philosopher Marilena Chauí, he established the Center for Contemporary Cultural Studies (CEDEC), also in São Paulo. “It was not a rupture, but an attempt to create a new experience of research and political-cultural action. These intellectuals wanted to approach certain themes and subjects—such as the labor movement—which the CEBRAP studies did not contemplate in such a systematic way at that time,” explains political scientist Daniela Mussi, from the Federal University of Rio de Janeiro (UFRJ), who studied the history of CEDEC.

Political scientist Bernardo Ricupero, current president of CEDEC, recalls that both institutions intended to continue the research work of intellectuals that had been exiled or persecuted during the military dictatorship. “When he led CEDEC as its first president, Weffort promoted research on the social movements that emerged in Brazil in the late 1970s and soon had a political impact,” says Ricupero, also a professor at FFLCH-USP.

One of these developments, according to the researcher, was the February 1980 founding of the PT, with which Weffort played a role. He also began to analyze the democratic transition process and wrote books such as Por que democracia? (Why democracy?; Editora Brasiliense, 1984)—a result of his full professorship thesis at the DCP-FFLCH-USP, defended that same year. He ran for congress in 1986 but failed to get elected.

Weffort remained a high-ranking member of the PT for around seven years, holding the position of party secretary-general from 1983 to 1987. He left the party in 1994, shortly before accepting the offer to become Minister of Culture for the administration of the newly elected Fernando Henrique Cardoso (PSDB), who had been his professor at USP. Weffort held the position for eight years—the longest in the history of the post, established in 1985, during José Sarney’s administration.

“He organized the ministry and incorporated the area of into the Brazilian government,” says sociologist Maria Arminda do Nascimento Arruda, from FFLCH-USP. His measures included increasing tax deductions for companies that fund cultural projects through tax incentive laws implemented during previous administrations—the 1991 Rouanet Law, from the Fernando Collor de Mello administration (1990–1992), and the 1993 Audiovisual Law, from the Itamar Franco administration (1992–1994). “While they had been around for a while, Weffort allowed them to be used in a systematic way. This boosted the Brazilian filmmaking industry, for example, which had all but disappeared during the Collor administration,” he adds.

With the end of the Cardoso administration, Weffort resumed his academic career and dove into a review of Brazilian political thought in books such as Espada, cobiça e fé: As origens do Brasil (Sword, greed and faith: The origins of Brazil; Civilização Brasileira, 2012). Earlier this year, he released his final book, Crise da democracia representativa e neopopulismo no Brasil (Crisis of representative democracy and neo-populism in Brazil; Konrad Adenauer Foundation), written in collaboration with Moisés. In the book, the two friends—who had known each other for four decades but had never published anything together—analyze the current scenario. “He was worried about our political situation, but never stopped believing in Brazil’s democracy,” Moisés concludes.

Weffort died of heart complications. He had three children—Alice, Isabel, and Alexandre—with social scientist Zillah Branco, and four daughters—Carolina, Helena, Marina, and Cristina—with educator Madalena Freire. Prior to his death, he was married to public servant Helena Severo.