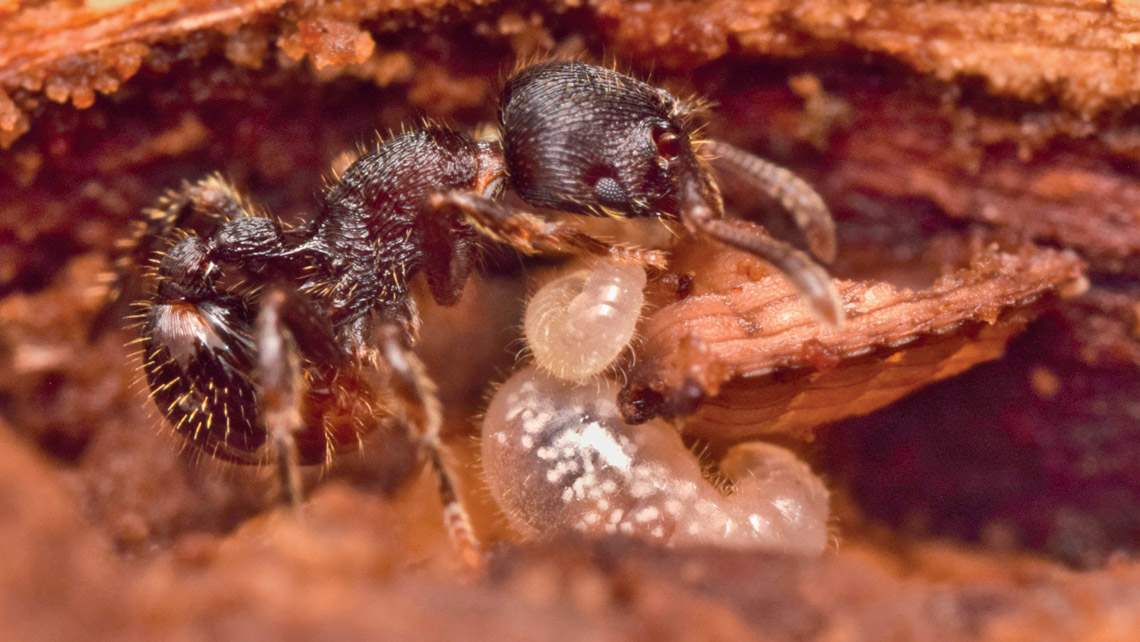 Worker ant of the genus Hylomyrma caring for its young

“I learned so much from ants when I was young, and now, when I want so badly to see them again, I can’t find one,” wrote Clarice Lispector (1920–1977) in a chronicle in the Jornal do Brasil on March 4, 1970. Now, two biologists from the University of São Paulo (USP) have named an ant species in her honor: Hylomyrma lispectorae. In a 136-page study, Mônica Ulysséa and Carlos Brandão performed a taxonomic review of Hylomyrma, a genus of ants found from Mexico to Argentina, and described 14 new species, including H. lispectorae, based on a specimen collected in Ecuador (Zootax, October), bringing the total number to 30. Other women honored were the Afro-Brazilian warrior Dandara dos Palmares (?–1694); politician Marielle Franco (1979–2018); soccer player Miraildes Maciel Mota, whose nickname is Formiga (ant in Portuguese); and Bolivian poet Adela Zamudio (1854–1928).