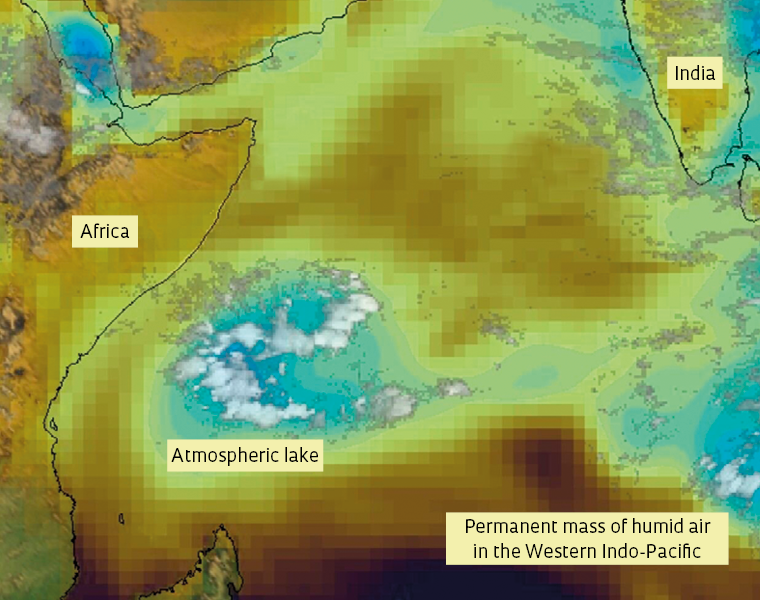 Adriana Manrique Gutierrez / NASA / GSFC / CILA meteorologist has identified a new atmospheric phenomenon over the Indian Ocean: pools of moisture that form over the equatorial region of the Indian Ocean and the Western Pacific and detach from the source of their water vapor. Dubbed “atmospheric lakes,” they usually move slowly westward, carrying water to the dry plains on the eastern coast of Africa. Brian Mapes, a meteorologist from the University of Miami, USA, analyzed five years of satellite data and identified 17 atmospheric lakes. Some lasted more than six days, according to the scientist, who presented his findings at a meeting of the American Geophysical Union (AGU) in December. Mapes calculates that if the water from an atmospheric lake were liquefied, it would form a puddle 1,000 kilometers in diameter, but just a few centimeters deep (phys.org, December 16).