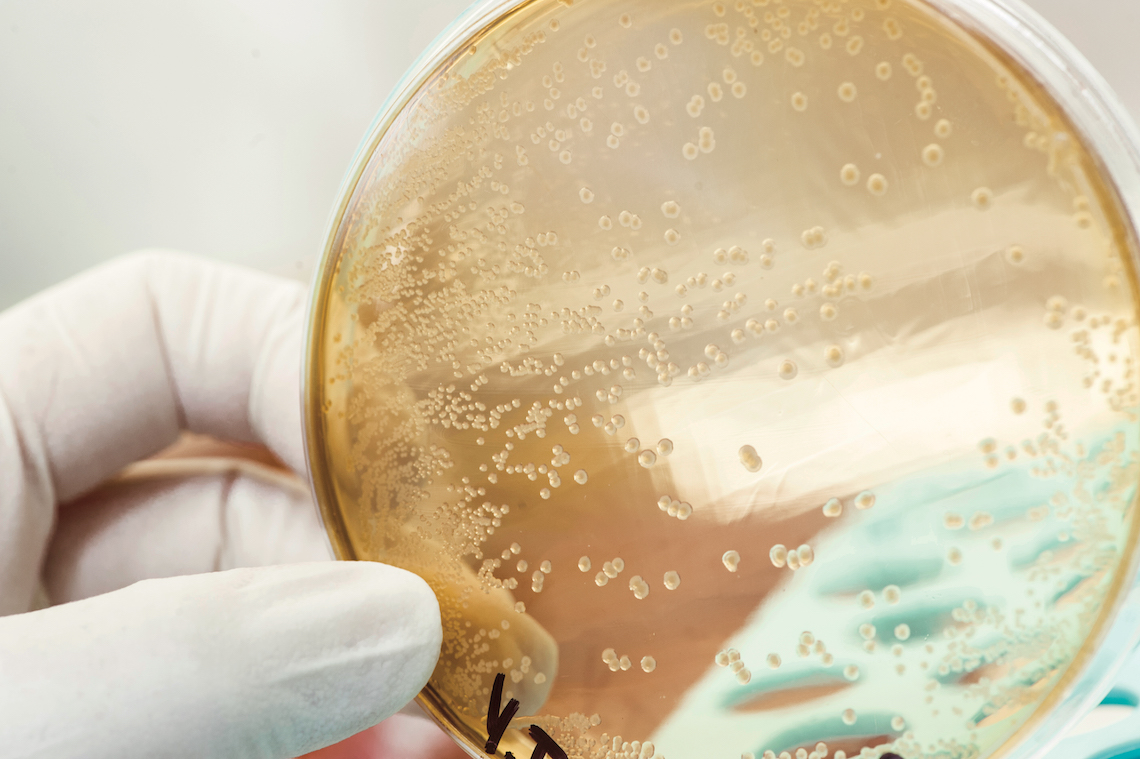 An agar plate with Yersinia pseudotuberculosis, a bacterium that can cause a beneficial infection in humans

Modifying the populations of microorganisms living in the human gut for therapeutic purposes is an exciting new area of ​​research. More than 500 people worldwide have undergone transplantation of gut microbes, or microbiota, to treat recurring and often antibiotic-unresponsive infections with the bacterium Clostridium difficile. Fecal microbiota transplantation (FMT), a procedure provisionally approved by the US Food and Drug Administration (FDA) in 2013, although not as a medical procedure, consists of transferring feces from a healthy donor to a patient, typically via colonoscopy, to replenish the gut microbiota and restore balance. Success rates with this method against C. difficile are as high 90%, although the duration of the benefits remains uncertain. Alongside bacteria, the microbiota populating the human gut include viruses, fungi, and worms.

The ability of bacteria to kill other bacteria and strengthen defenses or regulate metabolism has been previously demonstrated in laboratory studies and is now being evaluated in around 150 ongoing clinical trials in the US; if successful, these studies could point to new treatment strategies for bowel disease, cancer, diabetes, and psychiatric disorders. The new treatment possibilities offered by microbiome-based therapies led to the creation of OpenBiome, a US-based nonprofit stool bank for fecal microbiota transplantation, in 2012. In Brazil, the Federal University of Minas Gerais (UFMG) launched a Stool Transplant Center in September 2017.

Since early 2018, the center has used FMT to treat antibiotic-resistant C. difficile infections in six patients, five of whom responded well to treatment. The method was unsuccessful in a female patient, although after resuming antibiotic treatment her diarrhea did eventually resolve—one of the hypotheses proposed to explain this result was that the transplant may have aided the action of the antibiotics. Since neither donations nor transplants are regulated in Brazil, there is still much to be done. “We’re still not quite sure how best to select donors,” says gastroenterologist Daniel Terra, who manages the center. “We have to be very cautious.” An initial group of 134 volunteers was selected through interviews and screening for agents causing infections, especially C. difficile—only two donors passed the screening criteria.

The São Paulo State University (UNESP) School of Medicine in Botucatu successfully treated one of two patients using FMT. The first, in June 2014, was an 85-year-old male who presented to the hospital with gastrointestinal bleeding. The cause was bleeding in the duodenum, which was promptly controlled, but a urinary infection developed and was followed, five days after, by severe diarrhea. Doctors identified C. difficile and made a diagnosis of pseudomembranous colitis, which was unresponsive to successive antibiotics.

With assistance from biologist Josias Rodrigues, of the UNESP Bioscience Institute in Botucatu, gastroenterologist Fernando Romeiro and his team collected stools from the patient’s daughter eight hours before the transplant, the first to be performed at the university. The material was diluted in saline, filtered and infused into the initial portion of the large intestine through a colonoscopy. “We didn’t know if and when the patient would improve, as he was already very frail,” reported Romeiro. Just one day after the transplant, the 85-year-old man was able to sit upright in bed and eat normally, without cramping or diarrhea. No toxins were identified in stool tests and he was discharged from the hospital three days later.

The other case was a 17-year-old male who presented to the hospital with bloody diarrhea and abdominal pain. The diagnosis revealed an inflammatory bowel disease called ulcerative colitis. As the patient was unresponsive to drugs, he underwent an FMT with stools donated by his father. After 30 days, the symptoms reappeared. Eight months later another transplant was performed, and was again unsuccessful. The patient then joined a clinical trial evaluating a new drug, and his disease partially cleared.

“We now know that fecal microbiota transplants need to be repeated a few times a week for the bacteria to colonize the gut,” explains gastroenterologist Ligia Sassaki of UNESP, who coordinated the study. A paper reporting on the study was published in February in the Journal of International Medical Research. Sassaki believes that rather than a single donor, a combination of selected donors’ stools may be ideal. The physicians plan to treat their patients in the near future with plant fibers that have shown anti-inflammatory activity in experiments with animal models conducted by biologist Luiz Stasi, a co-researcher at the UNESP campus in Botucatu. 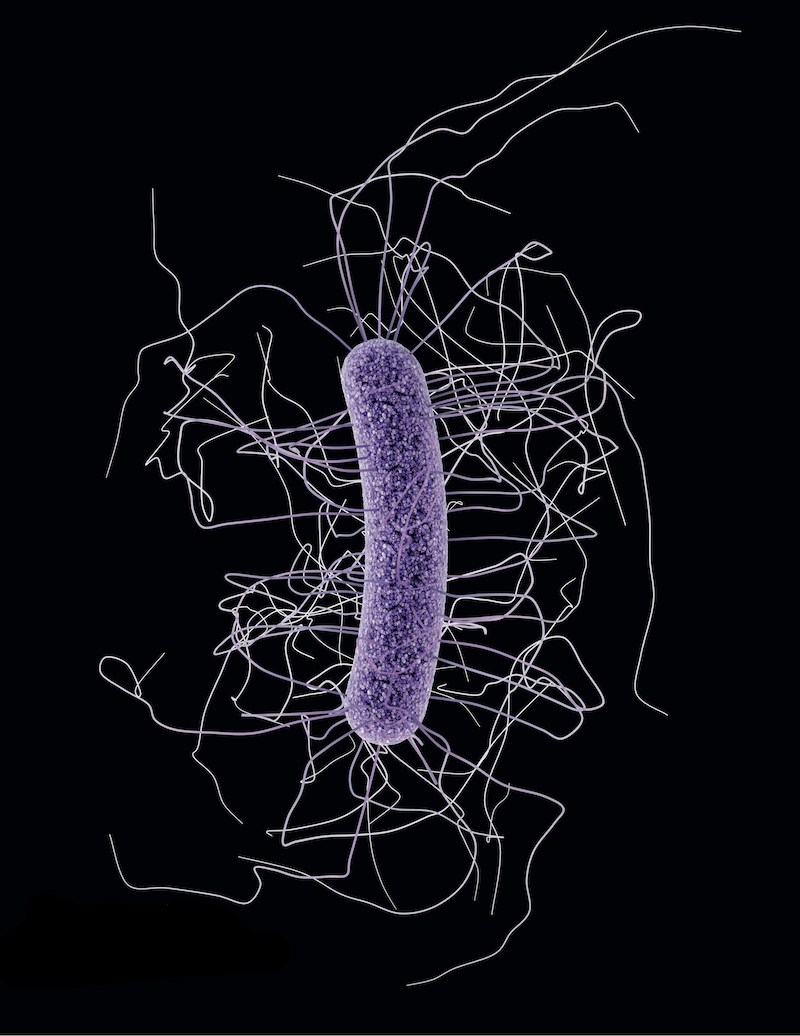 Probiotics
Another line of research is exploring the effects of foods and beverages containing live microorganisms, or probiotics, such as yogurts. This approach is not a novel one: in the 1906 book The Prolongation of Life: Optimistic Studies, Ukrainian immunologist Élie Metchnikoff (1845–1916) argued that fermented milk prepared with Bacillus bulgaricus—e.g. yogurt—can help people live longer. Probiotics are easy to produce and use, but questions remain as to how to standardize production and as to their effect on the body. “We don’t know if bacteria consumed as probiotics can effectively colonize the gut and whether they have the same effects on all individuals,” says Caroline Ferreira, a researcher at the Federal University of São Paulo (UNIFESP) campus in Diadema. She found that bacterial activity varies depending on the genetics of the host. For example, dietary supplementation with Bifidobacterium adolescentis partially reduced respiratory allergies in Balb/c mice, but had virtually no effect on mice of another strain, C57BL/6, as reported in an article published in April 2018 in Beneficial Microbes.

The benefits of bacterial supplementation remain unclear, and research findings are often contradictory. In 2015, a group from the Federal University of Rio Grande do Sul published a study in Nutrition and Cancer showing that 23 people who had undergone surgery for abdominal cancer and had received a suite of four bacteria—Bifidobacterium bifidum, Lactobacillus acidophilus, L. rhamnosus, and L. casei—for 14 days had a three times lower incidence of postoperative infection and a 50% shorter hospital stay than the control group, also comprised of 23 participants.

But the relationship between microbiota and cancer is equally uncertain. “Taking probiotics may not be a good strategy for patients undergoing immunotherapy,” says biologist Diana Nunes, a researcher at the A.C.Camargo Cancer Center. In early April, she attended a lecture by physician Jennifer Wargo, a researcher at MD Anderson Cancer Center at the University of Texas, during a conference on cancer in Atlanta. Wargo presented early results from a study of 46 people with cancer, indicating that uncontrolled intake of probiotics reduces the response to immunotherapy by 70%.

The gastrointestinal tract—a channel extending from the mouth to the anus—is populated by about 100 trillion bacteria, a number 10 times larger than that of human cells. Among this vast population of microbes, one of the current stars is Bifidobacterium longum, a harmless bacterial species found in the gut and vagina. In a study published in February in Nutrition, researchers at the Food and Nutrition Research Center in Rome showed that these bacteria successfully increased populations of lymphocytes—a type of immune cell that is reduced with advancing age—in a group of 45 people over 75 years of age compared with a control group of 34 subjects. 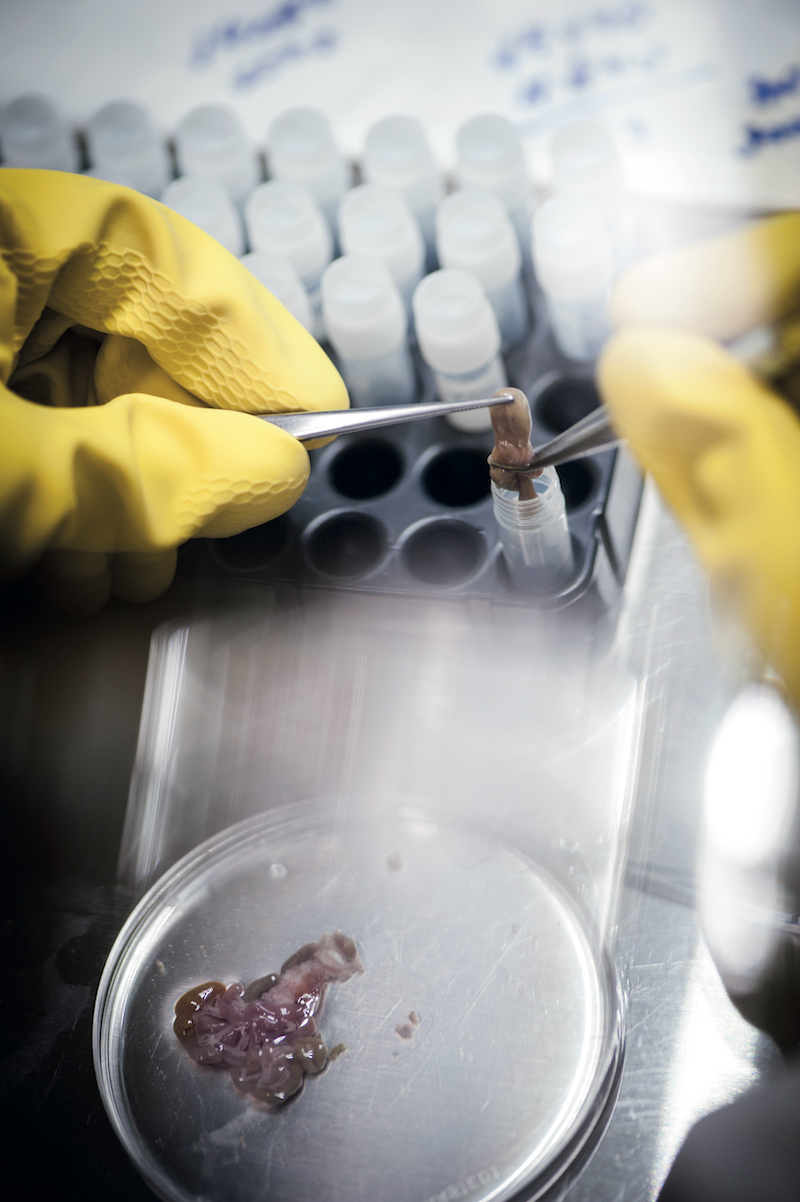 Varying effects
Again, these results should be viewed with caution. “The effects vary depending on the species and strains of Bifidobacterium,” notes biologist Angélica Vieira of UFMG. In her laboratory, she used a B. longum strain isolated from healthy children to test it for treating gout, arthritis, pneumonia, and other respiratory infections in animal models. Two other probiotics, Lactobacillus casei and Propionibacterium freudenreichii, were shown to reduce mucositis, an inflammation of the mucous membranes lining the mouth, throat, and intestines that is common in people undergoing chemotherapy for cancer, as described in a September 2018 article in Frontiers in Microbiology. Diets rich in pectin, a type of vegetable fiber, or acetate, a short-chain fatty acid (fat) produced in abundance by this species of bacteria, also showed positive results in animal models. Conversely, a low-fiber diet aggravated disease.

“Some types of infections, when not fatal, can be beneficial,” says biomedical scientist Denise Fonseca of the University of São Paulo (USP). In a study published in Cell in 2015 during a postdoctoral internship at National Institutes of Health (NIH) in the US, she found that the bacterium Yersinia pseudotuberculosis caused damage to the intestinal lymphatic vessels responsible for transporting fat particles called chylomicrons, interfering with their absorption. It also caused chronic inflammation of adipose tissue in mice. This effect, however, was not deleterious. The animals gained weight and showed increased adipose tissue sensitivity to insulin, as well as increased glucose absorption and thus a greater ability to utilize carbohydrates.

Other species of gut bacteria investigated in collaboration with NIH immunologist Yasmine Belkaid and biologist Vinicius de Andrade Oliveira, of ABC Federal University, showed an even greater capacity than Yersinia pseudotuberculosis to enhance sugar metabolism in animals fed carbohydrate diets, inducing weight gain. “This strategy could be useful in treating malnutrition, which is often caused by impaired absorption of food,” says Fonseca.

“We need to revisit what we know in light of recent findings about microbiota,” concludes biologist Dario Simões Zamboni, a professor at the USP School of Medicine in Ribeirão Preto. “We are not an isolated organism, but a community of organisms,” he says.