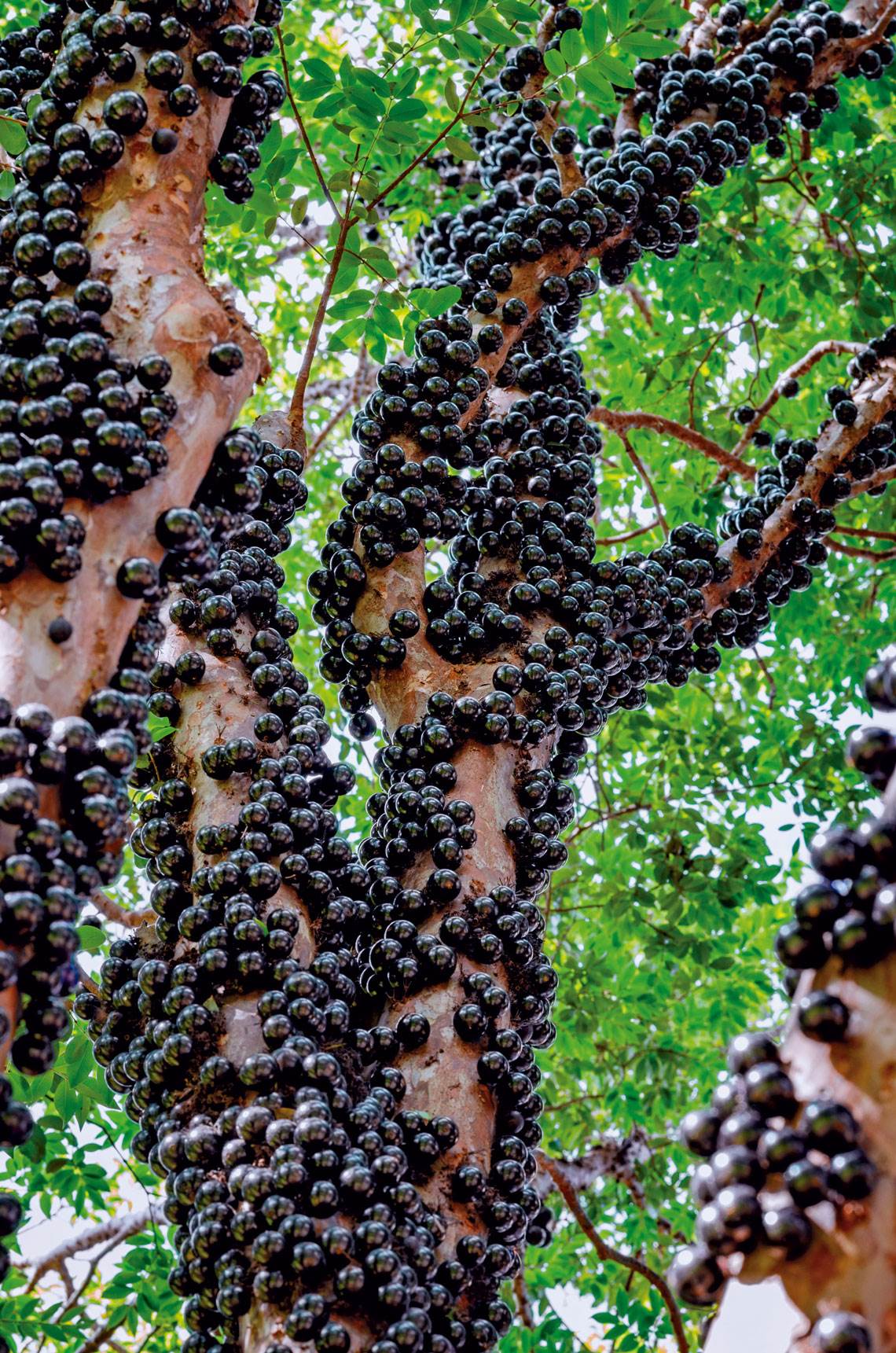 South America has more known tree species than any other continent, with about 40% of the global total. Much of its richness in tree biodiversity is concentrated in tropical areas. In warmer regions, there is more water available and there is less contrast between the seasons—these conditions are more favorable to the emergence of new forms of plant life than temperate or cold environments. A study published in the scientific journal PNAS in March suggests that South American rainforests, such as the Amazon and the Atlantic Forest, have nearly four times as many tree species as similar forests in Africa. This trend is also seen—to a lesser extent—in plant formations where water availability is more limited: biomes in South America, such as the Cerrado (wooded savanna), are home to twice as many tree species as African savannas.

The researchers do not know why South America has more tree species than Africa despite only being 59% of the size. Possible explanations include the extremely arid conditions and reduction of forest area in Africa, in addition to greater fragmentation of the continent’s vegetation cover due to glaciation cycles throughout its geological history. In South America, the greater water availability and more varied range of natural environments may have promoted the emergence of more species.

According to the PNAS article, about 50% of the greater tropical tree species diversity in South America is accounted for by the exceptional development of just eight or nine large tree families. Of this group, four megadiverse families in particular stand out: Fabaceae, commonly known as the legume family, such as beans, lentils, and peas and even Brazilwood; Lauraceae, which includes avocado, cinnamon, and bay laurel; Myrtaceae, which includes many fruit species, such as the rose apple, Brazilian cherry, guava, and jabuticaba; and Melastomataceae, which includes species with a prominent role in areas under environmental restoration.

This small number of botanical groups covers many forms of plant life on both continents, but in South America the variety of tropical plants is much greater, at 2,837 species compared to 657 in Africa. “Most of the species in these four families are from hot and humid biomes, such as the Amazon and the Atlantic Forest, but some are also found in drier areas,” says the study’s lead author, Brazilian biologist Pedro Luiz Silva de Miranda, who is currently on a postdoctoral fellowship at the University of Liège in Belgium. The article was coauthored by his colleagues from other universities in Europe and Brazil. 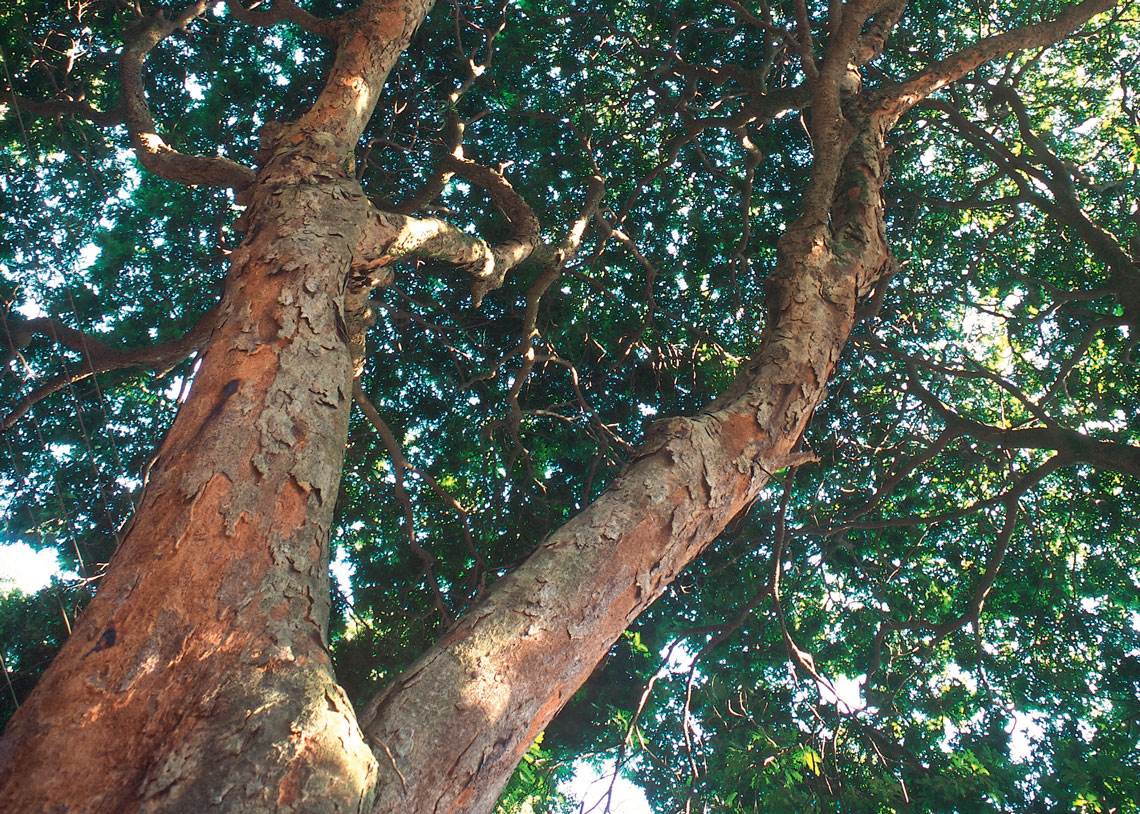 To reach their conclusion, the researchers consulted several international databases of tropical tree species found in South America and Africa. They analyzed the species found in 1,444 forested areas (722 on each continent) in both wet and dry—but always warm—biomes. On the South American side of the Atlantic, they counted 152 families and 8,842 species. On the other side, they found 131 families and 3,048 species. There were 99 families present on both continents, covering 95% of the species identified in South America and 97% of those in Africa. Families found on just one of the continents account for only 5% of South American tree species and 3% of African species.

The flora of each continent is generally organized around the same groups of tree species. In both South America and Africa, a small number of botanical families comprise most of the local tree species. In South America, however, the role of four megadiverse families is even more dominant. “This intriguing result sends an important message to biodiversity researchers: dissecting the evolutionary processes of these key families could be an effective way to unravel the mechanisms behind the formation and maintenance of plant diversity patterns in savannas and tropical forests,” says Danilo Neves, an ecologist from UFMG who did not participate in the study.

Many botanists think the two continents have similar floras because they were part of a single contiguous continental mass in the west of the ancient supercontinent Gondwana between 550 million and 130 million years ago. This long period of shared geological history is likely to have led to a homogenization of plant species before the South Atlantic separated Africa from South America.

But the new study’s analysis of tree species data suggests that the reality may have been different. “We found that most of the botanical families shared by the two continents emerged when they were already separated and isolated, after the great extinction event that occurred at the end of the Cretaceous period, 65 million years ago,” explains Miranda. The observed similarities are therefore probably linked to transoceanic dispersal between the two continents via land bridges that crossed the Atlantic.”