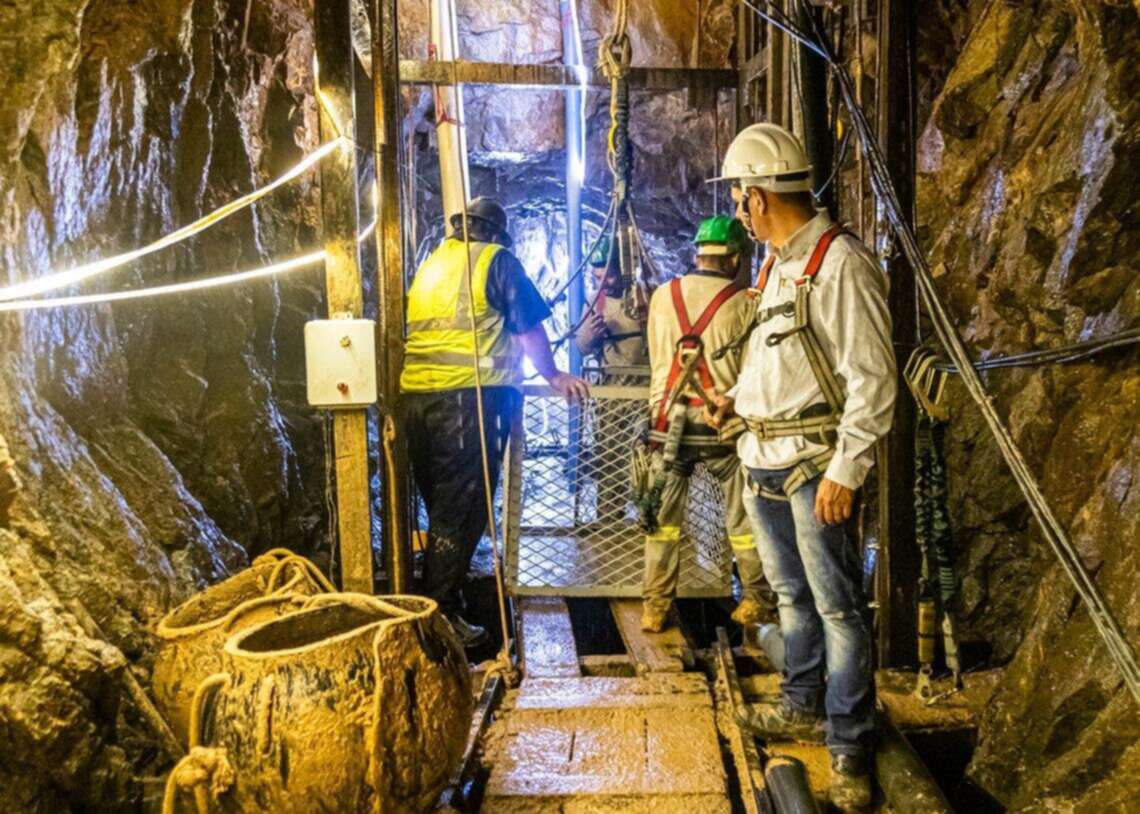 Zé Vermelho Mine, in Mato Grosso

The Zé Vermelho gold mine in Paranaíta, Mato Grosso, plans to install a bio-oxidation system by April 2021, which will use microorganisms in the process of treating ore mined from the deposit. An estimated R$3 million is to be invested in reactors with the capacity to process 60 tons of mineral ore per day. “Biotreatment will allow us to economize in the use of chemicals, and result in mitigating environmental risk,” predicts André Vienna, manager of Tório Mineração, which owns the unit. The mine produces 120 kilograms (kg) of gold per year and has a measured reserve of around 8.2 tons (290,000 ounces).

Separating gold from mineral ore mined from a deposit is done by sieving and grinding, using centrifuges or vibrating tables. Often, however, the gold is bound with sulfur, sulfides, and other impurities. This is what’s known as refractory gold ore. Extracting this gold requires a leaching process, i.e., the dissolution of the impurities in a chemical solution.

Bio-oxidation is a step conducted prior to leaching. “Bacteria contained in reactors—large steel tanks—feed on the sulfur contained in the ore. Their metabolic process produces sulfuric acid. Impurities are separated and dissolved in the corrosive solution,” explains Rafael Vicente de Pádua Ferreira, cofounder of Itatijuca Biotech. The startup is currently in residence at the Technology-Based Business Incubator of the Institute for Energy and Nuclear Research (IPEN) and the University of São Paulo (USP), which is managed by the Center for Innovation, Entrepreneurship and Technology (CIETEC). Itajuca Biotech is responsible for the system, which was developed with Brazilian technology.

“Tório will be the first mining company to adopt a biotreatment system made in Brazil,” points out chemist Denise Bevilaqua, coordinator of the Applied Bioprocesses for Mining and the Environment research group at the Institute of Chemistry at São Paulo State University (IQ-UNESP), in Araraquara, São Paulo. Bevilaqua says that although biotreatment processes are well-established in mining worldwide, a specific biotechnological solution must be determined for each ore deposit. Another challenge lies in choosing the strain of microorganisms. “Each operation requires the establishment of its own biotechnological process,” she stresses.

After biotreatment, says Vienna, leaching requires less chemical material. Pilot-scale tests conducted by Itatijuca indicate a potential 70% reduction in the use of acid and cyanide and a 50% decrease in leaching time. The total cost of leaching is expected to be reduced by 35%.

The reduced use of chemicals in the process and the elimination of sulfur consumed by bacteria results in a reduction of waste. “The environmental risk of leaching is easier to control,” explains Ferreira. “When systems like this are installed prior to initiating mining activity, environmental licensing goes faster, in theory.” Another advantage of pre-treatment with bio-oxidation is more productive use of the ore. “In pilot-scale tests, we’ve tripled the efficiency of recovering gold from refractory ore,” he adds.

Biohydrometallurgy, the set of techniques that uses microorganisms to remove the impurities involved in ores, appeared in the 1960s. It was first applied at a gold mine in South Africa in 1986. Today, biotreatment is common in several countries for extracting copper, gold, iron, uranium, and other metals.

Brazilian researchers were among the pioneers in the field. In the 1980s, a team coordinated by biologist Oswaldo Garcia Júnior implemented a uranium biotreatment pilot plant for the state-owned Empresas Nucleares Brasileiras (NUCLEBRÁS) that was globally unprecedented. The process was highly successful but ended up being retired when the company closed in 1989. In 1986, Garcia created a biohydrometallurgy center at IQ-UNESP, where Itatijuca cofounder Maurício César Palmieri later graduated.

Beyond experimental initiatives, such as one implemented by Vale for the biotreatment of copper at Mina do Sossego, in the state of Pará (see Pesquisa FAPESP issue no. 200), the only industrial-scale application of biohydrometallurgy in Brazil was carried out by São Bento Mineração. The gold mining operation took place in Santa Bárbara, Minas Gerais, with technology provided by its parent company, Anglo-Australian corporation BHP Billiton. The mining company, however, closed its doors, interrupting the project.

Bevilaqua believes the Tório firm’s experience may represent Brazilian mining’s awakening to biohydrometallurgy. “Mining is a traditionalist activity. Nobody wants to be the first to incorporate an innovation, but when someone adopts one and is successful, everyone wants to jump on board,” she observes.

Brazilian mining engineer Carlos Hoffmann Sampaio, a professor at the Department of Mineral and Industrial Engineering at Polytechnic University of Catalonia (Spain), explains that the greatest difficulty in biohydrometallurgy is the low speed at which bacteria act. “That’s why it’s usually used for small mines.” He adds that the method has significant potential for expansion, especially for mining highly valued ores such as gold.

In a hypothetical deposit, Sampaio explains, for every thousand kilos of ore, about five grams of “released” gold are extracted—that isn’t bound with sulfides—and can be obtained using traditional leaching with cyanide alone. In the same raw material, there are also another 15 grams of refractory gold ore, i.e., gold that is bound with sulfides. In this case, the use of biotreatment before cyanide leaching results in a total of 20 grams of gold for every thousand kilograms of ore. “Now that’s a gain that can’t be ignored,” the scientist says.