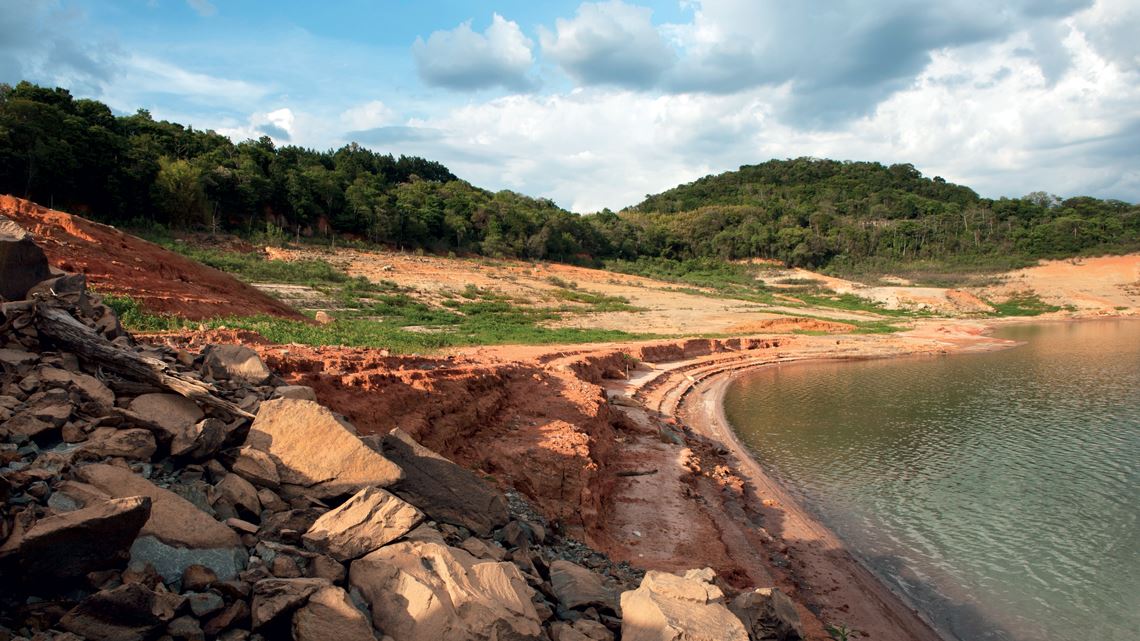 Low water levels in the Jacareí reservoir in the state of São Paulo during a major drought in 2014 and 2015: extreme weather events are the target of studies that attempt to identify whether they may have been amplified by human influence on the climate

Since 2012, the scientific journal Bulletin of the American Meteorological Society (BAMS) has dedicated a yearly special issue to studies attempting to identify whether recent extreme events, such as severe droughts, torrential rainfall, or temperature records, may have been influenced even partially by human activity, or whether they were simply a result of natural climate variations. These studies submit a specific phenomenon with a clearly defined time and location to tests designed to detect whether they were exacerbated by human activities that emit greenhouse gases and contribute to global warming.

CarbonBrief, a British website that covers climate science and policy, periodically compiles and analyzes the results of this type of research, which includes more than 350 scientific articles, the majority published in BAMS. According to its most recent survey in February 2021, four of every five studies carried out in the last 10 years have identified some level of anthropogenic influence on the frequency or intensity of extreme climate events. In total, 405 phenomena were studied in scientific articles, including heat waves in Sweden, hurricanes in the Caribbean, floods in Bangladesh, and droughts and fires in California (USA) and Australia.

In 70% of the cases, human-driven climate change made a specific extreme event more frequent or intense. In 9% of the occurrences, human activity had the opposite effect: it reduced the frequency or severity of the phenomenon. The results were inconclusive or inconsistent for 11% of the extreme events and no evidence of human influence was identified for 10% of them. The rate at which associations were found between human activities and climate events was greater for temperature increases than for droughts, heavy rainfall, and floods.

Of 132 studies on excessive temperature increases, 92% identified some level of human influence. For episodes of heavy rain or flooding, anthropogenic factors were identified in 69% of 82 studies. “Every extreme event has a natural component, but some of them also have characteristics promoted by climate change caused by humans,” says climatologist José Marengo, head of research and development at the Brazilian Center for Natural Disaster Monitoring (CEMADEN). “The IPCC report itself highlighted this point.”

An extreme weather event can be likened to an elite athlete who stands out from the crowd because their natural abilities put them so far above their competitors. Some can become international stars and win Olympic medals with nothing but training and dedication. Others earn national recognition but are unable to become world champions with hard work and natural abilities alone—to become international stars they have to resort to banned substances that artificially boost their performance. The extreme climate event influenced by human activities is the steroid-driven elite sportsperson.

With the exception of studies conducted in Australia, most extreme weather attribution studies are carried out in the Northern Hemisphere. Two of the most important climatologists in this field are Friederike Otto from Germany, associate director of the Environmental Change Institute at the University of Oxford, UK, and Geert Jan van Oldenborgh of the Royal Netherlands Meteorological Institute (KNMI). Together they run World Weather Attribution, an international initiative that has been developing computational methods to carry out climate attribution studies and research in the field since 2014.

A small number of Brazilian researchers have published climate attribution studies. “These papers describe computational climate models used to compare the probability of a specific extreme event occurring in two different scenarios: under current conditions, with increased concentrations of greenhouse gases in the atmosphere, and in preindustrial conditions, when there was almost no human influence on the climate,” explains meteorologist Caio Coelho, from the Brazilian National Institute for Space Research (INPE). “If the simulations show any notable difference in the probability that the phenomenon would occur between the two scenarios, this is a sign that the event was influenced by human factors.”

In partnership with colleagues from the UK, the Netherlands, and Brazil, Coelho has been involved in two articles that took this approach. In 2016, a study published in BAMS on the drought and associated water crisis in Southeast Brazil between 2014 and 2015 found no evidence that the weather event was driven by humans. In 2018, he participated in a study that identified no human influence on the prolonged drought in the Northeast between 2012 and 2016.

Rafael de Abreu, a meteorologist who is doing his doctorate at the Institute of Astronomy, Geophysics, and Atmospheric Sciences (IAG) at the University of São Paulo (USP), has co-authored two papers of this type, both with colleagues from abroad and other institutions in Brazil. In December 2018, he contributed to an article published in BAMS on heavy rainfall—550 mm in total—in the Uruguay River basin between April and May 2017. The researchers concluded that human-driven climate change has made this type of event occur at least twice as frequently.

Abreu was also coauthor of a paper on the 320.9 mm record rainfall that fell over Belo Horizonte in just three days in January 2020, published in the journal Climate Resilience and Sustainability on August 14 this year in collaboration with scientists from USP, INPE, CEMADEN, and the University of Oxford. According to the authors, anthropogenic climate change increased the frequency of this type of extreme event by 70%. “For climate attribution studies to achieve a high level of reliability, large computational capacities and climate models are needed to carry out up to a thousand simulations of an event,” says Abreu. “That’s why we so often work in partnership with foreign institutions.”