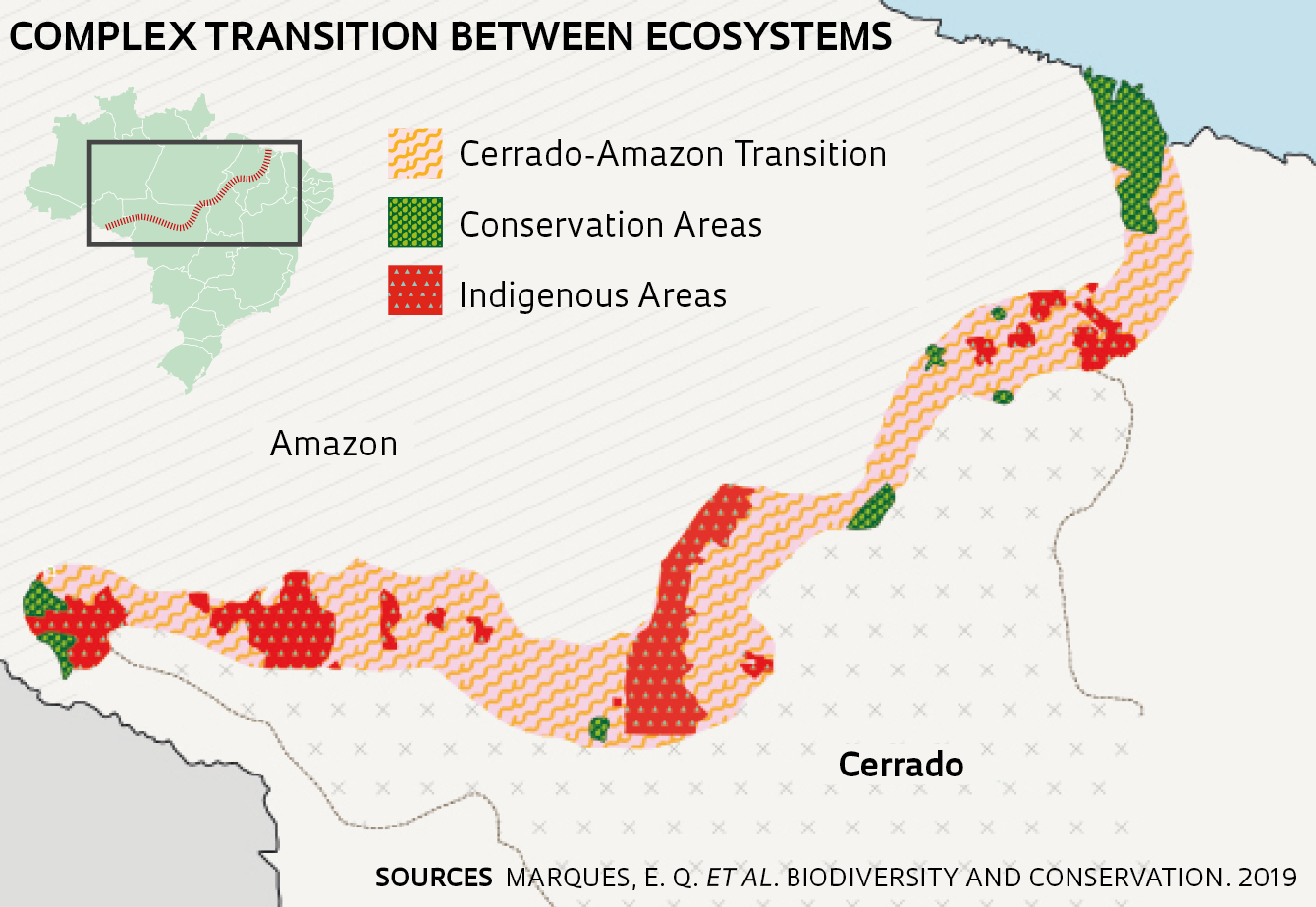 In the Brazilian states of Mato Grosso, Pará, Tocantins, and Goiás, some areas classified as Cerrado (wooded savanna) are, in fact, part of the Amazon. In others, the reverse is true. There are also large areas that are a combination of both biomes, according to a recent map that proposes a revision of the boundaries between them (Biodiversity and Conservation, February 25). Researchers from the universities of Mato Grosso, Acre, and Brasília examined satellite images of a 613,000-square-kilometer (km2) area in the four states and recognized that the diverse vegetation in the region makes it difficult to differentiate between the Cerrado and the Amazon. They also found that the boundary between them is more meandering and complex than shown in the official map, which was drawn up between 1970 and 1985. The researchers identified 151 areas of Cerrado larger than 5 km2 in regions classified as the Amazon, and 152,182 km2 of transition areas, mainly in the Cerrado. Some transition areas, which are home to both forms of vegetation, reach as far as 250 kilometers from the current boundary line separating the two environments. According to the authors, simplification of the division between these biomes has facilitated deforestation in these transition areas. By law, landowners have to protect 35% of the vegetation in the Cerrado and 80% in the Amazon. “We are sending a request to the Environment Ministry, the Chico Mendes Institute for Biodiversity Conservation, and the Brazilian Institute of Geography and Statistics to discuss a redefinition of the boundary and to propose a special Amazon/Cerrado transition area protection zone,” says forestry engineer and coordinator of the study Ben Hur Marimon Junior, from the State University of Mato Grosso.