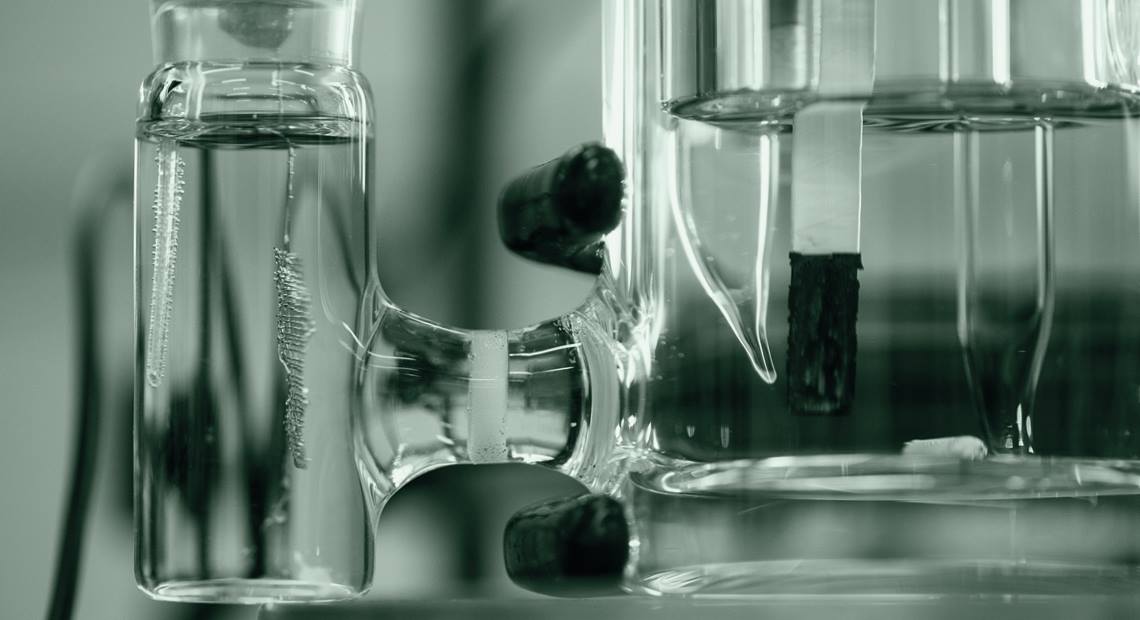 Brazil is attempting to make its mark in the global GH2 (G for green and H2 for hydrogen) sector—GH2 is a clean fuel that could potentially meet the demands of the electrical and automotive markets with a low environmental impact. EDP Brasil, one of the country’s biggest energy suppliers, plans to begin operations at a pilot GH2 plant in São Gonçalo do Amarante, Ceará, by the end of this year. Hydrogen will be obtained by water electrolysis, a chemical process that uses an electric current to decompose water molecules (H2O) into their constituent elements of hydrogen (H, forming H2) and oxygen (O, forming O2), When renewable energy sources, such as wind, solar, or biomass, are used to conduct the electrolysis process, the resulting hydrogen is classified as green. EDP’s plant will use photovoltaic energy and will be capable of producing 22.5 kilograms (kg) of hydrogen per hour. The anticipated investment is R$41.9 million.

Often touted as the fuel of the future, hydrogen has a high calorific value, almost three times higher than diesel, gasoline, and natural gas. When transformed into energy—to power a combustion engine or any other application—it does not emit any greenhouse gases (GHGs). Waste hydrogen released into the atmosphere makes contact with oxygen, resulting in water vapor.

Hydrogen is the most abundant element in the Universe, but it is rarely found in isolation on Earth. It is present, however, in numerous compounds, including water, fossil fuels, and various types of biomass. Different processes are used to obtain the gas from these compounds. The most common is steam reforming, a chemical reaction of hydrocarbons, usually natural gas, with water. Hydrogen produced this way is called gray hydrogen, since the production process releases CO2 into the atmosphere, or blue hydrogen if the resulting CO2 is captured and geologically stored.

The green hydrogen produced at the Ceará pilot plant will be used to substitute some of the coal that currently supplies the Pecém Thermoelectric Power Plant. “This research and development [R&D] project will give us a greater understanding of the energy gains provided by hydrogen, which has more than four times as much energy as coal,” says Cayo Moraes, operations manager at EDP.

The GH2 pilot plant will also allow the company to observe the technical, regulatory, and economic feasibility of producing the fuel. It is hoped that the plant will support the decision to later create one that operates on an industrial scale. If the plan comes to fruition, hydrogen could be used for vehicle fuel, exporting to European energy companies, or supplying industrial companies.

The project is seen by experts in the energy sector as the first of a series of initiatives aimed at producing green hydrogen in Brazil. The state government of Ceará alone has already signed 14 agreements with private groups interested in producing the fuel in the state. “Maybe not all of them will make it. But if half of the agreements are fulfilled, we will have the energy equivalent of the Itaipu Dam operating in Ceará between 2025 and 2030,” says Roseane Medeiros, executive secretary of industry at the Ceará State Department for Economic Development and Labor (SEDET). The Itaipu hydroelectric plant, the largest in the country, has a capacity of 14 gigawatts (GW).

Rio Grande do Norte, Piauí, Pernambuco, Bahia, Minas Gerais, Rio de Janeiro, and Rio Grande do Sul have also reportedly signed agreements with energy producers. The race to attract green hydrogen production projects is a global one. Chile, Japan, Germany, the Netherlands, the USA, South Korea, Australia, and China are just some of the countries that have announced programs designed to stimulate the technological development and production of GH2.

Tiny share
There are plans for 520 hydrogen plants worldwide, according to the Hydrogen Council, an association that represents the world’s largest hydrogen producers. If all go ahead, they will require investment of US$160 billion altogether. The association estimates that production of the fuel will exceed 600 million tons per year (mt/year) by 2050, which will cover 22% of the world’s energy demand, allowing a 20% reduction in global greenhouse gas emissions. The projections made by the International Renewable Energy Agency (IRENA) are more modest. It forecasts that the sector will produce 409 mt/year in 2050, which according to its calculations, will account for 12% of global energy demand.

Currently, hydrogen’s contribution to the world’s energy mix is negligible. Almost all of the hydrogen produced—just over 100 million tons per year—is used for chemical purposes in industrial processes, such as oil refining, fertilizer production, steel mills, and the chemical industry.

Specialists predict that the most popular means of producing GH2 over the coming years will be water electrolysis—the same method proposed for the pilot plant in Ceará. It will primarily be adopted by plants equipped with electrolyzers (the equipment used in the electrolysis process) supplied by renewable energy sources, ensuring that the entire process is GHG-free (see infographic below).

One of the main barriers to greater global green hydrogen supply is the need for technological maturity in the hydrogen production chain, according to the report “Geopolitics of the energy transformation: The hydrogen factor,” released by IRENA in January. Another is the high cost of production and logistics.

According to the International Energy Agency (IEA), one kilogram of gray hydrogen costs just over US$1, which makes it competitive with natural gas. Blue hydrogen costs an average of US$2.3 per kilogram. A kilogram of green hydrogen, meanwhile, costs between US$3 and US$8, depending on the energy source used and where in the world it is produced. IRENA predicts that the growing availability of renewable energy and increased production scale will make green hydrogen competitive with blue hydrogen by 2030, with production costs approaching those of gray hydrogen over the following decade.

According to Brazil’s 10-year Energy Expansion Plan, formulated by the Energy Research Company (EPE), an institution linked to the Brazilian Ministry for Mining and Energy, the country is in a position to produce green hydrogen at a lower cost than the international average. The cost of GH2 in Brazil—estimated because none is actually produced in the country yet—is between US$2.2 and US$5.2 per kilogram.

“Hydrogen will grow in popularity out of necessity. We are experiencing an environmental emergency and the world has already realized that relying solely on fossil fuels to generate electricity and fuel vehicles is no longer possible,” says Paulo Emílio Valadão de Miranda, director of the Hydrogen Laboratory at the Alberto Luiz Coimbra Institute for Graduate Studies and Research in Engineering (COPPE) at the Federal University of Rio de Janeiro (UFRJ) and president of the Brazilian Hydrogen Association (ABH2).

Electrolyzers
One way of reducing the cost of hydrogen production is to increase the efficiency of electrolyzers. At the Functional Materials Development Center (CDMF) at the Federal University of São Carlos (UFSCar), one of the Research, Innovation, and Dissemination Centers (RIDCs) funded by FAPESP, researchers study materials capable of reducing energy consumption in the chemical decomposition process of the water molecule. As explained by the project’s research director Lúcia Helena Mascaro Sales, some of the best catalysts—substances that increase the speed of chemical reactions in electrolysis—are noble metals, especially platinum. Nickel, cobalt, or molybdenum can also be used highly effectively in association with iron alloys or as sulfides.

The UFSCar team is studying the use of materials such as titanium oxide modified with molybdenum sulfide, as well as different alloys composed of nickel, copper, molybdenum, and iron. “On a laboratory scale, we have demonstrated that it is possible to significantly reduce energy consumption in the water electrolysis process,” says Mascaro. British-Dutch oil company Shell, which together with FAPESP funded a research project on dense energy carriers in which Mascaro is also involved, is interested in testing the catalysts at pilot plants in Amsterdam in the Netherlands and Houston in the USA. 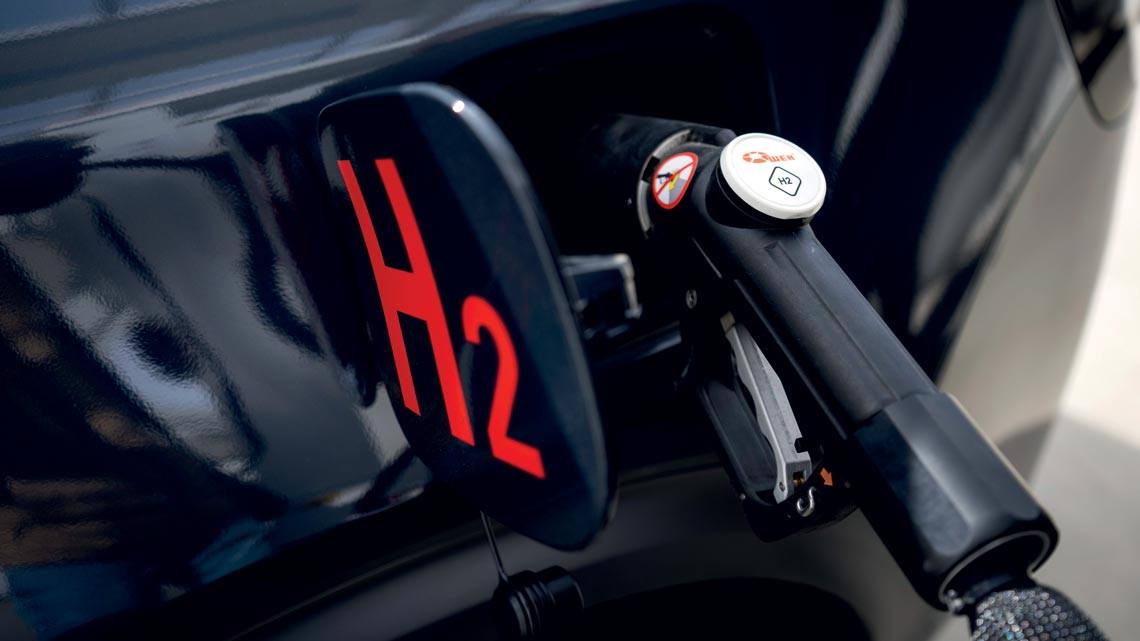 At the Federal University of Ceará (UFC), Professor Adriana Nunes Correia from the Department of Analytical and Physical Chemistry is also investigating metals capable of increasing electrolyzer efficiency and reducing costs. Her research, still in its initial phase, will use microbial electrolysis cells, with microorganisms as biocatalysts, to produce hydrogen from domestic sewage or industrial effluents. The idea is to transform the chemical energy of the sewage into an electric current, which can be used to obtain the gas. “The process would make it possible to produce hydrogen while at the same time treat organic waste,” says Correia.

Research on green hydrogen is also being carried out at the Federal University of Paraná (UFPR). Helton José Alves, head of the Renewable Energies and Materials Laboratory, is studying new technological methods for producing the fuel. One uses acidogenic bacteria to degrade residual biomass from industrial effluents.

His work has already resulted in two articles published in the International Journal of Hydrogen Energy on the production of hydrogen from brewery wastewater. “The major advantages are that it reduces costs and saves water,” says Alves. The process could be useful for the industry that generates the effluent to produce its own hydrogen as an energy supply.

Another way of producing hydrogen is a method known as biogas dry reforming. Alves explains that the approach uses the methane and carbon dioxide present in biogas to generate synthesis gas, a mixture of hydrogen and carbon monoxide. The process takes place in reactors with nickel-based metallic catalysts, at a temperature of between 700 and 800 degrees Celsius. The synthesis gas is then purified to obtain hydrogen. “Together with our partners, we intend to build a pilot plant capable of producing 1 kg of hydrogen per hour in 2022,” says Alves. Unlike conventional natural gas steam reforming systems, dry reforming does not require water.

The study of hydrogen production methods that do not require pure water is of great interest to professionals in the sector, who are closely monitoring research in the area. According to IRENA, the production of 409 million tons of green hydrogen per year to supply 12% of the world’s energy demand in 2050 will consume somewhere between 7 billion and 9 billion cubic meters of water per year. The total is less than 0.25% of current freshwater consumption. It may not seem like much, but it is a significant volume in a world where water is becoming more and more scarce.