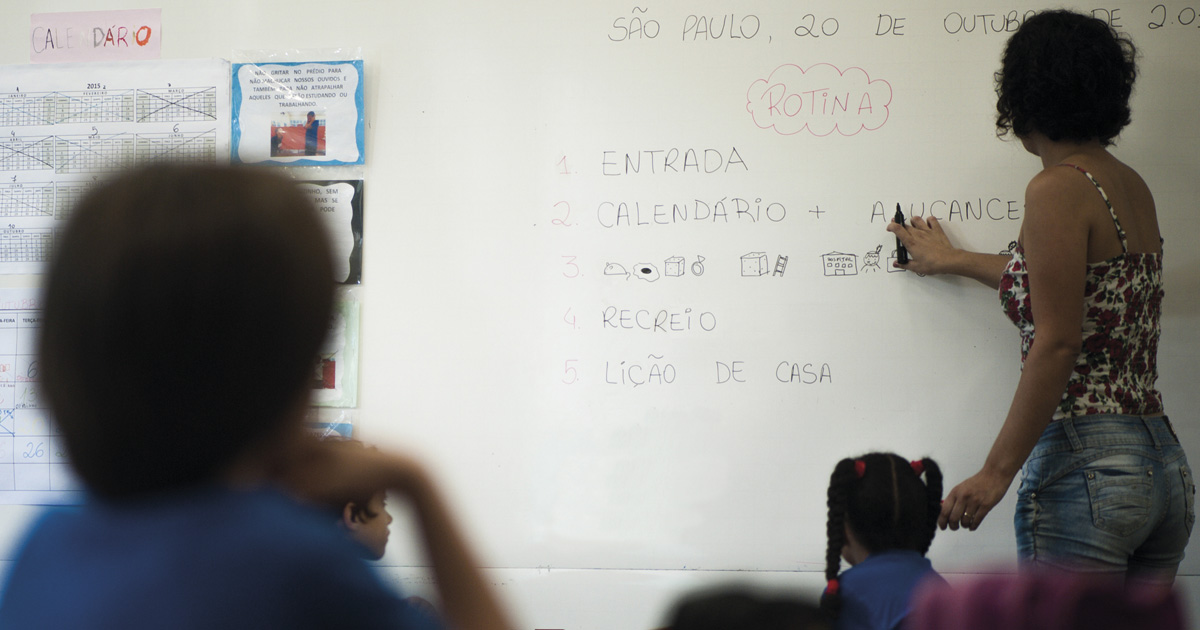 Teachers working at public elementary schools and high schools in Brazil earn less than half the average salary of teachers in other countries, according to the 2017 report Education at a glance by the Organization for Economic Co-operation and Development (OECD). The study analyzed teachers’ salaries in OECD member countries and a number of partner economies, including Brazil. The average salary for elementary and high school teachers across the entire survey was US$29,000 per year, while in Brazil teachers received an average of US$13,000 (2012 values, adjusted by purchasing power parity). The country with the highest pay in this category was Luxembourg (US$66,000 per year), while in Chile and Mexico, the average was US$17,700 and US$15,500, respectively. The only country rated lower than Brazil was Indonesia, where teachers received the equivalent of US$1,500 per year. According to the report, the Brazilian system is quite different to other nations. In Brazil, salaries do not vary greatly between education levels (elementary vs. high school), unlike other countries. Brazilian teachers also work the most: they teach for 42 weeks a year, compared to 40 weeks in most of the rest of the world. The report also notes that professors at federal universities in Brazil are not among the lowest paid: they receive around US$76,000 a year, close to what is paid in Norway, Finland, and Sweden (US$73,000, US$80,000, and US$81,000, respectively).