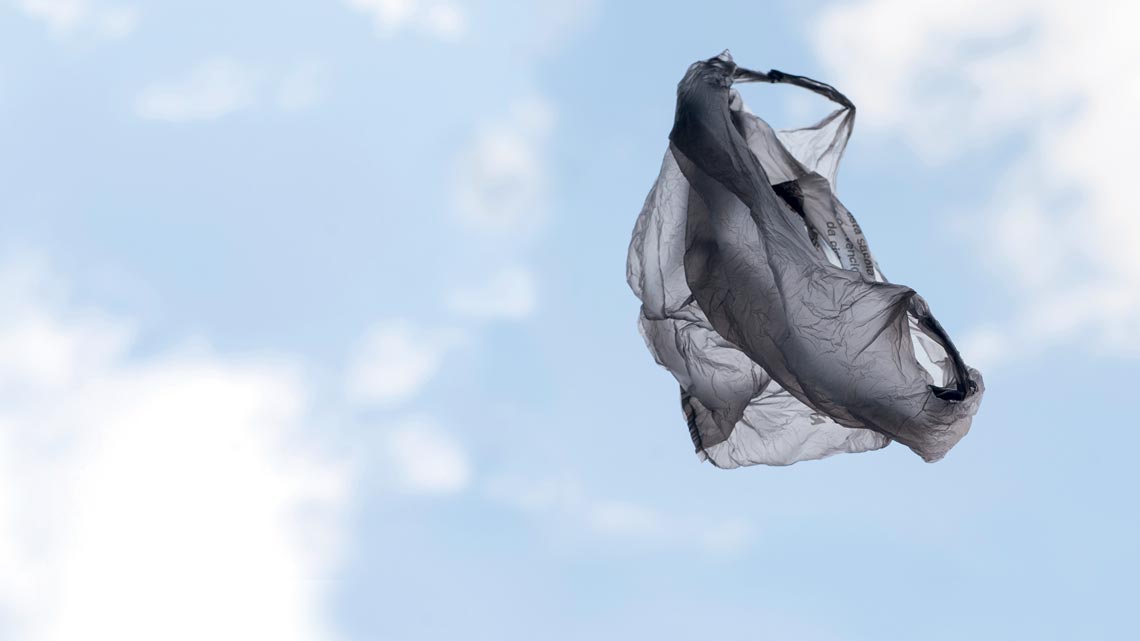 Microplastics measuring 5 millimeters or smaller originate from the degradation of larger objects, such as bags and bottles

A class of emerging pollutants known as microplastics has been found in human lungs. A team of researchers from the University of São Paulo (USP) and the Technological Research Institute (IPT) identified and characterized 33 polymer particles and 4 polymer fibers in 13 of 20 lung tissue samples. The results of the study were published in the Journal of Hazardous Materials on May 24. The particles measured less than 5.5 micrometers (μm) and the fibers between 8.12 and 16.8 μm. One micrometer is equivalent to 0.001 millimeters (mm). “Most of the polymers we identified were polypropylene and polyethylene, the most commonly manufactured types of plastic worldwide, used in food packaging and various other objects,” says pathologist Thais Mauad of USP’s School of Medicine, head of the lab that conducted the study.

The lung tissue samples came from autopsies performed on 7 men and 13 women aged 48 to 94. About two-thirds of them had never smoked and one-third were former smokers who quit smoking at least 15 years before they died. On average, the individuals lived at their home addresses in the city of São Paulo for 34 years.

Several studies have identified the presence of microplastics in aquatic, terrestrial, and aerial environments, as well as in foods. Polymer fibers and particles have, for example, been detected in fish, table salt, drinking water, milk, tea, beer, honey, sugar, and vegetables. Unsurprisingly, people sometimes breathe and ingest polymers. But according to the researchers, the new study is the first to find that these particles and fibers can remain in the lungs.

One of the main obstacles faced by environmental engineer Luís Fernando Amato-Lourenço, the main author of the article, was a methodological issue. Since microplastics are found in all environments, including the air, the likelihood of the lung tissue samples being contaminated was high. To prevent contamination, Amato-Lourenço followed a protocol used in various fields of science, designed to minimize contact with polymers. From collection of the lung samples to spectrometry analysis in the lab, none of the study procedures used any objects made of plastic. “As well as reducing the risk of external contamination, we had to process and analyze the tissue samples without physically damaging or modifying any microplastics that might be in them,” explains the scientist, who is currently on a postdoctoral fellowship under Mauad’s supervision, with funding from FAPESP. “We successfully adapted a methodological procedure used to identify microplastics in mussels.”

The fact that a protocol already exists for studying microplastics in mussels—an aquatic creature—is no coincidence. Objects made of plastic, such as bottles and bags, do not degrade easily and often accumulate in certain places, damaging nature. It is these items that give rise to microplastics. Typically, polymer fibers and particles break off during the plastic manufacturing process or when plastic packaging is exposed to heat. Microplastics have been found at the North and South Poles, deep in the ocean, and in the air, ready to fall on cities and forests when it rains.

One credit card per year
British marine ecologist Richard Thompson, from the University of Plymouth, UK, coined the term microplastics in 2004 to describe polymer particles smaller than 5 mm in size. His research team found microplastics in the sand on UK beaches in their pioneering work investigating the impacts of marine litter on ecosystems. These tiny polymer fragments are especially common in aquatic environments because plastic bottles and packaging are not properly disposed of and accumulate in rivers and seas.

The slow erosion of plastic waste creates a trail of pollution. In 2015, oceanographers from Europe and the USA estimated there were between 15 trillion and 51 trillion microplastic particles floating on the surface of the world’s oceans. These particles and fibers are also generated by tires (which contain polymers) rubbing against asphalt roads and from synthetic fibers used in clothing. People can inhale significant amounts of microplastics on a daily basis. According to a study published in the journal Environmental Science & Technology in March by a team led by Dutch environmental scientist Albert Koelmans, from Wageningen University in the Netherlands, the average person ingests the equivalent to one credit card’s worth of plastic every year.

As well as causing physical damage, ingesting microplastics seems to reduce or slow down reproduction among some marine species, which are the subject of most studies on the environmental impacts of plastic waste. The effects of microplastics on human health are still poorly understood. The group from São Paulo intends to determine the physicochemical characteristics of microplastics in air samples from indoor and outdoor environments in the city of São Paulo and to conduct toxicological studies in animal cell cultures.

The objective is to better understand the major complexities of polymer toxicity. “In the environment, microplastics can function as vectors and bind to other pollutants, such as heavy metals or organic compounds, or even to microorganisms such as viruses or bacteria,” explains Amato-Lourenço. “They can form a kind of of chemical and biological cocktail that can have multiple effects on health.” Mauad says that her team is already studying whether microplastics are able to carry the coronavirus in outdoor urban environments.