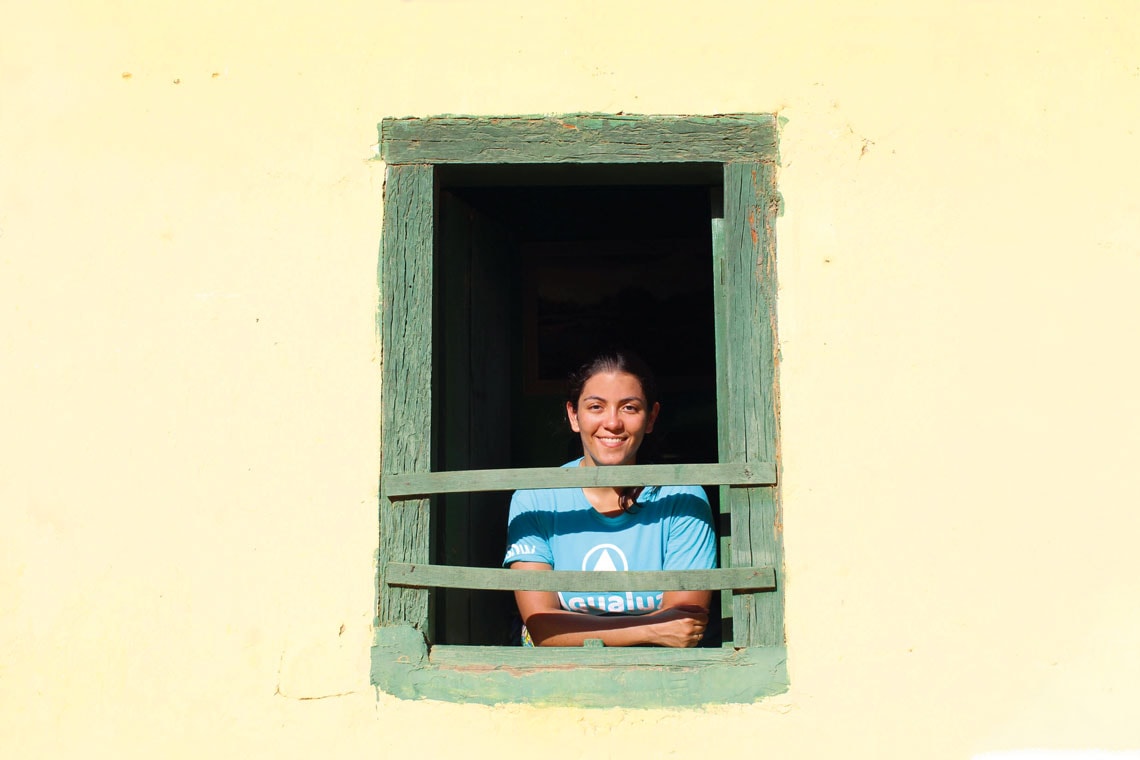 Santos during implementation of the Aqualuz system in the quilombola community of São Gonçalo, in Contendas do Sincorá, Bahia

Anna Luísa Beserra Santos, 22, is helping to change the lives of families without proper access to drinking water in the semiarid northeast of Brazil. In 2019, she won the 2019 Young Champions of the Earth prize in the Latin America and the Caribbean category for her new cistern technology that disinfects rainwater. The prize is awarded by the United Nations (UN) in recognition of young entrepreneurs with innovative ideas for the future of the planet.

Santos designed the system—called Aqualuz—while studying her undergraduate degree in biotechnology at the Federal University of Bahia (UFBA), which she finished in 2018. In 2015, she founded a startup called Safe Drinking Water for All (SDW), which aims to develop sustainable water technologies. She first came up with the idea for Aqualuz, however, in high school, while taking part in the Young Scientist Award, run by the Brazilian National Council for Scientific and Technological Development (CNPq). “The 2013 edition of the award asked for solutions related to the use of water. So I started to research the subject,” she recalls. Santos’s interest in science has already earned her two gold medals: one at the Bahia Biology Olympiad and another at the Brazilian Biology Olympiad, as well as a bronze medal at the Brazilian Astronomy Olympiad.

The Aqualuz cistern works by passing water through a filter, which retains any solid waste content, and then into a stainless-steel tank with a glass lid, which allows for the entry of ultraviolet rays. “These UV rays kill microorganisms that are harmful to human health,” she explains. With a capacity of 10 liters, the equipment, which has been proven effective in laboratories accredited by the Brazilian National Institute of Metrology, Quality, and Technology (INMETRO), takes a maximum of four hours to disinfect the water. A thermosensitive sticker lets the owner know when the water is ready to drink. The system is currently being used by about 250 families in the northeast of Brazil. “We have a greater presence in this region because the technology requires strong sunlight, which makes it unfeasible in rainy or cloudy locations,” she says.

In 2016, the invention earned Santos a place on the New Ventures Leadership course at the Massachusetts Institute of Technology (MIT) in Cambridge, USA. Two years later, she was selected to participate in a course for startups run by Cewas, an organization based in Willisau, Switzerland, that trains entrepreneurs and researchers in the water and sanitation sector.

Santos now wants to export her technology to countries in Africa. Through partnerships with two Brazilian nongovernmental organizations and with the support of a crowdfunding campaign, she plans to provide Aqualuz cisterns to families in Madagascar. She also intends to build sustainable bathrooms there that make better use of the water. “The system can change the lives of people who have to walk miles just to collect a few liters of water,” she says.