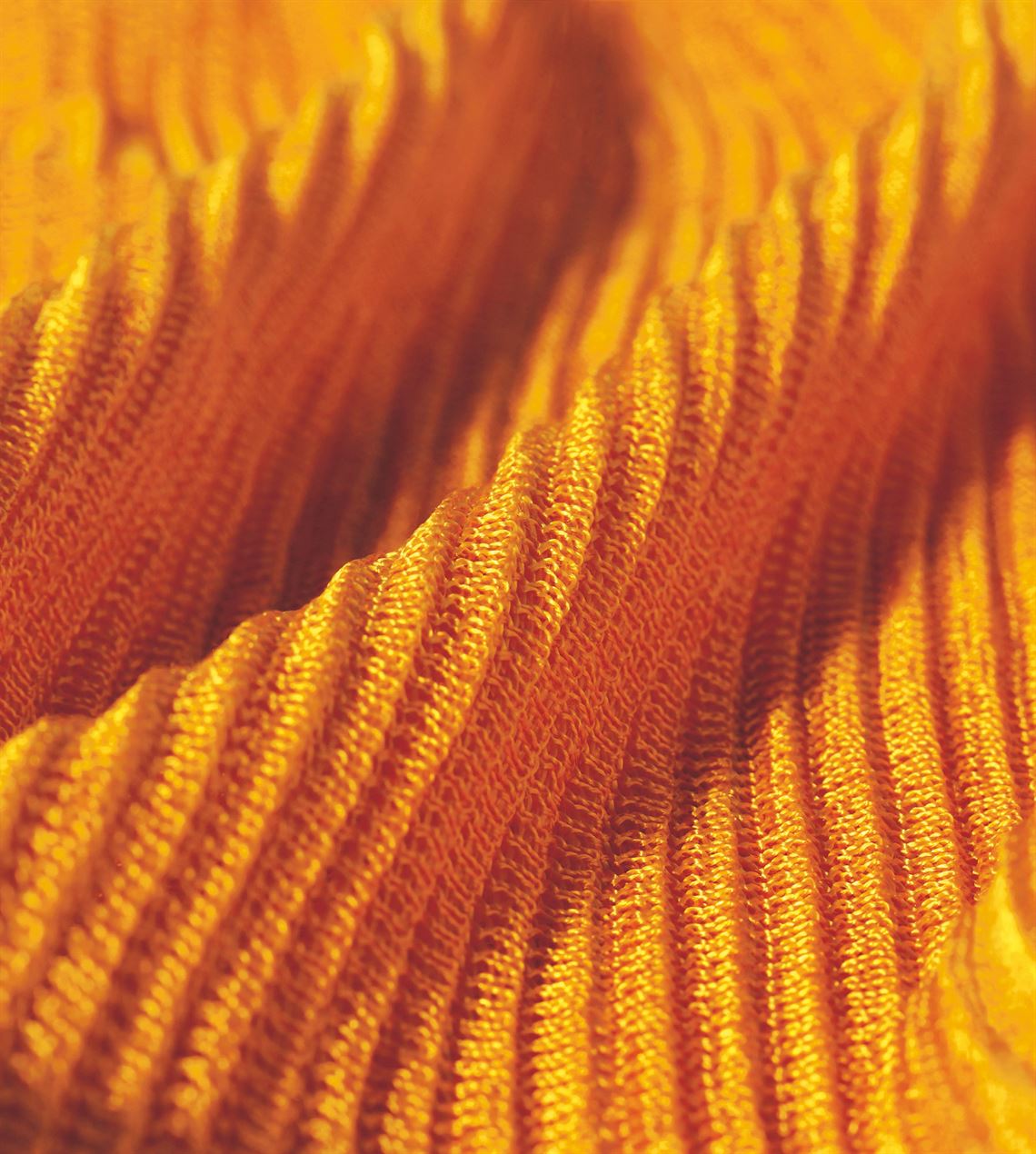 In recent years, microorganisms have found an improbable application in the fashion industry, in the production of biofabrics—materials made through biotechnological processes that provide a sustainable, albeit small-scale, alternative to the plant, animal, or synthetic fibers conventionally used in the textiles industry. In Brazil, bioengineered fabrics are being pioneered at Biotecam in Rio de Janeiro, a startup incubated at the Alberto Luiz Coimbra Institute for Engineering Research and Graduate Studies at the Federal University of Rio de Janeiro (COPPE-UFRJ). Engineers at the company use the same Acetobacter bacteria found in vinegar to form a cellulose film that is then made into a leather-like material, branded Texticel, for making garments and accessories.

Wim Degrave, a Belgian-born chemical engineer and one of Biotecam’s founders, explains that Texticel is currently being marketed to a niche segment of environmentally conscious consumers. While production capacity is still very limited—just 4 square meters (m2) per month—Degrave says his company will soon be able to scale up production with funding recently secured to automate the process.

“We’ve received funding from EMBRAPII [the Brazilian Agency for Industrial Research and Innovation] and SEBRAE [the Brazilian Small Business Support Service] and have established a collaboration with the Innovation Hub at IFF [Federal Institute for Education, Science & Technology of Rio de Janeiro] in Campos [RJ],” says cofounder Ricardo Amaral Remer, a chemical engineer. The company did not comment on the amount of funds it raised.

In the US, California-based Bolt Threads has launched two novel biofabrics of its own. The first is a silk fiber, branded as Microsilk, that is similar in structure to a spider’s web but produced using yeasts that have been bioengineered with spider genes. British designer Stella McCartney used the biomaterial to create, among other articles, a gold dress that was unveiled at the New York Museum of Modern Art (MoMA) in October 2017. The other fabric, trademarked as Mylo, is a bioengineered leather developed from mycelium cells that can be used to make clothes, belts, and footwear. Mycelium is the branching underground structure of some types of fungus, such as mushrooms.

Founded in 2009 by Americans Dan Widmaier, David Breslaeur, and Ethan Mirsky—a biochemist, a bioengineer, and a biophysicist, respectively—Bolt Threads was named one of the world’s most innovative companies in 2019 by the prestigious business innovation magazine Fast Company. With a team of 96 people, including 45 researchers and engineers, the company has raised an impressive US$123 million (around R$615 million) in investment funding. 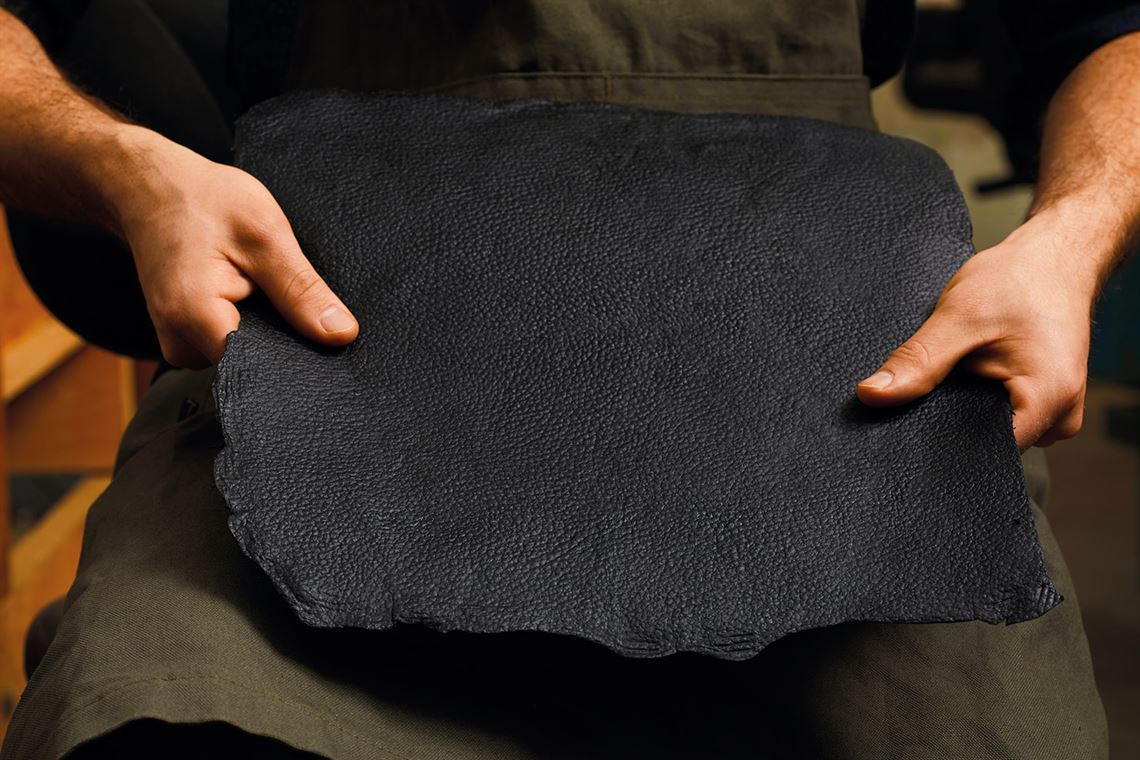 Mylo is a leather-like fabric produced from fungusBolt Threads

Silgia Aparecida da Costa, a chemical engineer specializing in biotechnology, who heads the Graduate Program in Textiles and Fashion at the School of Arts, Sciences, and Humanities at the University of São Paulo (EACH-USP), says the challenge in working with biofabrics is building scale—a hurdle that Biotecam is working to overcome. “The textile industry demands high-volume manufacturing. Today, biofabrics can be overlaid on accessories and used for small-scale production of garments, but I believe their use for large-scale apparel manufacturing would not be feasible,” she says. “This is very much a niche product.”

London-based fashion designer Suzanne Lee has researched biofabrics that imitate leather at least since the 2000s, using them to develop products such as jackets, skirts, shirts, and shoes. Lee headed a project funded by the UK Arts and Humanities Research Council, called BioCouture, where she worked with biotechnology and nanotechnology scientists to develop fabrics out of bacterial cellulose.

She believes biofabrication is the next industrial revolution, and that the factories of the future will be living cells such as bacteria, algae, fungi, and yeasts. “Through biofabrication, we have replaced many intensive man-made steps with one biological step,” Lee explained in a TED Talk in July 2019. “With biology, with no intervention from me other than designing initial conditions for growth, we efficiently produce a useful, sustainable material.”

Brazil’s Biotecam, which mainly produces water purification systems for treatment plants and fish-farming ponds, went into the bacterial fabrics business three years ago after being invited to collaborate on a project at the Museum of Tomorrow in Rio de Janeiro. “They were developing wearables by embedding microelectronics in clothing, and invited us to help create bacterial cellulose fabric as a raw material for the experiments,” says Degrave.

The new shop has since grown and now occupies almost half of the company’s footprint. Biotecam now plans to expand its monthly production capacity to 30 m2. The company supplies biofabrics to customers such as sustainable clothing brand Movin in Rio de Janeiro, which has already produced a number of items with the material. “We sell our bacterial fabric to designers and artists, largely for experimental development,” says chemical engineer Hugo Vidaurre Mendes, one of the company’s three founding partners. “Our product has been featured in a number of fashion shows, drawing attention for its similarity to leather.” Texticel not only requires much less water to produce than cotton, but is also biodegradable and compostable, says Mendes.

The biofabric takes approximately one month to produce depending on thickness and color, which ranges from straw to dark brown (see infographic opposite). The price of a standard sheet of fabric, 30 centimeters (cm) wide by 50 cm long, ranges from R$80 to R$180. When produced at larger scale, prices can be expected to fall.

University research has also led to improved bacterial cellulose materials for the manufacture of fabrics. After investigating silica nanoparticles and how they can provide new properties to cotton fabrics, as part of her undergraduate and master’s studies at the University of Porto, Portuguese chemist Andreia Sofia de Sousa Monteiro moved to Brazil and started researching bacterial cellulose.

In 2019, during her doctoral research at the Institute of Chemistry at São Paulo State University (IQ-UNESP), in Araraquara (SP), with grant funding from FAPESP, she explored the use of nanotechnology to add new properties to bacterial cellulose membranes. For example, she chemically modified membrane surfaces to make them repellent to water and other liquids. “I worked on developing materials with self-cleaning and easy-cleaning properties,” says the researcher. 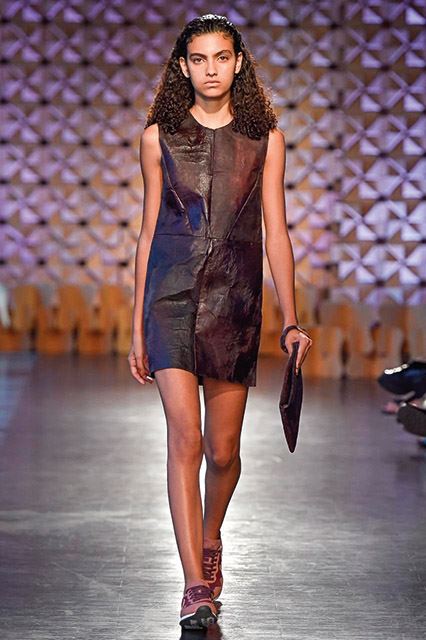 A fashion show featuring articles made of Texticel, a bacterial membrane developed by startup BiotecamMarcelo Soubhia/Movin

“A membrane with easy-cleaning properties repels liquids such as human sweat and other types of soiling,” explains Monteiro. She achieved these properties by adding silica nanoparticles to the material. Self-cleaning membranes were made using a composite of silica nanoparticles and titanium dioxide. In this material, soiling is initially absorbed into the fabric but is then degraded when exposed to an ultraviolet (UV) light source.

Andreia Monteiro believes these properties could make microbe fabrics ideally suited for producing self-cleaning white coats for health professionals. “When they stop to rest, doctors could place their coats into an enclosure with UV light to eliminate microorganisms,” she says.

Monteiro conducted her research under chemist Sidney José Lima Ribeiro, who for the past 15 years has led studies at IQ-UNESP in Araraquara using cellulose produced by bacteria, especially the species Gluconacetobacter xylinus. “This bacterium produces a pure cellulose film that, with subsequent treatment—especially drying—becomes a cellulose fabric,” explains Ribeiro.

He is currently investigating the use of cellulose membranes to produce substrates for flexible LED screens, biosensors, smart packaging, and other products. By combining other polymers, he has successfully produced transparent and biodegradable cellulose films that can be used for these applications. “These are some of the multifunctional devices incorporating bacterial cellulose that we are developing and investigating at our lab,” says Ribeiro, who last year was appointed as a member of the European Academy of Sciences.