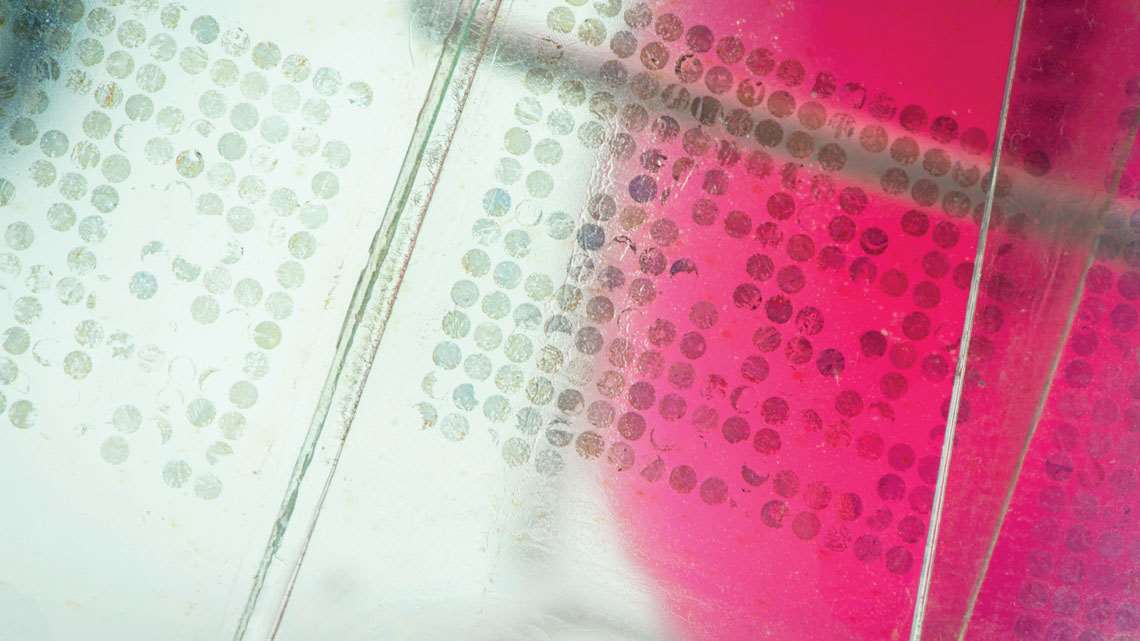 Public funding for cancer research almost doubled in Brazil between 2007 and 2012, jumping from US$37.6 million to US$62.1 million. Since then, however, investment has started to fall, sinking to US$38.4 million in 2016. These figures come from a survey by researchers from the Oswaldo Cruz Foundation (FIOCRUZ) and Brazil’s National Cancer Institute (INCA) in Rio de Janeiro, based on data provided the Brazilian Ministry of Health, federal and state research agencies, and Lattes, a website that scientists in Brazil use to share their CVs and information about their research.

In total, Brazil invested US$489 million in 7,622 oncology research projects between 2007 and 2016, involving 3,068 researchers. These funds were primarily invested in southeastern states. “It is possible that this is due to the high concentration of centers of excellence in cancer research and highly qualified scientists in the region,” suggests Cecília Ferreira da Silva, an oncology nurse from INCA’s Clinical Research and Technological Development Division and one of the authors of the study, published in the Journal of Cancer Policy. The southeast’s strong performance is also related to the work of state research foundations in the region, which invested just over US$354 million in cancer studies in the period—72.6% of the total (see map below).

Of these research foundations, FAPESP was the standout, accounting for 65.1% of the total spent in the country, and universities in São Paulo were the main beneficiaries. Of the 8,565 grants offered in the period, 1,950 went to researchers linked to the University of São Paulo (USP), 672 to São Paulo State University (UNESP), 564 to the University of Campinas (UNICAMP), and 405 to the Federal University of São Paulo (UNIFESP). In terms of federal funding, the Brazilian National Council for Scientific and Technological Development (CNPq) excelled at investing in studies in the south, while the Ministry of Health’s Department of Science and Technology (DECIT) played a leading role in the north.

Almost half of all funding was invested in research on general biological and molecular phenomena associated with cancer. “This is basic research and non-clinical studies involving cell lines, focused on biological processes related to tumor development, DNA repair, and the mutational profile of cancer cells,” explains Silva. The percentage allocated to studies on breast cancer, one of the most common types of cancer in Brazil, was 9.7%. Cervical cancer, the third most common among Brazilian women, was ninth in the list of most funded (see table).

For biochemist Vilma Regina Martins, former head of research at the A. C. Camargo Cancer Center in São Paulo, the results reveal a misalignment between the application of funds and the epidemiology of cancer in the country, in addition to a worrying lack of funding for studies of the disease. “Basic oncology research is fundamental to understanding how tumors arise, progress, and spread and to investigating candidate molecules for new drugs and biomarkers, while clinical research helps us adapt existing drugs and develop surgical techniques and procedures to improve diagnosis and treatment,” she explains. “This research has to reflect the most commonly diagnosed tumors in the country and the socioeconomic characteristics of the most affected populations.”

The study authors are now studying how much has been invested in cancer research in Brazil since 2016. “Information on funding in this area is fragmented across various agencies and public access to the data is highly restricted,” says Silva. The scientist does not rule out the possibility that the situation has worsened in recent years, due to progressive funding cuts by federal and state science, technology, and innovation (STI) departments across the country. Brazil’s National Health Fund offers some insight into the problem. The fund, created in 2001, invests in technological training in areas of interest to the country’s public health system (SUS) and encourages private investment in research and development (R&D), the Brazilian medical equipment industry, and the dissemination of new technologies that give the population greater access to medical products and services. In the last six years, its budget has fallen by 993%, from R$36.9 million in 2015 to R$2.42 million in 2021.

The incidence of cancer has continued to rise in Brazil in recent years, as expected due to increasing life expectancy and an aging population. There were 600,000 cases of the disease per year in 2018 and 2019, an increase of 22.6% compared to 2010 and 2011, according to INCA. The estimate for 2020 to 2022 is 625,000 new cases per year, but the real number could be higher, since the pandemic has negatively affected tracking of the disease in the country. “As a result of social distancing measures, many people have estopped taking preventive exams, increasing the risk of cases being diagnosed at a more advanced stage,” highlights Martins. Data from Instituto Oncoguia indicate SUS tumor screening and testing decreased by 50% between March–December 2020 and the same period in 2019. There was also a 48.4% reduction in screening mammograms and a 25.9% reduction in diagnostic mammograms between the two periods.

The government has recently launched new strategies designed to involve more researchers in oncology studies, such as the National Cancer Clinical Research Network and the National Cancer Drug Development Network, both created in 2011. It has also established alternative funding mechanisms. In 2013, the Brazilian Ministry of Health began the National Oncology Care Support Program (PRONON), which allows companies to direct 1% of their income tax to scientific research, education, and medical services at research institutions and charitable hospitals (see Pesquisa FAPESP issue nº 269).

Despite these efforts, a 2019 survey by INCA found that the country’s oncology research infrastructure has not received substantial investment since the late 1990s. The researchers analyzed the amount invested in health research and innovation by the Brazilian Funding Authority for Studies and Projects (FINEP) between 1998 and 2013: of the R$989 million invested in the period, only R$12.5 million was allocated to cancer initiatives. They also examined the amount spent on the development and modernization of health research laboratories in the country. Of the R$3 billion invested, only 0.46% was used for oncology infrastructure. “Brazil still has difficulty innovating in this field,” says Veronica Aran, a biochemist from the Paulo Niemeyer State Brain Institute and one of the authors of the study, which was published in the Journal of Cancer Policy.

Doctor André Brunetto, head of scientific research at the Children’s Cancer Institute of Rio Grande do Sul, explains that these difficulties stem from structural bottlenecks that go beyond national funding restrictions. “Investment in cancer research has been essential to enabling groups of excellence to form and increasing Brazil’s scientific output on the topic,” he says. “It has helped increase the impact of Brazilian studies and the presence of Brazilian scientists in international collaborations.” According to Brunetto, research conducted at universities does not often progress to more advanced stages because the country’s private sector rarely invests in R&D in the field, due to the high costs and risks involved in developing new drugs, low venture capital input, long time frames, and lack of experience in technological innovation. “Brazil has qualified scientists and centers of excellence in cancer research, but the lack of industrial activity in this sector makes innovation difficult. There is no way to develop new treatment strategies without support from pharmaceutical companies.”

José Fernando Perez, a physicist and president of Recepta Biopharma, a biotechnology company that focuses on compounds with the potential to treat tumors, points out that the international cancer treatment market is now dominated by biopharmaceuticals. He explains that these drugs take years to develop and usually require high levels of investment. Even then, there is no guarantee of success. The process is full of uncertainties. “It is different from building an airplane, for example, which is based on long-established knowledge,” says the physicist, who was FAPESP’s scientific director between 1993 and 2005. “You might encounter technical problems, but with good engineering, a plane will fly. It may not sell, but it will fly. In other words, there is a commercial risk, but there is no technological risk.” The same is not true for new drugs. “You can have the best scientists working in the best labs, but the compound still may not work, it may be harmful to human health, or it may not meet regulatory requirements. Many of these problems can appear after millions have been spent.” This tends to put off Brazilian companies, he says. “Multinationals can mitigate these uncertainties by investing in several projects. The few that succeed cover the costs of those that fail. This requires money and R&D experience, which Brazilian companies don’t have.”

One fact that illustrates some of the structural obstacles faced by Brazil when managing innovation in this area is the number of patent applications filed with the National Institute of Industrial Property (INPI) between 1998 and 2013 that relate to chemical and biotechnological cancer prevention and treatment. Aran and her team identified 503 patents applied for in the period, but only 9.5% were filed by organizations based in Brazil—primarily public teaching and research institutions. “The rest came from foreign companies,” says Aran. Roger Chammas, a physician from USP’s School of Medicine, believes the data show that there is no national STI policy for cancer. “The little funding available is diluted. There are no research priorities or strategic studies based on the characteristics of the disease in the country.”

According to the researchers, the situation is likely to further intensify Brazil’s dependence on the foreign market, especially with regard to medications. In 2020, pharmaceutical Pierre Fabre, the only company selling busulfan in the country, announced plans to discontinue production of the drug in Brazil. Busulfan is essential for treating people with hematologic malignancies who need a bone marrow transplant. After concerns were raised by medical professionals and the public, pharmaceutical company Otsuka announced it was in the process of securing access to the drug by mid-2022. Silva points out that low investment in cancer research and innovation results in increased SUS spending on treatment. “Spending on cancer treatment has doubled in the last decade, jumping from US$316 million in 2008 to US$638 million in 2019.”