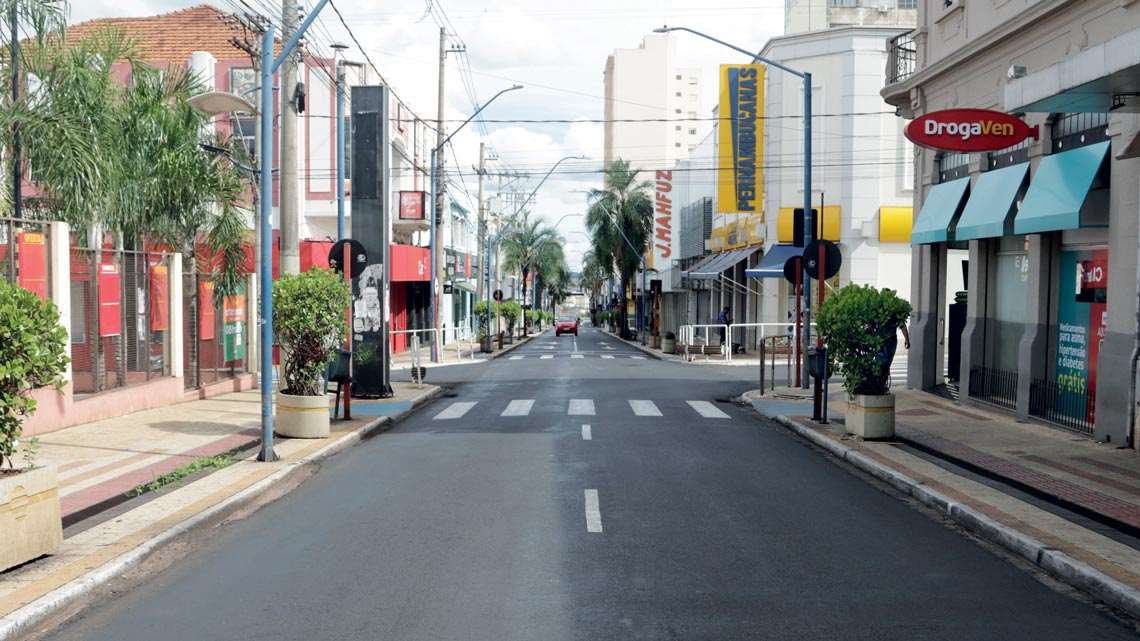 A deserted street in Araraquara, São Paulo State, during the lockdown instituted in February after detection of the Manaus variant

The novel coronavirus continues to surprise us and scare us. In early 2021, information emerged on the rapid spread of new variants of SARS-CoV-2. As it multiplies, the virus can accumulate errors (mutations) in its genetic material. A variant is a group of viruses that have the same mutations and differ from the originally described virus. There are currently three variants are of concern to health authorities: 501Y.V1, 501Y.V2, and 501Y.V3. They seem to spread faster than the version of the virus first identified in Wuhan, China, in 2019. There are also signs that the latter two may be resistant to the antibodies produced by some vaccines. The former (501Y.V1), also known as 20I/501Y.V1 and 202012/01, first appeared in September 2020 in the United Kingdom, and five months later it was already being transmitted locally in more than 80 countries. The variant has 17 mutations in relation to the Wuhan strain and shares an important change with the other two variants: the N501Y mutation, which alters the virus’s spike protein and helps it bind to human cells. The 501Y.V2 variant was detected in South Africa in October and community transmission has been identified in North America and Europe. Among its mutations, one is particularly significant because it can disrupt the effect of antibodies: the E484K mutation to the spike protein. This same mutation is present in the 501Y.V3 variant, which originated in Amazonas and is currently spreading throughout Brazil. It has already been detected in travelers in Japan, the USA, and Europe.