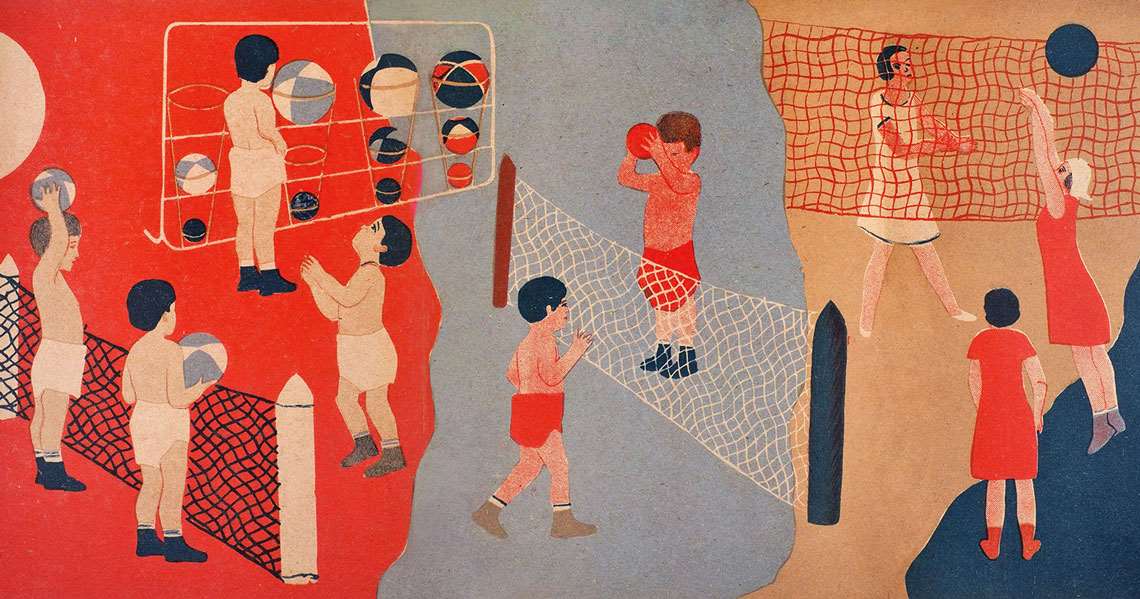 An illustration in the book Ballgames (1931), by Lidia Popova

“Under the palm trees of Brazil/ Weary from the heat,/ Wanders a brown Basilio,/ The Brazilian postman./ In his hand is a letter,/ Crumpled and strange./ On the seal is a post mark/ From a distant place./ Beneath the name is a reminder/ That the recipient/ In Brazil no longer resides/ He has left for Leningrad.” These lines, written by Russian poet, editor, and translator Samuil Marchak (1867–1964), are an excerpt of his 1927 poem, The mail, in which postmen from around the world are searching for the traveling writer Boris Jitkov (1882–1938) to deliver a parcel. Introducing Russian children’s literature to the Brazilian public has been one of editor Daniela Mountian’s goals in her FAPESP-funded postdoctoral research since 2019 in the Department of Literary Theory and Comparative Literature at the University of São Paulo’s School of Philosophy, Languages and Literature, and Humanities (FFLCH-USP).

According to Denise Regina de Sales, a translator and professor of Russian language and literature at the Institute of Language and Literature of the Federal University of Rio Grande do Sul (UFRGS), very few titles of the genre have been launched in Brazil. And the few that have are in great part thanks to the efforts of Tatiana Belinky (1919–2013), a Russian writer, playwright, and translator who emigrated to Brazil. “Belinky is certainly the greatest exponent of Russian children’s literature in the country. She has introduced Brazilian children to such authors as Marchak and Ivan Krylov [1769–1844], Russia’s best-known fabulist,” says Sales. “But Daniela Mountian’s work is opening new research fronts in areas that have been little-explored.” 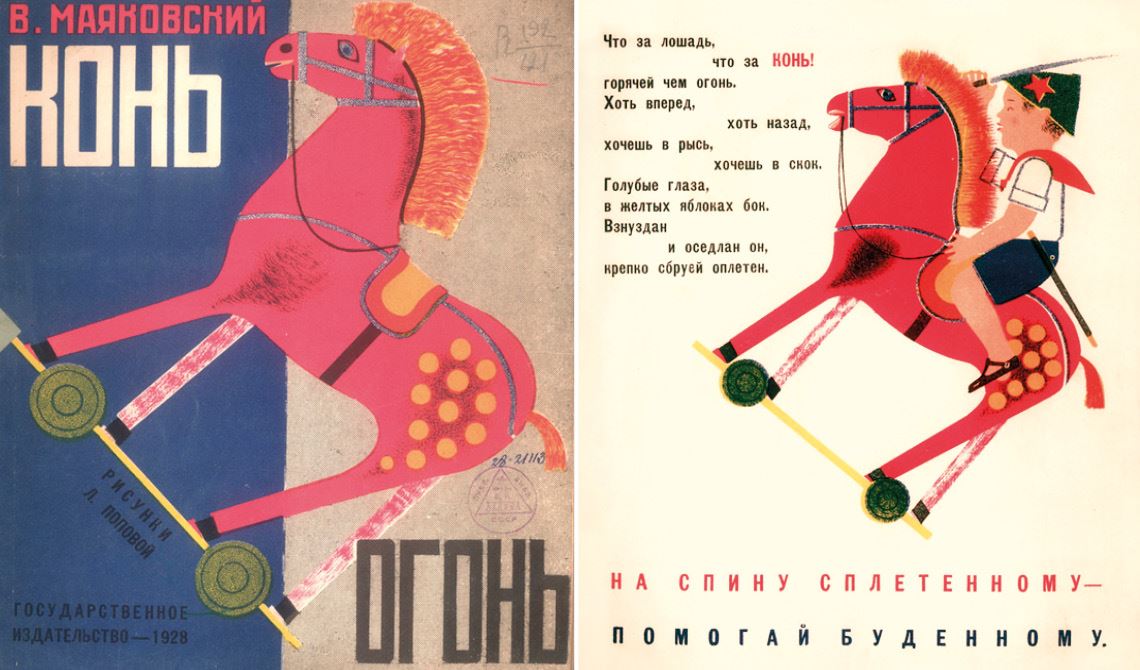 The cover of The fire horse (1928), written by Vladimir Maiakovski and illustrated by Lidia PopovaTOGDAZINE.RU

Her research consists of two separate legs. In the first, she spent a period at the Institute of Russian Literature in St. Petersburg to explore Russian children’s literature from the 1920s and 1930s. In the second leg, which is still ongoing, she is comparatively reviewing children’s books produced in Russia and Brazil between 1919 and 1943. For Mountian the language barrier is not an issue. “My parents emigrated from Moldova [a former part of the Soviet Union] to Brazil in the 1970s. I heard Russian spoken at home since I was a child, but only learned to read and write in Russian as an adult.”

Her postdoctoral research builds on earlier doctoral research at USP about the oeuvre of Russian poet, writer, and playwright Artur Daniil Kharms (1905–1942). “Kharms belonged to the Russian avant-garde and wrote for adult audiences, but his work was censored during the communist regime, limiting its reach,” says Mountian. “To make ends meet, Kharms also wrote stories for children in the 1920s and 1930s. Other authors in his literary circles who, like him, had never written for child audiences, soon followed suit. I found this intriguing.” 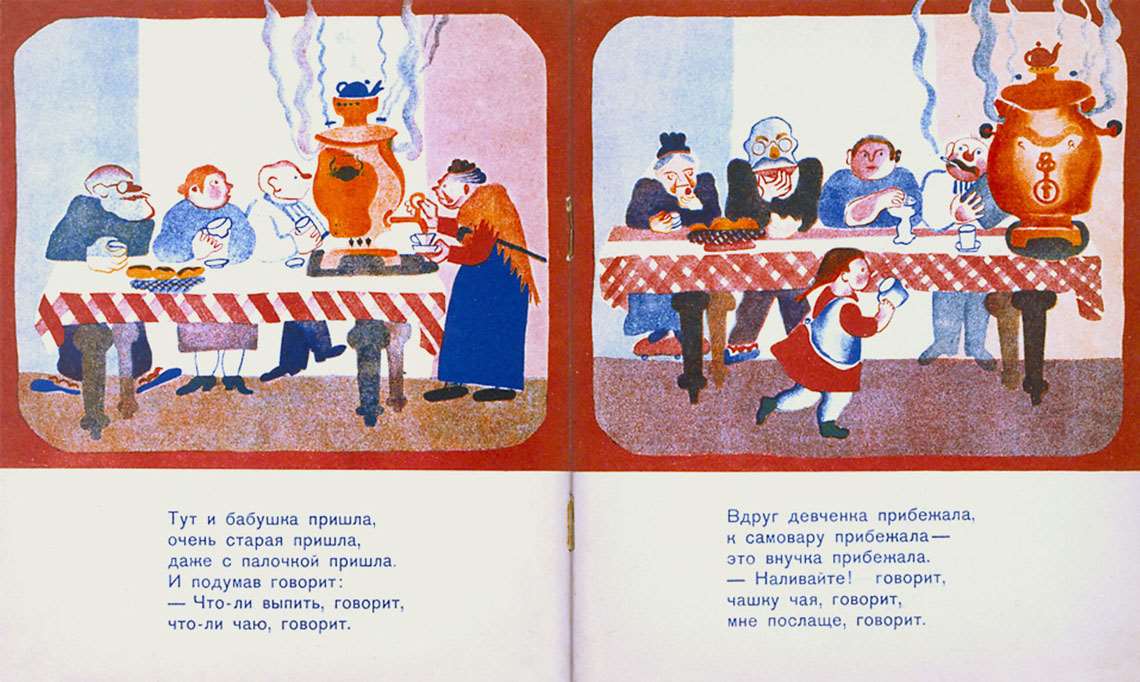 When she started her research, Mountian discovered a prolific children’s publishing scene, with both books and magazines written by poets, writers, and visual artists, many of them belonging to Russia’s avant-garde. “A close connection between the literary avant-garde and children’s literature, as occurred in Russia, is unprecedented. This was an extremely fertile period in the history of Russian literature, with intense interaction between content and form,” she notes. “Russian artists of the day were very open to experimentation, and this is reflected in the children’s books in that period,” concurs Elena Vássina, a professor of Russian language and literature at USP.

But this literary landscape had not emerged spontaneously. According to Mountian, after the Russian Revolution of 1917, the overthrow of the monarchy and the rise of the Soviet Union (1922), the new regime launched a large-scale campaign to eradicate illiteracy in the country. The new government also decided that a new brand of children’s literature was needed that was “untarnished” by the past. Children’s books would no longer tell stories of kings and princesses, but of ordinary workers such as postmen, firemen, and drivers. With this goal in mind, the government set up a children’s department at Gosizdat, a state publishing house created in 1924. With the introduction of the New Economic Policy (1921–1928), private publishing houses were allowed to resume their activities, such as Raduga, which launched around 600 titles for children between 1922 and 1930. “Some authors, like poet Vladimir Maiakovski [1893–1930], began producing children’s books for ideological reasons, under a commitment to the Bolshevik idea of ‘building a new man,’” says Mountian. Maiakovski often selected his own illustrators. For his book The Fire Horse (1928), for example, he invited Lidia Popova (1903–1951), who had studied at the Higher State Artistic and Technical Studios (Vkhutemas) in Moscow, and had previously illustrated several children’s books, including titles like Ballgames (1931). The apparent incongruity was not uncommon at the time. “In the 1920s and early 1930s, authors enjoyed a certain degree of creative liberty that was beneficial in the production of children’s books, but was not without its paradoxes. Because children’s literature was considered central to nation-building, and required a new breed of writers, poets, and illustrators, an avant-garde author prevented from publishing for adult audiences was often able to illustrate or write books for children,” says Mountian.

Josef Stalin’s (1878–1953) rise to power in 1929 led to increased censorship and intolerance to new artistic languages. In 1934, during the First Congress of Soviet Writers, it was established that Russian literature, including children’s literature, would follow the dictates of socialist realism—a style conceived by Andrei Jdanov (1896–1948) to portray the reality and extol the virtues of the regime. “Even when favorable to the regime, any books written in the 1920s and early 1930s that were meant to entertain and stimulate children’s imagination were branded as ‘anti-Soviet,’ ‘reactionary,’ and ‘bourgeois,’ and their authors were persecuted,” she says. 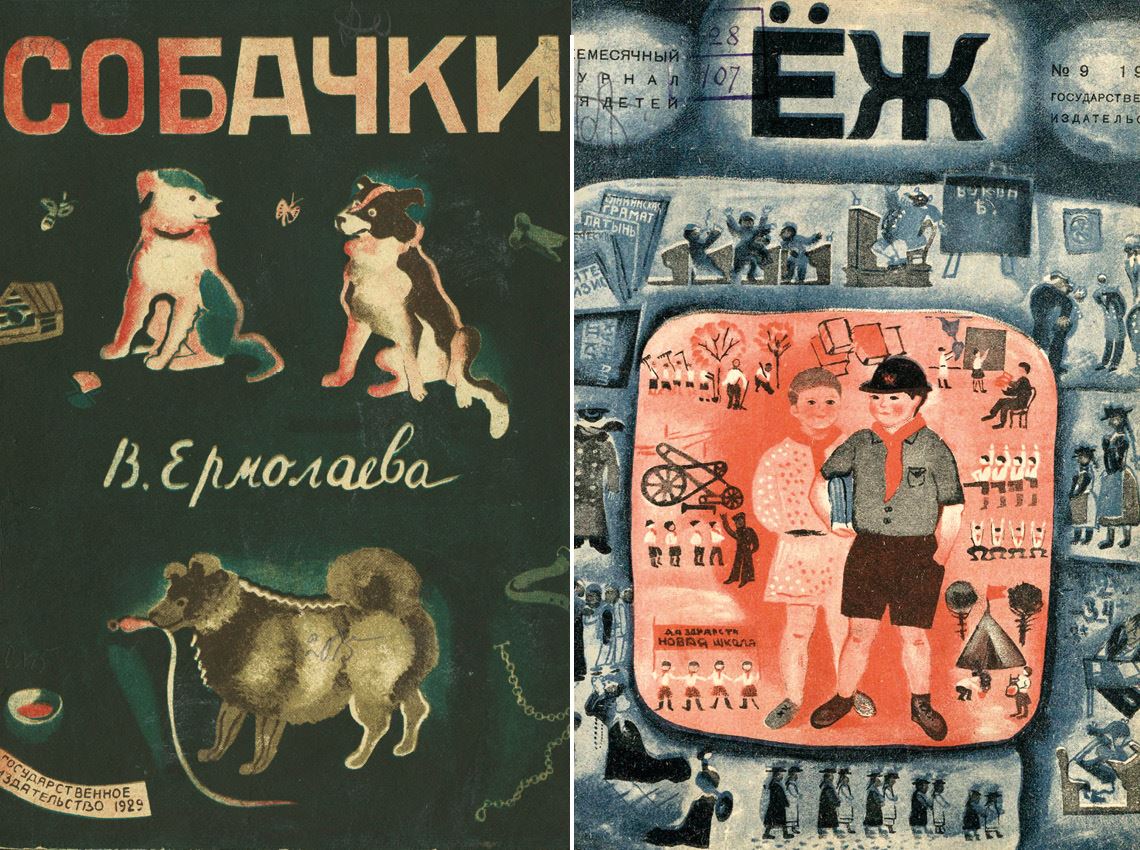 This was the case of painter and graphic artist Vera Ermolaieva (1893–1937) who, among other works, illustrated the book Ivan Ivanych Samovar, written by Kharms and published in 1929. Ermolaieva was shot dead at age 44 on accusations of propagating anti-Soviet ideas. Kharms had a similar fate: after being sentenced to imprisonment on the same accusations, he died of starvation in a psychiatric ward at age 36. “Marchak was also persecuted but, likely due to his being an influential figure in the Soviet Union, he was spared from prison.”

Considered one of the founders of modern Russian children’s literature, Marchak served as editor-in-chief in the children’s department at Gosizdat and created the monthly children’s magazine Ioj, published between 1928 and 1935 with a circulation of some 120,000 copies. “In the 1920s, he introduced several poets and writers to the world of children’s literature, such as Kharms, whom he invited to write for Ioj. He also invited Vladimir Lebedev (1891–1967), a well-known poster artist, to be art editor at Gosizdat. Lebedev, in turn, brought other visual artists to help illustrate children’s books for the publishing house,” says Mountian. “Marchak’s publishing acumen is comparable to that of Monteiro Lobato [1882–1948], who revolutionized the way children’s books were marketed and produced in Brazil.”

From the first leg of her research, Mountian produced the book Contos russos juvenis (Russian tales; Kalinka, 2021). “I realized that in order to understand Soviet literature from the 1920s and 1930s, I would have to take a few steps back and learn about classical Russian children’s literature, formally introduced in the eighteenth century by none other than Empress Catherine II [1729–1796], who wrote two tales for her grandchildren,” says Mountian. Elena Vássina of USP welcomes the new book. “Maybe it’s because of Russia’s war-filled history that often its children’s tales seek to convey a message that we need to be brave and hope for better days. There’s much we can learn from them today,” she concludes.