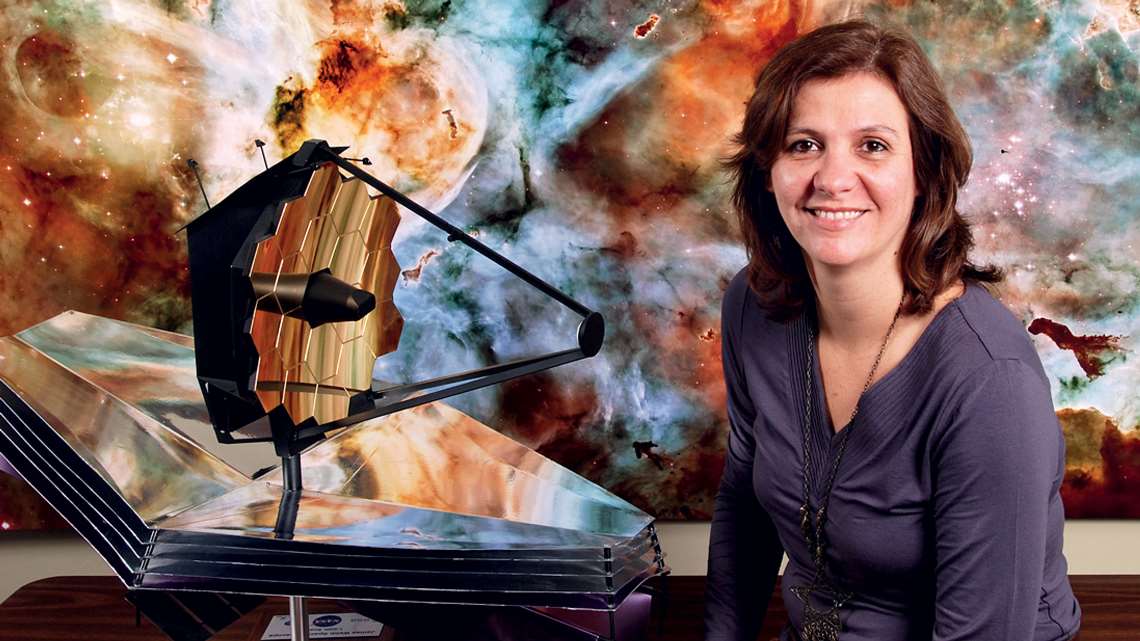 Since she was young a child, Duilia de Mello always wanted to understand how life on Earth began. Through astronomy, she seeks answers to her existential questions. “I was a very curious girl. I was always interested in space and the Universe. I asked a lot of questions, most of the time without receiving any explanation about what I wanted to know,” says the scientist, who is an expert in the evolution of galaxies and vice provost at the Catholic University of America in Washington D.C., where she also taught physics and astronomy.

After discovering Supernova 1997D in 1997 while investigating galaxies in dense environments at the Cerro Tololo observatory in Chile, Mello also identified unusual clusters of orphan stars between galaxies M81 and M82 in 2008, nicknamed the blue blobs. Characterized by bright explosions that result in the formation of new stars, supernovas are largely responsible for scattering chemical elements throughout the cosmos.

“They tell the story of people, of the origin of life, because all the chemical elements in nature are formed within the stars,” she says. In 1997, she began researching galaxies with high rates of star formation at the Space Telescope Science Institute, where she was also part of the team responsible for capturing images from the depths of the Universe.

Born in Jundiaí, a town in the state of São Paulo, Mello spent part of her childhood in Belo Horizonte, Minas Gerais, before moving with her family to Rio de Janeiro. In 1986, at the age of 16, she made the decision to attend the School of Astronomy at the Federal University of Rio de Janeiro (UFRJ) after visiting Valongo Observatory, where the undergraduate course is taught. “The career of an astronomer allows you to work in scientific education at planetariums, in telecommunications the monitoring of satellites, or even in computing and data analysis. But what I really wanted was to study the far reaches of the Universe,” she recalls.

During her master’s degree at the Brazilian National Institute for Space Research (INPE), Mello specialized in colliding galaxies. “When galaxies interact due to the forces of gravity, they dance around each other. Eventually, they end up merging and forming a single galaxy,” she explains. While studying her PhD at the University of São Paulo (USP), she met a group of researchers from the University of Alabama who specialized in the subject. She decided to spend some time in the USA, and completed a second master’s degree there in 1993. “On that occasion, I studied the chemical composition of colliding galaxies associated with stellar populations, a topic that I continued to develop during my PhD upon returning to USP.”

Since 2016, Mello has run the Mulher das Estrelas (“Star Woman”) project, which encourages young Brazilians, especially girls, to pursue scientific careers. She gives talks at schools and scientific events through which she tries to deconstruct the idea that science is something difficult to achieve. “I tell them that to be a genius is to dedicate yourself to your studies, something indispensable to becoming a great researcher,” says the author of Vivendo Com as Estrelas (“Living with the stars”) (Panda Books, 2009).