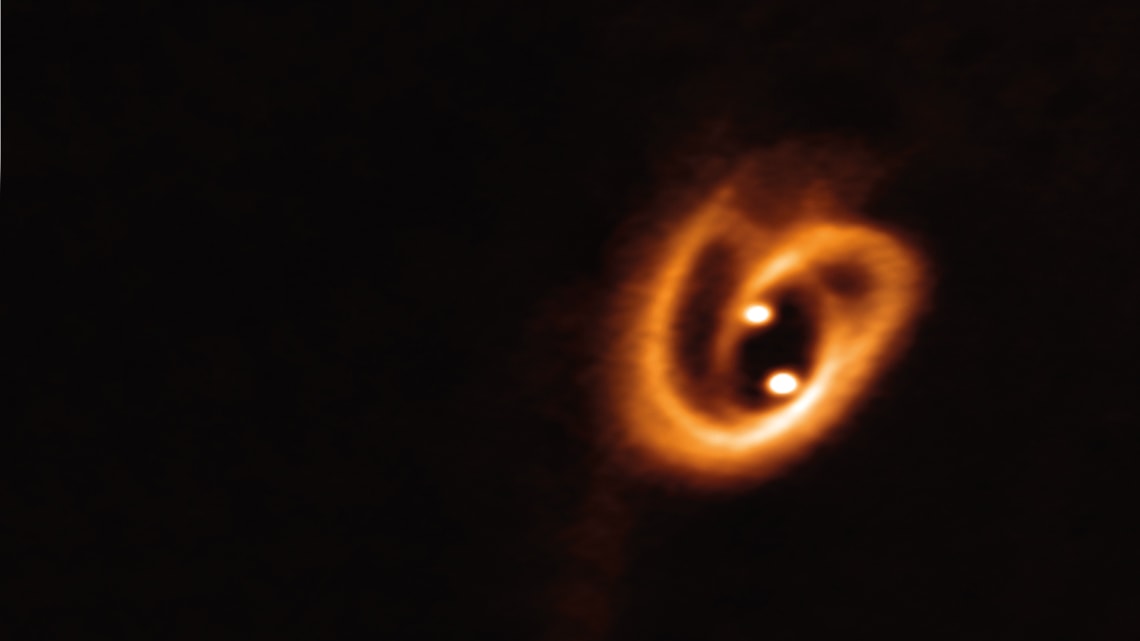 In the Ophiuchus constellation, roughly 600 light-years from Earth, two young stars with masses similar to the Sun feed on a cloud of interstellar dust and gas filaments, encircled by a large spiral disk. From afar, the structure resembles a pretzel. The high-resolution image of the star system was taken by an international group of researchers, including Brazilian astrophysicists Felipe de Oliveira Alves, who is on a postdoctoral fellowship at the Astronomy Research Center of the Max Planck Institute for Extraterrestrial Physics in Munich, Germany, and Gabriel Armando Franco, from the Physics Department at the Institute of Exact Sciences of the Federal University of Minas Gerais (UFMG). An article published in the journal Science in October explained the cosmic discovery in more detail.

Other research groups had already captured an outline of the structure surrounding the two newborn stars using data from the Submillimeter Array (SMA) radio telescopes in Hawaii. This time, however, the team led by Alves used the Atacama Large Millimeter/Submillimeter Array (ALMA) in San Pedro de Atacama, Chile, one of the largest observatories in the world. The images obtained by the ALMA are much sharper than those taken by the SMA, allowing the researchers to analyze the entire system—named [BHB2007] 11—in detail, including its intricate network of gas and dust filaments that seem to dance around the two bright stars. “This is the first time astrophysicists have been able to take such a clear picture of a binary protostar system in its early stages of formation,” says Franco.

Based on the observations, the researchers calculate that the distance between the two stars is about 28 times greater than the 149.6 million kilometers that separate the Earth from the Sun. They also estimate that the stars were born about 200,000 years ago, after the collapse of a molecular cloud, also known as a dark nebula.

Dark nebulas are home to huge clouds of interstellar gas and dust so dense that they can block the light of the stars behind them. They are also extremely cold, with temperatures as low as -250 degrees Celsius—close to absolute zero. These conditions encourage the gases to cluster together. When they become too dense, the clouds collapse under their own gravitational force and break apart into smaller fragments that become protostars. “Astronomers and astrophysicists refer to dark nebulas as stellar nurseries,” says Franco. 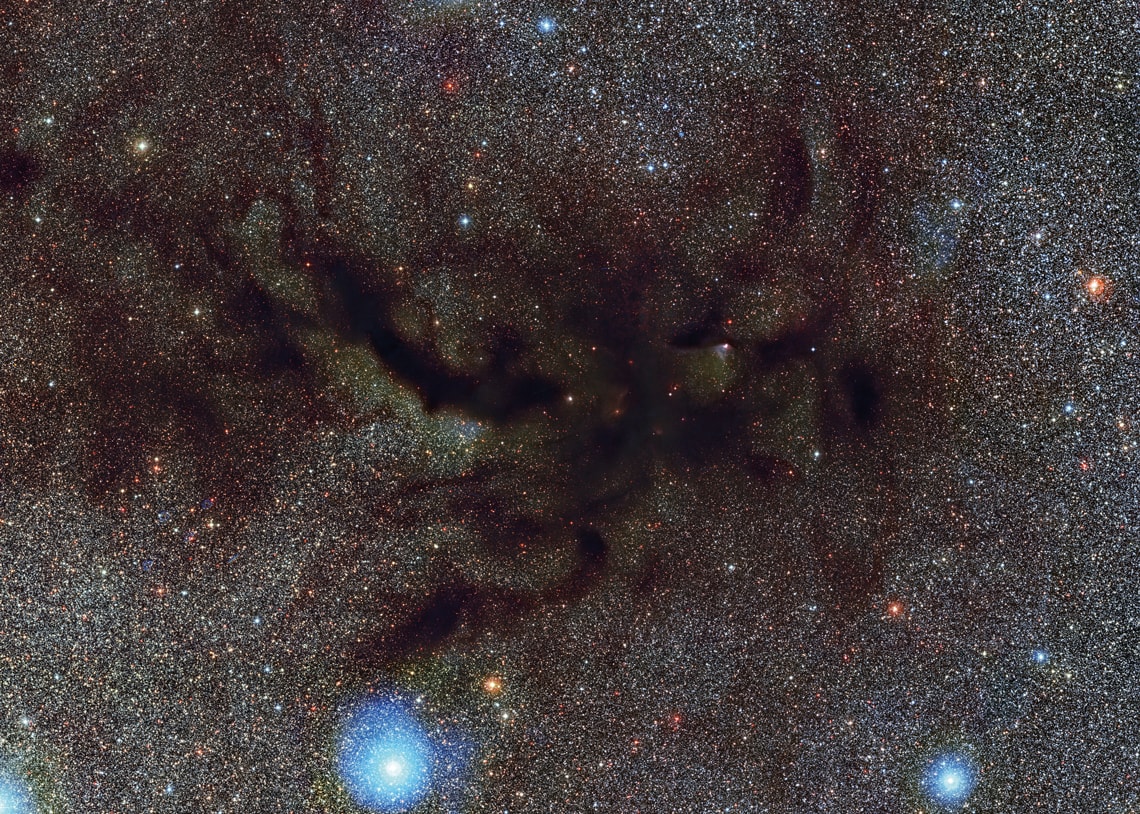 The two protostars are situated in a small star cluster in a dark nebula called Barnard 59, at the end of a denser and larger interstellar dust cloud called the Pipe Nebula—named after its shape. Each star has its own circumstellar disk composed of dust and gas. “The size of each of these disks is similar to the distance between the Sun and the asteroid belt located between Mars and Jupiter,” explains Alves, lead author of the study. “Both are surrounded by a larger, almost circular disk, with about 80 times the mass of Jupiter.” The new image shows two intertwined filaments. It is not possible to see the larger disk.

According to the researchers, the mechanism through which the two protostars feed on the material in the larger disk probably involves two stages. First, matter from the larger disk is transferred to the smaller one, and then it is absorbed by the young stars. “There is a hierarchy in the way they feed and gain mass,” says Alves.

He explains that the protostars grow larger as they consume the material from the disks. The gas they absorb contracts, converting the kinetic energy of its movement into heat. The process increases both pressure and temperature. When they reach a few thousand degrees Celcius in temperature, which is projected to occur in about 12 million years’ time, the protostars will become sources of infrared radiation, classified as stars just like the Sun.

According to Franco, the two binary protostars have similar masses, but one may be smaller than the other. “It seems to consume more of the matter in its disk and gain mass faster than the bigger star,” he says. Despite this slight irregularity, observations indicate that the entire system appears to self-regulate, so that the two protostars maintain more or less equivalent masses and develop in a homogeneous manner. “This data can help us better understand how binary star systems are formed,” says Alves.