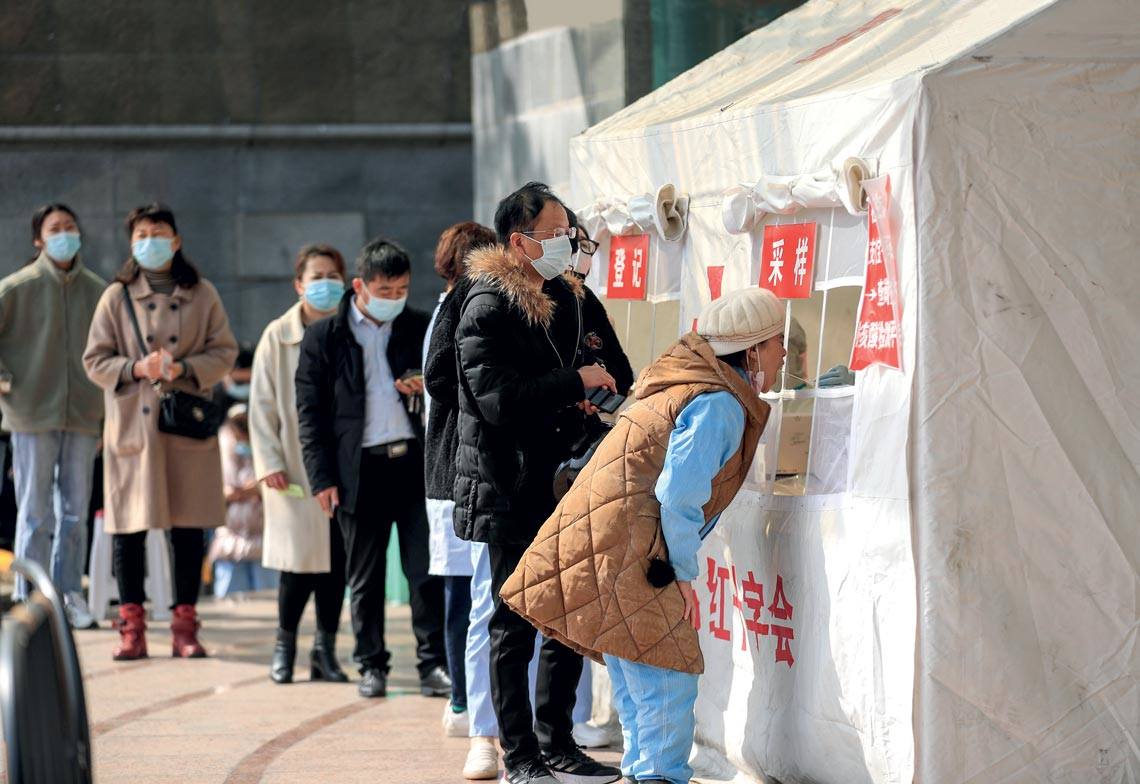 Queue for COVID-19 test in Yangzhou, China, on March 10

On March 19, Chinese authorities reported two COVID-19 deaths in the Jilin province in the northeast of the country. They were the first in more than a year, bringing the total number of deaths in China during the pandemic to 4,638, according to official figures. Since the virus was first identified in Wuhan at the end of 2019, the Asian country has attempted to contain it with an iron fist, implementing strict lockdowns, carrying out mass testing, and tracking suspected cases. In addition to the small number of deaths, the government has reported just 139,000 infections in the period. Far below the numbers seen in other large countries, the data suggest the Chinese strategy was going well until the arrival of the Delta and Omicron variants. The new strains caused infections to increase and led to new lockdowns in major cities, including Shenzhen, a technology hub with 17.5 million inhabitants (BBC, March 21; Valor Econômico, March 21; The Guardian, March 19 and 22; NYTimes, March 15 and 20). Data from the World Health Organization (WHO), however, tells a very different story, estimating that there have been 867,000 cases and 12,000 deaths in China since the beginning of the pandemic.