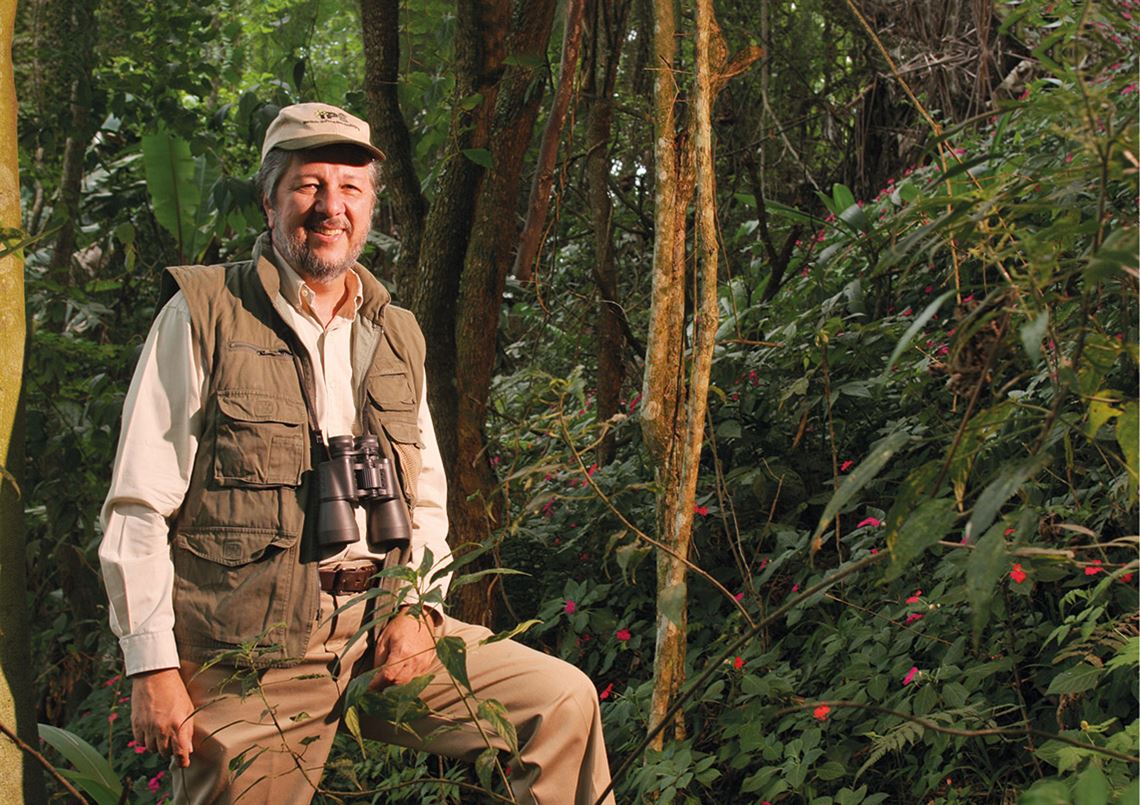 Cláudio Padua conducting research in the Atlantic Forest, in the Nazaré Paulista region, in 2012

Biologist and conservationist Cláudio Padua, 71, is one of the best-known names in Brazil’s socio-environmental movement. He has spent much of his extensive career studying the black lion tamarin, and in 1992 he and his wife, Suzana Padua, founded the Ecological Research Institute (IPÊ)—a nongovernmental organization that studies rare or endangered species in the regions of Pontal do Paranapanema and Nazaré Paulista in São Paulo, the Pantanal and Cerrado in Mato Grosso do Sul, the lower Negro River in Amazonas, and other areas of the Amazon. Now, he is preparing for another new challenge.

Over the last three months, Padua has been setting up a new research institute, this time focused on sustainable economics and business. “The intention is to make biodiversity economically significant without destroying it,” he explains. The new center, headquartered in Brasília, is scheduled to be inaugurated at the end of the year and will align research into agriculture with environmental conservation. The decision to open the new institute arose from the need for a specific school for business research, which is outside the scope of IPÊ, where the focus is environmental education and conservation.

Padua’s interest in environmental conservation was born from the frustration he felt with his professional life. In 1977, after seven years studying business administration, he realized that he was unhappy with the direction his career was taking. “I wanted to work with the environment, but at that time I couldn’t see any way to combine these two subjects,” he recalls. It was then, at the age of 30, that he decided to leave his job at a pharmaceutical company and restart his career. “After talking to some people in the field, I decided to go to biology school,” he says.

In 1981, during the last year of his biology degree, Padua was offered a position as a laboratory technician at the Center for Primatology in Rio de Janeiro (CPRJ) by primatologist Adelmar Coimbra Filho (1924–2016), at the time director of the institute. “That was when I started studying the black lion tamarin, one of the species researched by CPRJ.” The species, which is threatened with extinction, is São Paulo’s state animal and is mainly found in Morro do Diabo State Park, in the municipality of Teodoro Sampaio.

After graduating, he began a master’s degree in 1984 at the University of Florida, USA, where he studied the demography and genetics of the black lion tamarin in order to determine the status of wild populations. During his PhD, which he studied at the same institution, he investigated their behavior and conservation. “That was when research in the field of conservation biology really started,” he says.

Back in Brazil, Padua started teaching at the Luiz de Queiroz College of Agriculture at the University of São Paulo (ESALQ-USP). His plan was to create a master’s course focused on conservation. “Because the field was so new, it just wasn’t possible to establish such a course at ESALQ,” he says. To realize his dream, he decided to create the School of Conservation and Sustainability (ESCAS) at the IPÊ headquarters in Nazaré Paulista, offering master’s programs in biodiversity conservation and sustainable development and an MBA in environmental business management, as well as other short courses. Since it was founded in 1996, the school has trained more than 7,000 students, awarding 140 master’s degrees and more than 50 MBAs. “We expect to receive authorization to start teaching PhD programs shortly,” he concludes.