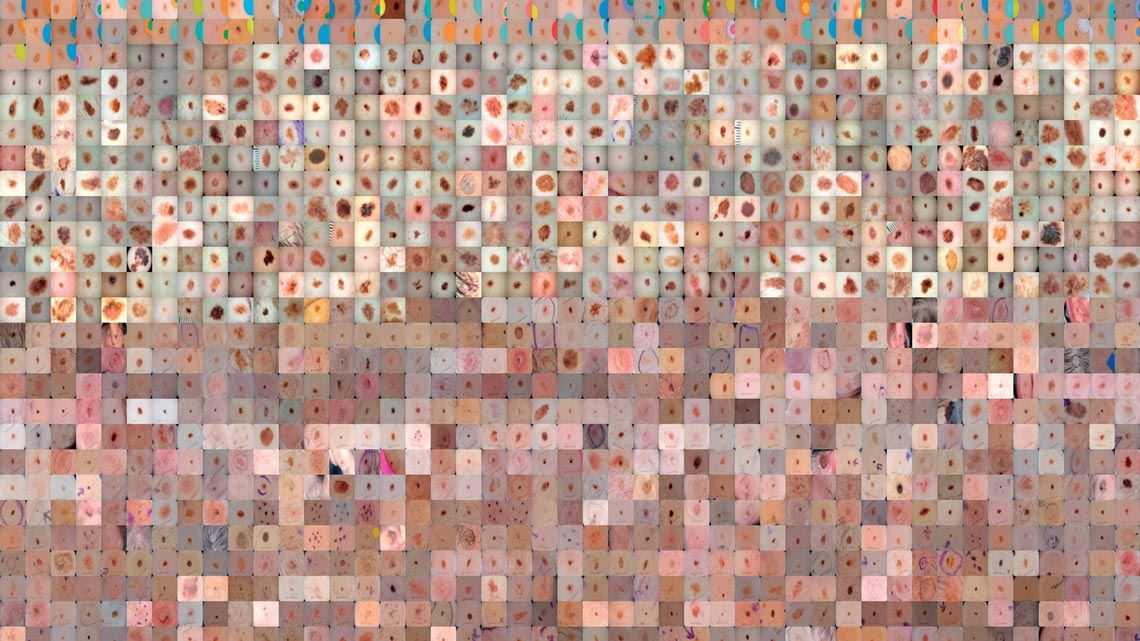 Images of skin lesions from an international database

Montage by Sandra Ávila using images from the ISIC archive

Two Brazilian research centers, one in São Paulo and the other in Espírito Santo, have developed a computer program capable of identifying and classifying skin cancer, the most common tumor in the world, which affects some 185,000 people per year in Brazil alone, killing more than 2,500 of them. At the University of Campinas (UNICAMP), researchers created a diagnostic system with an accuracy rate above 90%, higher than the average success rate of experienced dermatologists before a tumor is confirmed by biopsy.

“The idea isn’t to replace doctors, but to offer a diagnostic support tool,” stresses computer scientist Sandra Eliza Fontes de Avila, who led the study together with a colleague from the same field, Eduardo Valle. Avila is from the Institute for Computing (IC) and Valle is from the School of Electrical and Computer Engineering (FEEC). The research was funded by FAPESP and was recognized by Google’s Latin America Research Awards (LARA) as one of the 25 most promising academic research projects in the region for five years running between 2016 and 2020.

The system uses artificial intelligence and machine learning to compare images from a public database of more than 50,000 photographs of skin lesions obtained by dermatoscope, a device that takes enlarged, illuminated pictures of the skin. The algorithm analyzes the images, identifies patterns, and indicates whether the tumor is malignant or benign. According to the Brazilian National Cancer Institute (INCA), when skin cancer is diagnosed in the early stages, the patient has a greater than 90% chance of recovery. The more advanced the tumor stage, the lower the treatment success rate.

The software still needs to be improved before being introduced to the medical community. One challenge is to expand the profile of the samples in the database—the images collected in Brazil are compared with others from the USA, Australia, and Europe, where the populations are predominantly white.

The appearance of the tumors and the aggressiveness with which they progress, however, are different for each of the six existing skin phototypes. Comparing a photograph of a skin lesion on a black person with a database composed of white skin samples can lead to mistakes. “We need a database that reflects Brazilian diversity,” says Avila. The UNICAMP team is hoping to form partnerships with hospitals to obtain records from people with dark skin and establish a collection more congruent with the profile of Brazilians.

For now, the system is only programmed to identify melanomas, the most aggressive form of skin cancer, but also the least common, accounting for 3% of cases. The group plans to expand its diagnostic capacity to other types of cancer, such as basal cell carcinoma and squamous cell carcinoma, the two most prevalent forms.

The software works with images taken by dermatoscopes or by cell phones, but the results are not equal. While the success rate with dermatoscopic images exceeds 90%, it is only 70% for cell phone pictures. The researchers hope that advances in cell phone technology will lead to more accurate results in the future. 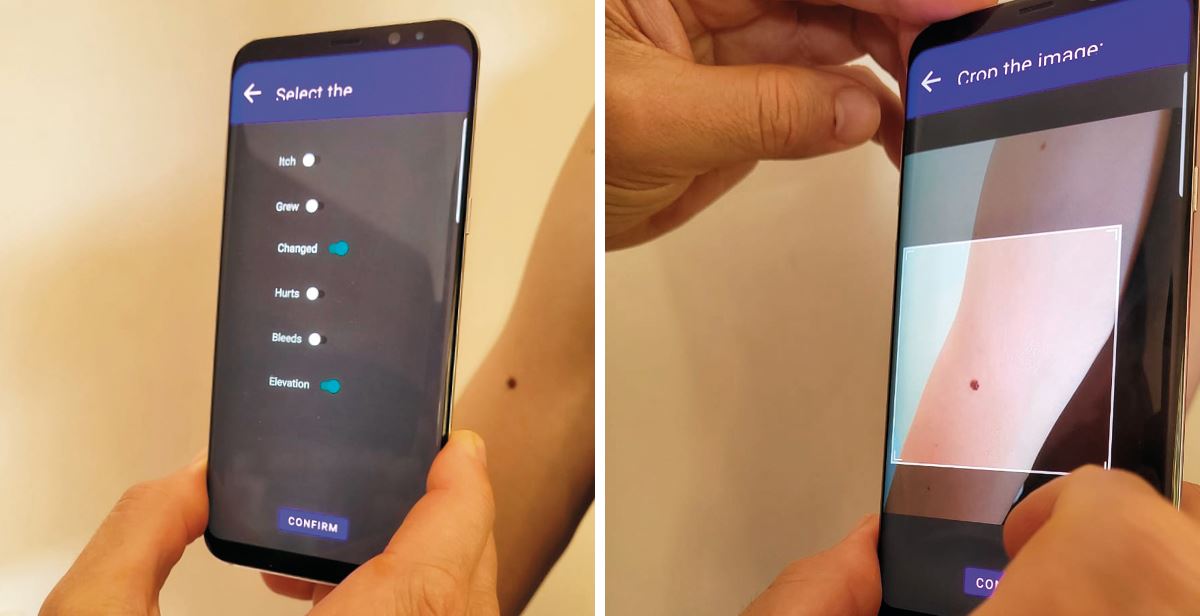 Diagnosing cell phone images would allow doctors to use the software to pre-assess patients and refer suspected cases to a specialist. “We believe this will be one of the main uses of our software. Many health centers and even entire towns in the countryside have no access to dermatologists and dermatoscopes,” says Avila.

The first major study to demonstrate the potential of using artificial intelligence to diagnose skin cancer was published by a group of researchers led by Holger Haenssler of Heidelberg University, Germany, in 2018. Comparing photos of skin cancer lesions against a database of more than 100,000 images of malignant and benign tumors, the system correctly diagnosed 95% of cases, a higher rate than achieved by a group of 58 experienced doctors, who were 86% successful.

The study, published in the journal Annals of Oncology, led to development of several digital skin cancer diagnosis systems. German company FotoFinder Systems was one of the pioneers in the field, launching a program in 2019 that compares images taken by dermatoscopes against a European database.

Various mobile applications claim to be able to diagnose skin cancer, but they are viewed with skepticism by physicians due to the lack of proof of their effectiveness. Most compare photos taken by cell phones with collections of dermatoscope images. Doctors do not encourage the use of these apps because they encourage self-diagnosis.

“The recommendation is to seek regular medical attention for skin cancer screening and detection. Cell phone applications should not replace these exams,” emphasizes Renato Bakos, from the Brazilian Society of Dermatology (SBD). Dermatoscopy, according to the doctor, is a technique with a learning curve. The use of dermatoscopic devices therefore requires constant training. Computer software, he says, can facilitate the diagnostic process. “Any technology that supports the early detection of skin cancer is welcome, as long as it is properly tested and proven effective,” he says.

At the Federal University of Espírito Santo (UFES), a group led by engineer Renato Krohling of the Department of Production Engineering, funded by Brazil’s National Council for Scientific and Technological Development (CNPq) and the Espírito Santo Research and Innovation Foundation (FAPES), created a skin cancer diagnosis program that uses its own Brazilian database of images taken by cell phones. In addition to the photos, the database contains additional information including patient data, the location of the lesion, the tumor type, and how the case progressed. Next, the group plans to add biopsy details for each case. “With this set of information, we will be close to achieving a success rate nearing 100%,” says Krohling.

The database is fed by information collected by the Dermatological and Surgical Assistance Program (PAD) run by the Department of Specialized Medicine at UFES, through which teachers and students have been helping farmers in Espírito Santo for over 30 years. The software is capable of classifying skin lesions based on photographs with varying resolutions and lighting conditions. It does not require dermatoscopic images.

Krohling believes the skin lesion database will reach the ideal size one year after the resumption of PAD field visits, which have been interrupted by the COVID-19 pandemic. This data is needed to complete the digital skin cancer diagnosis system. “At that point, we plan to release a mobile application to be used exclusively by the medical community,” says the engineer.